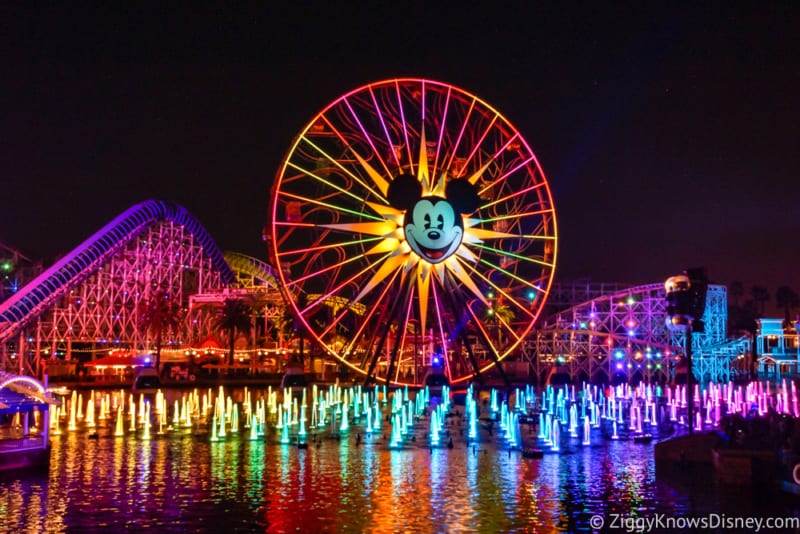 I’m sure by now you’ve heard about the story of James Gunn getting fired from the Guardians of the Galaxy Vol 3 project because of old comments he had made years ago (we have our own thoughts on that), but as collateral from that we also may have confirmation of a new World of Color Halloween show coming to Disney California Adventure called “Villainous.”

Many Guardians of the Galaxy actors and others have weighed in on their feelings about James Gunn’s firing and one of them is Bobcat Goldthwait who did the voice for Pain in the Disney film “Hercules.”  Goldthwait made an interesting post on Instagram the other day basically saying that he’s so upset with the whole thing that he wants the voice recording removed that he did for a new nighttime show in Disney California Adventure  called: “World of Color – Villainous.”  Speculation is that this show will be a Halloween edition of the regular World of Color ad will focus on the many Disney villains throughout the films.

I love @jamesgunn. He’s a loyal friend, super talented, passionate and kind. I wanted to say something, here it is: Dear @disney, I would hate for you to come off as hypocritical so I’m suggesting that you remove my voice from an attraction that’s coming to your park. It’s called WORLD OF COLOR – VILLAINOUS, and I reprise the role of Pain, a role I played in HERCULES. You see here’s the deal, years ago I made a lot of sarcastically shocking and offensive jokes. Many that I’m embarrassed about now, and I’d hate to make you guys look bad seeing that I’m openly critical of the president and his administration, and you seem to be taking your lead from some of his radical fringe supporters. I think James Woods may have recorded a voice for this new attraction, too. Why not check out some of his whacky past tweets?! They’re a hoot! For the record I do stand with survivors of sexual abuse and I was wondering if you guys are still making money off of your movie POWDER? Asking for a friend. Thanks, Bobcat

Right now World of Color is under a lengthy refurbishment that was already supposed to be finished by now and is now scheduled for “Late 2018.”  This version “Villainous” in that case probably wouldn’t be ready to debut this year but something Disney is working on for 2019.

Disney hasn’t made any formal announcements about a World of Color Villainous show, and this was probably not the way they wanted the news to get out.  Since it’s not confirmed yet it’s only a rumor, but it looks like Disney is indeed working on something for World of Color once it comes back.  Stay tuned for more info…