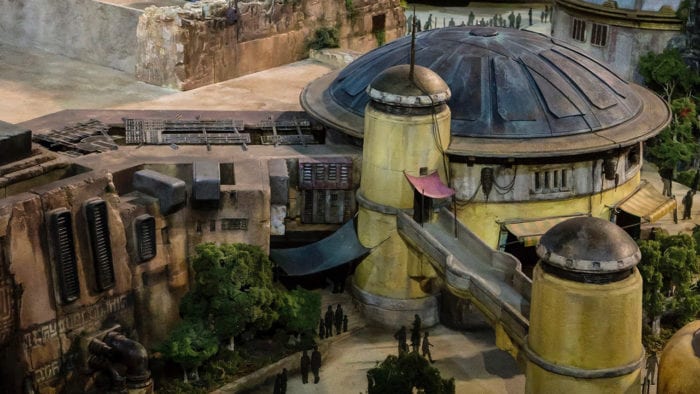 We have some real exciting news for you from Disney’s Hollywood Studios this week.  The One Man’s Dream attraction which showcases historic things from Walt Disney’s history is closing and being re-imagined to Walt Disney Presents and a Preview Center for future attractions.

Like it’s predecessor One Man’s Dream, Walt Disney Presents will show the history of Walt Disney, including photos, sketches and storyboards.  But what’s also interesting is the Walt Disney Presents will act as a preview center for guests where they can see the future attractions coming to Disney’s Hollywood Studios.  This works out perfect in light of the upcoming Toy Story Land and Star Wars Galaxy’s Edge being under construction now.  Guests will be able to see concept art, land and attraction models, ride vehicles, etc.

Disney has confirmed that there will be previews for Toy Story Land, Star Wars Galaxy’s Edge and the Mickey and Minnie’s Runaway Railway attraction.  It also will still continue to hold Character Meet-and-Greets with characters like Star-Lord and Baby Groot, as well as sneak previews of Disney films.

Here’s a Full Preview of the Star Wars Galaxy’s Edge Model from the D23 Expo:

No word on when Walt Disney Presents will be open, but it should be soon if they are going to have previews for Toy Story Land which is opening in 2018.  We’ll let you know about any new info that comes out!

I want to know what you think about the Walt Disney Presents Preview Center.  Do you like the idea of a preview center for future attractions?  Or would you like it to stay only as a tribute to Walt Disney?   Let us know in the comments section below!

'One Man's Dream' should be further developed as a lasting tribute to a man like no other. Nothing else should be in that space.

thanks for the comment Peggy. I understand your point of view, and I for sure want to see a tribute to the man who made it all possible. However I kind of like the idea of seeing a window not only into the past, but the future too..