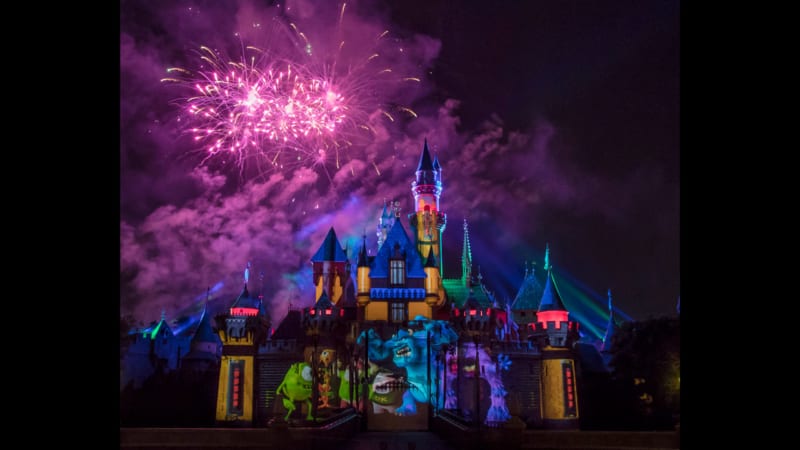 It’s going to be a great Summer in Disneyland this year as we’re eagerly anticipating Pixar Fest, starting April 13, which will celebrate your favorite Pixar characters and movies in both Disneyland Park and Disney California Adventure.  As part of Pixar Fest, today we got a new sneak peek at the “Together Forever A Pixar Nighttime Spectacular”, the new fireworks show coming to Disneyland Park.

Check out this new footage of: “Together Forever – A Pixar Nighttime Spectacular”

It’s going to be an incredible show full of surprises, like even Carl’s House from UP! flying over Sleeping Beauty Castle!  This won’t be the only new nighttime show coming to the Disneyland resort, as both the Pixar Play Parade is returning to Disneyland and the “Paint the Night” Parade is coming to Disney California Adventure!

Be there when “Together Forever – A Pixar Nighttime Spectacular” opens with Pixar Fest on April 13!

I want to know what you think about the Together Forever A Pixar Nighttime Spectacular sneak peek.