VIDEO: Behind the Scenes of “Together Forever – A Pixar Nighttime Spectacular” in Disneyland 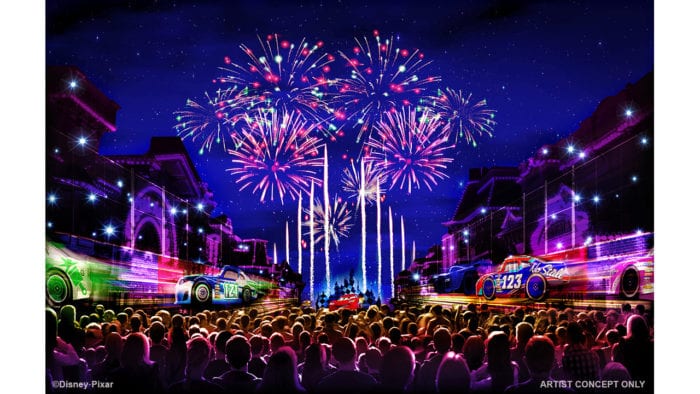 Everyone is looking forward to this Summer when Pixar Fest comes to the Disneyland Resort.  To get you even more pumped for Pixar Fest,  Disney made this behind the scenes look at the new fireworks show “Together Forever – A Pixar Nighttime Spectacular” coming April 13th.  This new show will combine pyrotechnics and of course memorable music which together celebrate the friendships formed in your favorite Pixar films.

In the video below, learn how the team behind “Together Forever” worked to create a score that celebrates the everlasting friendships forged by beloved Pixar pals.

Disney has hit it out of the park lately with fireworks shows, as the new show in Disney’s Magic Kingdom “Happily Ever After” is my current favorite nighttime show in any Disney park.  That gives me lots of confidence in the creative powers at work to bring us this new show in Disneyland.  Make sure to be in Disneyland on April 13th to see the debut of “Together Forever – A Pixar Nighttime Spectacular.”

I want to know what you think about the behind the scenes video “Together Forever A Pixar Nighttime Spectacular.”  Which part of Pixar Fest are you most looking forward to?  Let us know in the comments section below!