Toy Story Land Landscaping Starting to Come Together around Attractions 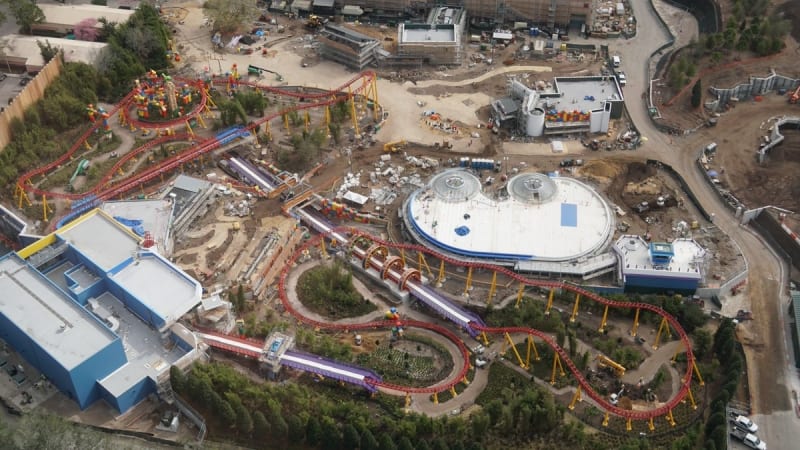 With only 4 months left till the opening of Toy Story Land on June 30th, lots of the construction of the attractions is winding down and we’re able to see visible details start to take shape.  Particularly lots of the Toy Story Land Landscaping is starting to come together around such attractions as Slinky Dog Dash and Alien Swirling Saucers.

Thanks to @biorecontruct on Twitter, we can see an aerial view of the Toy Story Land construction in Disney’s Hollywood Studios, and see all the progress taking place.

Here’s the latest update of Toy Story Land and gives you an idea where we sit now at the end of February.  Below is a bird’s eye view of the land.  Notice the Slinky Dog Dash Coaster in the back, the big white structure towards the left is Alien Swirling Saucers, and Toy Story Midway Mania and its new queue sit just the right of the photo: 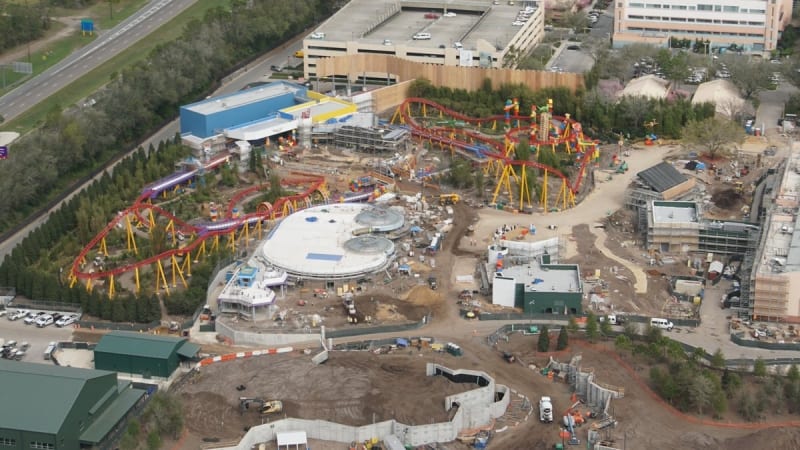 This is where guests will enter Toy Story Land once it opens.  They will come in from what is now Pixar Place and will turn onto the currently fenced in entrance area.  Expect the lines to go way back towards the Chinese Theater this Summer: 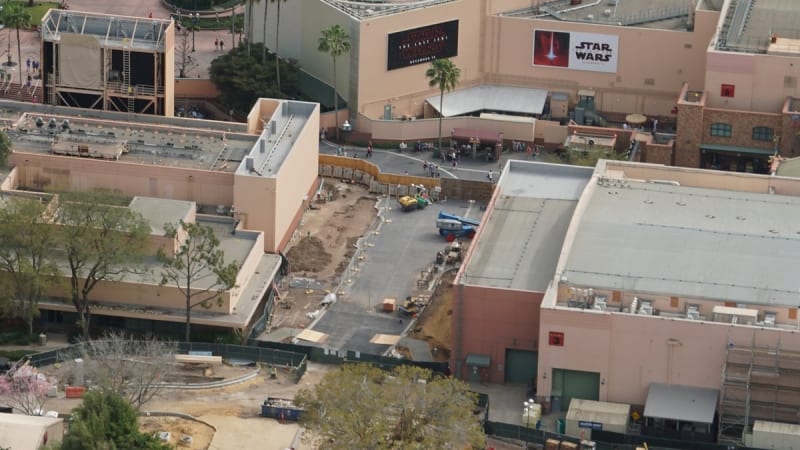 From this shot you can see the ever moving construction on the Toy Story Midway Mania queue.  The old queue which resides on the opposite side of the building will be gutted and this new interactive one will welcome guests from inside Toy Story Land which obviously makes more sense than the current setup: 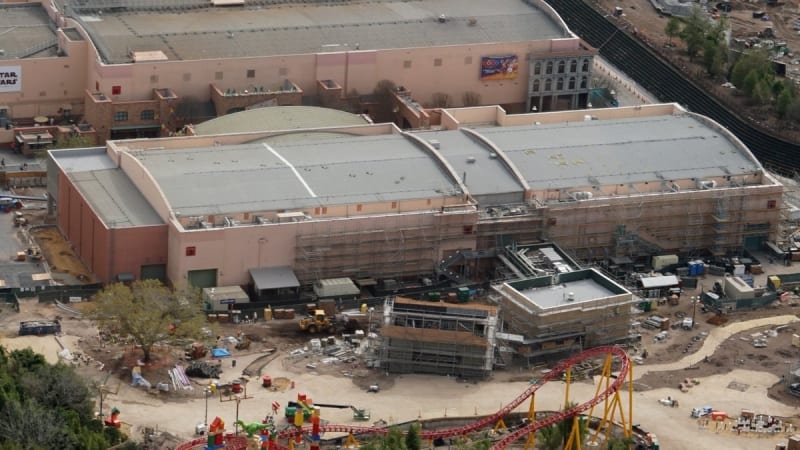 Looking at the other attractions you can see Slinky Dog Dash way in the back, and in front of it with the large flat white roof is Alien Swirling Saucers.  The green building even more in front of that is Woody’s Lunch Box: 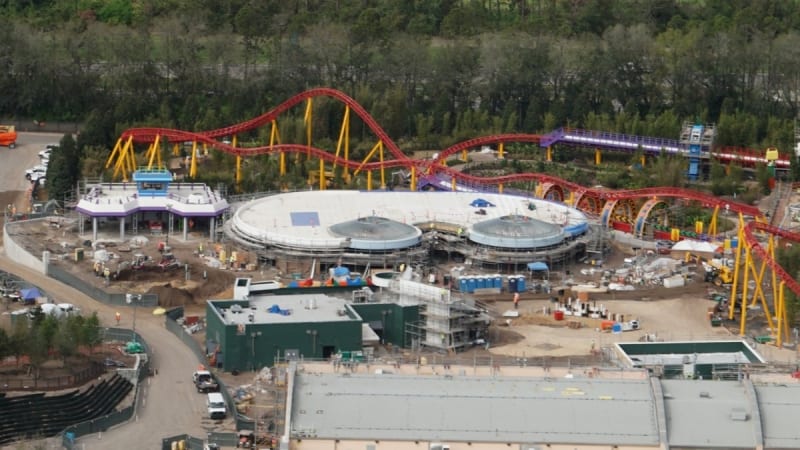 Here is another view of the same buildings.  However from this side you can see the theming clearly starting to go onto the outside of Woody’s Lunch Box, lots of colorful blocks line the wall: 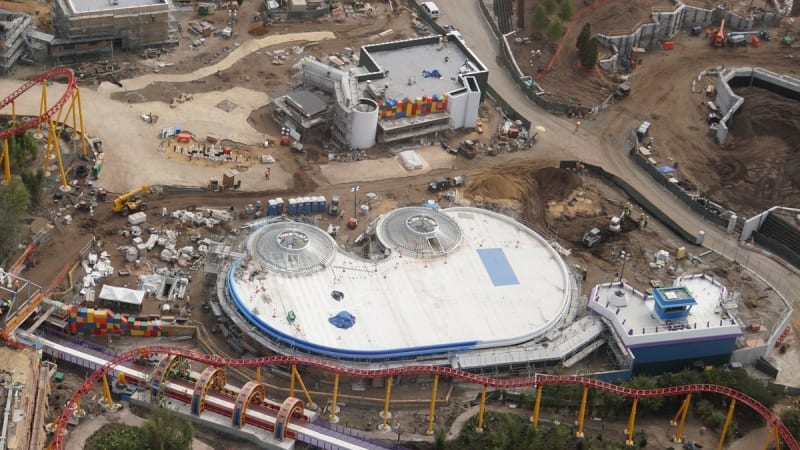 In this shot you can see a billboard for Toy Story Land in a backstage Cast Member area: 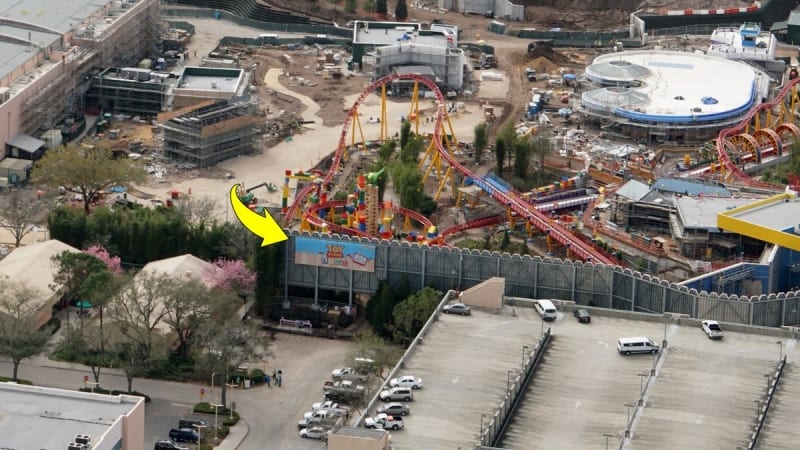 This next one is my favorite shot because it shows some of the Toy Story Land landscaping starting to come together around the attractions.  In this case trees and shrubs are filling in the empty spaces between the tracks of Slinky Dog Dash quite nicely.  You can also see the scaffolding is pretty much all down around the power boost area of the ride too: 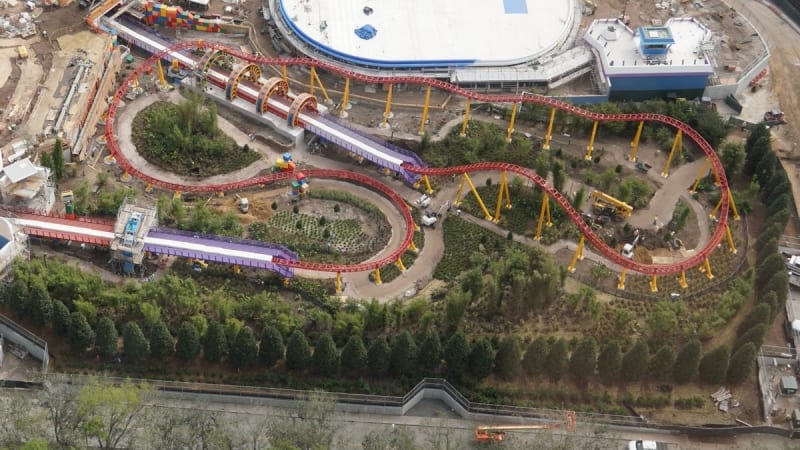 Around the other side of Slinky Dog Dash where the tall blocks with Rex and Jessie, you can also see new trees and other greenery being put in.  I expect this to increase by a lot by the time Toy Story Land opens: 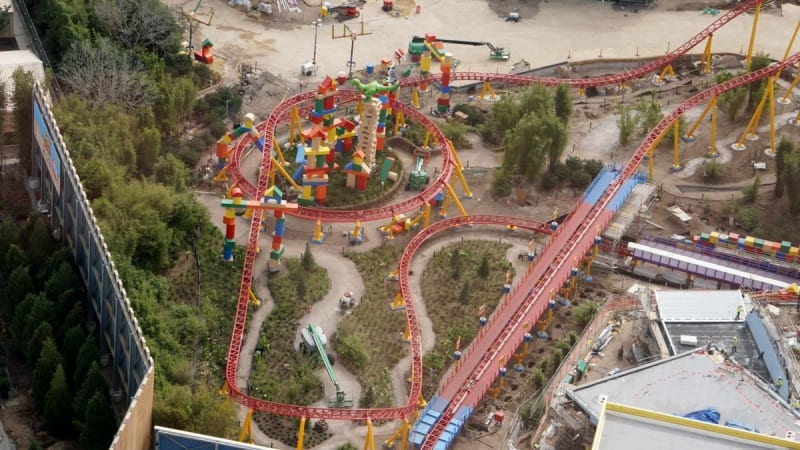 Last shot just gives you a view of both huge lands in Disney’s Hollywood Studios under construction together, Toy Story Land and Star Wars: Galaxy’s Edge in the back.  I also wrote an update on Galaxy’s Edge today so be sure to check it out: 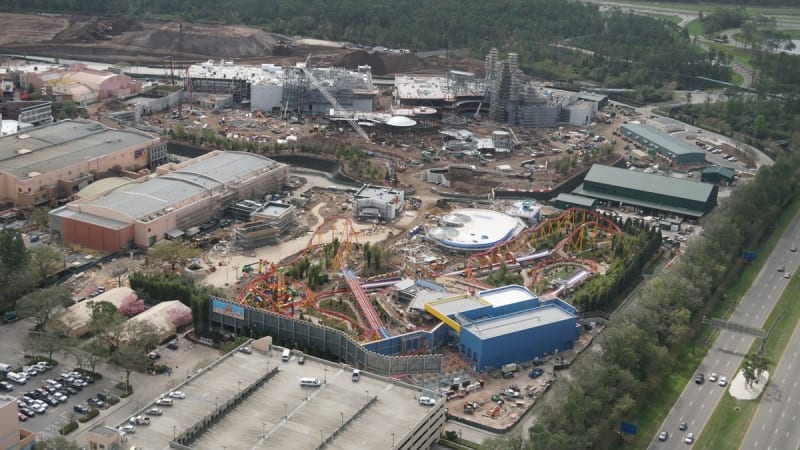 Toy Story Land will be opening June 30th, so with only 4 months remains, things will be moving very fast to get everything in place!  In the last couple weeks we saw a special video from Disney about the construction of Toy Story Land in Hollywood Studios and Shanghai Disneyland; we learned the Height Requirements for the attractions; the Extra Magic Hours during the Summer were announced and we even saw a video of Slinky Dog Dash running.  I don’t expect things to slow down anytime soon!

I want to know what you think about the latest Toy Story Land construction update.  Do you like the landscaping for Toy Story Land?  What are you most excited for?  Let us know in the comments section below!