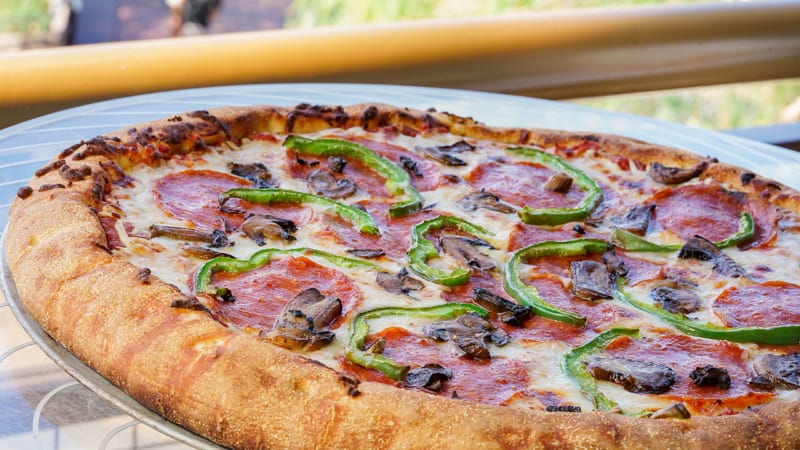 Alien Pizza Planet of course is famous for being in the Toy Story franchise of movies and so it’s only fitting it makes an appearance for Pixar Fest.  It’s been said that the aliens make the pizzas from the finest ingredients in the universe and some of the pizzas include: “Pepperonia is a special pepperoni pizza topped with green peppers and mushrooms. They’ll also be cooking up a hearty cheeseburger pizza with ketchup, yellow mustard and pizza sauce on a sesame seed crust and topped with cheese, caramelized onions, diced tomatoes, slider patties, a house-made burger sauce, and pickles.”

Don’t miss out on all the other fun this Spring/Summer during Pixar Fest including New Nighttime Shows like: “Together Forever—A Pixar Nighttime Spectacular,” “Paint the Night” parade, Pixar Play parade, the Pixar Pier transformation, the Incredicoaster and all the new Dining Options in Disney California Adventure.