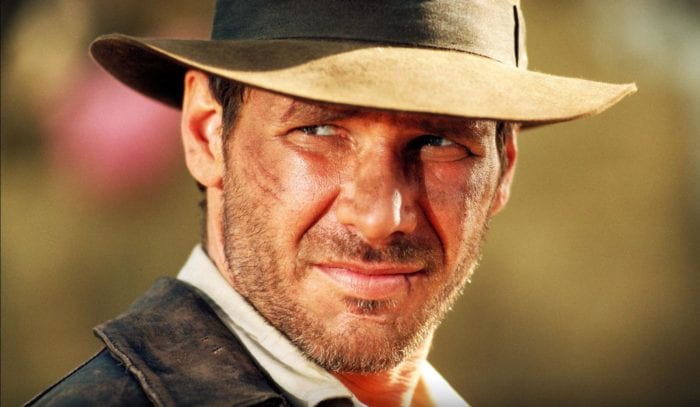 2017 has been one action-packed year for Disney Parks announcements.  One look back at the news from the D23 Expo will leave a Disney fan giddy over everything coming to WDW, Disneyland and other parks around the world.  The latest news in the rumor mill has an entire Indiana Jones Land coming to Disney’s Animal Kingdom and replacing the current Dinoland U.S.A.

Disney hasn’t yet commented on it yet, but an Indiana Jones Land makes sense in Walt Disney World.  First it would coincide with Disney’s trend of bringing IP’s to the parks and eliminating non-IP attractions.  We only have to look back to last week to see this is the case when we saw the end of the Universe of Energy and the Great Movie Ride, which are being replaced by a Guardians of the Galaxy Coaster and Mickey and Minnie’s Runaway Railway.  We also know Hollywood Studios has recently cleaned house to make room for the new Toy Story Land and Star Wars Galaxy’s Edge, in 2018 and 2019 respectively.

After buying the rights to Indiana Jones in 2012, and with a new Indian Jones film set to hit theaters in 2020, you can be sure Disney is just chomping at the bit to get more of a presence in Walt Disney World.  The massive popularity of the Indiana Jones Adventure ride in Disneyland would surely translate to the east coast.

I could see Disney’s Animal Kingdom being a potential location for multiple reasons, even though I’m not sure I would agree with the move.  First the Dinosaur attraction in the Animal Kingdom uses the the same ride track system as the Indiana Jones Adventure in Disneyland, enabling Disney could re-imagine the Dinosaur show building into a temple transforming the ride into one very similar to the California version.  It wouldn’t happen overnight, but it’s easier than developing a new attraction from scratch.  They just did it to the Tower of Terror in California Adventure, giving it a Guardians of the Galaxy overlay and making it the most popular attraction in the Disneyland Resort almost overnight.

The rumors say that the Boneyard Fossil Fun Site in Dinoland could be transformed into an archaeological dig site, leaving the area occupied by the TriceraTop Spin, Primeval Whirl and the Midway Games in question.  They hold a significant amount of real estate and would be big enough for a new E-Ticket attraction if they made the move.

I think the fact of Indiana Jones having more of a presence in WDW is only a matter of time, the only question is if it’s a good fit for the Animal Kingdom.  Yes Dinoland U.S.A. was built on the cheap due to the entire park going over budget, and many people would like to see it gone.  I guess since we already have Africa and Asia represented in the Animal Kingdom you could turn it into a South American themed land and Indy would be able to fit somehow, and a whole land overhaul is rare but not totally unheard of…see the new Pixar Pier coming to California Adventure.

But a whole Indiana Jones Land in the Animal Kingdom just doesn’t seem to fit for me, much like the rumored Zootopia Land coming to the Rafiki’s Planet Watch part of the park.

Yes many threw a fit when Avatar came to the park, but at least you could spin the message that Avatar preaches about conserving nature into the same mission statement of Animal Kingdom. But Indy there just feels like Disney trying to stuff more IPs into the parks wherever it can.  If anything it fits much better into Hollywood Studios imo.

Again Disney hasn’t said anything about the rumors so nothing is official, but the ideas are being thrown around which makes it interesting.  If anything comes of the rumors we’ll let you know as soon as we hear!

I want to know what you think about a potential Indiana Jones Land coming to Disney’s Animal Kingdom.   Do you think it’s a good fit?  If so what type of attractions would you like to see there?  Let us know in the comments section below!

The Indiana Jones Stunt Spectacular is more of a retro attraction. In my personal opinion, it is more of a break from the crowds and heat sort of attraction. I would really like to see a ride there. It is a large area and Disney Imagineers could come up with a spectacular ride that I believe would attract more guests. We visited this attraction once, and never again. Once is really enough, unless, you just need a break. Universal is developing a new land called, "Epic Universe", Star Wars Galaxy's Edge and the changes to Epcot are great, but Disney really needs to upgrade even more. Disneyland in California has so many more exciting rides and original rides than Fantasyland in Orlando. They still have "Alice in Wonderland", "Casey Jr. Circus Train", "Finding Nemo, Submarine Voyage", a much better "It's A Small World", "Mr. Toad's Wild Ride", "Pinocchio"s Daring Journey", "Snow White's Scary Adventure", "Storybook Land Canal Boats", all rides that have not been replaced, plus all the newer rides and attractions. Disney World closed "Mr. Toad's Wild Ride", "20,000 Leagues Under the Sea" submarine ride, "Snow White's Scary Adventures", etc. The New Fantasyland expansion was great, but really only added one thrill ride, "Seven Dwarfs Mine Train". Dumbo's Storybook Circus added twin Dumbo carousels, The Great Goofini Barnstormer changed in name only, and "Voyage of the LIttle Mermaid". "Enchanted Tales With Belle" is questionable as an attraction. The renovation of "Peter Pan's Flight" was nice, and what do we get from "Tangled"?-a themed restroom, a tower, and a sitting area. Walt Disney World's "New Fantasyland" is a far cry from the other Disney theme parks. It needs another "redo" I had to vent. They are in the process of making Epcot more Disney-fied, but Fantasyland needs more Disneyfying also.