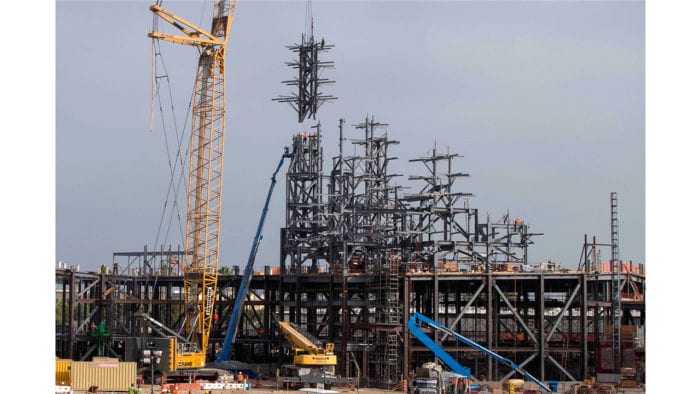 Yesterday in Disneyland there was a Star Wars Galaxy’s Edge milestone in the construction that had the project reaching new heights.  A 130-foot steel tower was installed which will be the highest point in Galaxy’s Edge.  And to celebrate the occasion Disneyland cast members got to do something real cool…

As part of a construction tradition signatures were placed on the beam of the tower, but at Galaxy’s Edge not only  the construction workers were asked to partake, but every cast member at the Disneyland Resort was asked!  Talk about a special opportunity!

The project will include 10,000 tons of structural steel and approximately 200,000 square feet of hand-carved rock work.  That’s a testament to the level of detail and care going into the project.

Besides that Disney has made it known that soon a special group of cast members are going to lend their expertise to the process of bringing the land’s two signature attractions to life.  They will be assigned to offer their unique knowledge of the parks, attractions and operations to inform and influence just how the attractions will allow guests to experience Star Wars in a totally unique way. 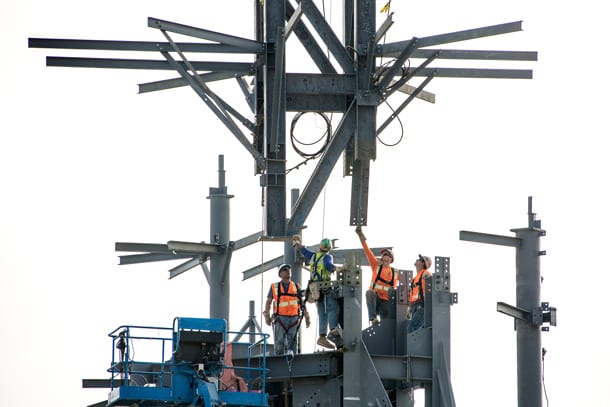 Not to be left out is the Star Wars Galaxy’s Edge construction progress over at Disney’s Hollywood Studios.  You can see from the photo that things are taking shape with a view of the Battle Escape attraction looking good.  Obviously it’s a ways behind the Disneyland version but we know Galaxy’s Edge in Hollywood Studios will be opening later in 2019 than the Disneyland version. 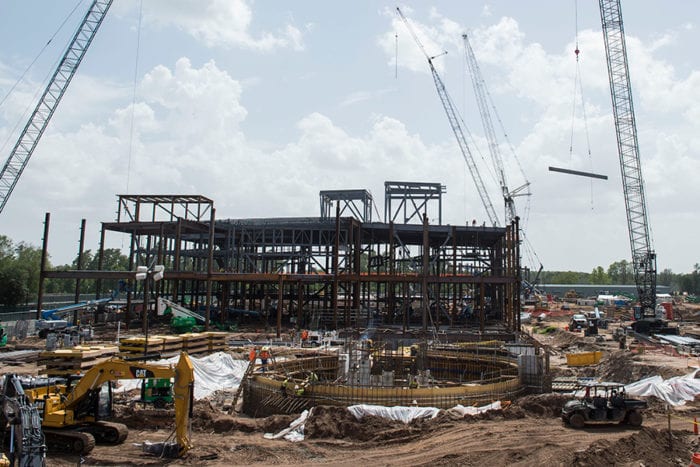 We got an up close look at the Star Wars Galaxy’s Edge Model at the D23 Expo last month and it was unbelievable!  So much detail:

I want to know what you think about the Star Wars Galaxy’s Edge milestone that was reached.   Do you think it was a cool idea to have the cast members sign the steel beam?  Let us know in the comments section below!