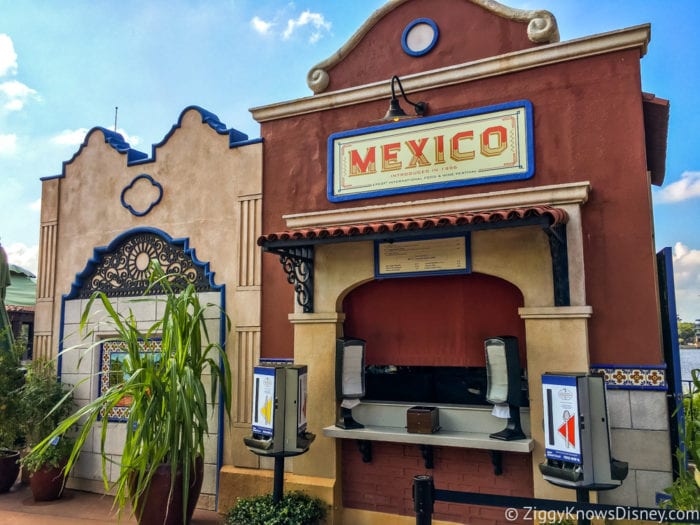 So this year Mexico has an entirely new menu, with all three things changed from last year, but bringing back an old favorite, the Rib Eye Taco, which replaces the Barbacoa Enchilada.  Also instead of the Taco de Camaron, we have a Tequila Chipotle Shrimp Taco, and instead of the Flan we have a Mousse.  In Mexico there was a big jump in price from last year with both entrees increasing by $1 each!! 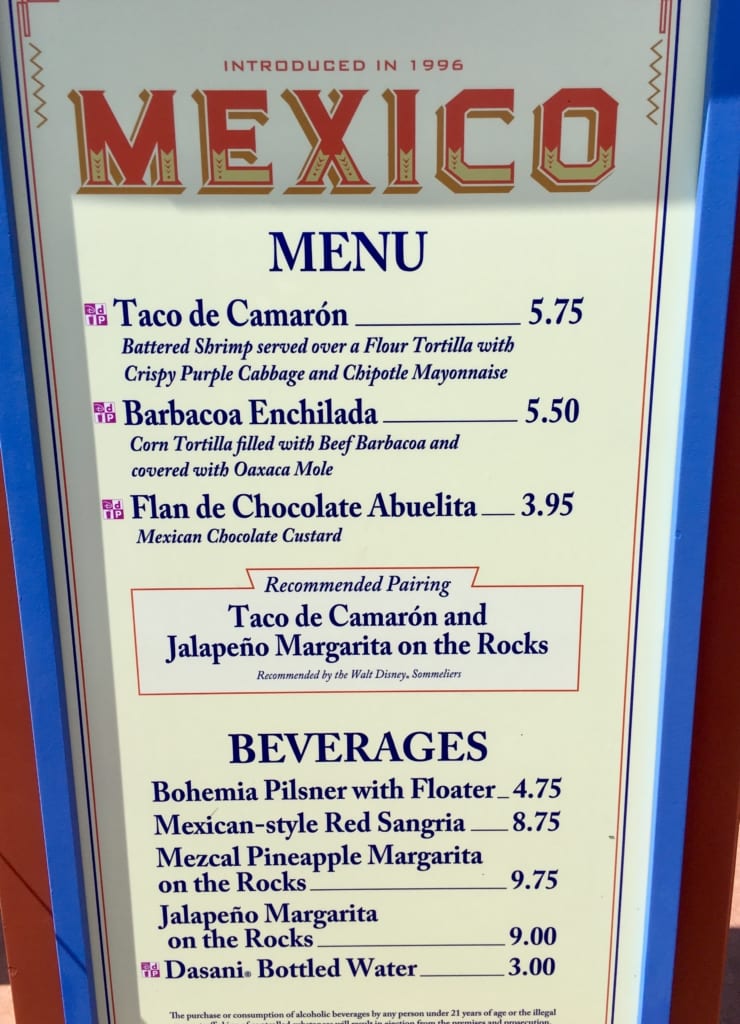 So you know I wouldn’t be stopping in Mexico without a Margarita, and what better one to get than the Classic Lime Margarita.  I’m at a struggle for words to tell you how good this thing is, really.  Everyone that tried it all had the same look of amazement when drinking it.  The margs in Mexico are always great, but this was really exceptional.  Had the perfect blend of tequila and lime juice, and all the ingredients tasted really fresh, not lime juice out of a bottle.  The rim was also perfectly salted, just how I like.  Really exceptional and rivals Frontera Cocina for the best Margarita in Walt Disney World!  Yeah, you should probably get one… 😉 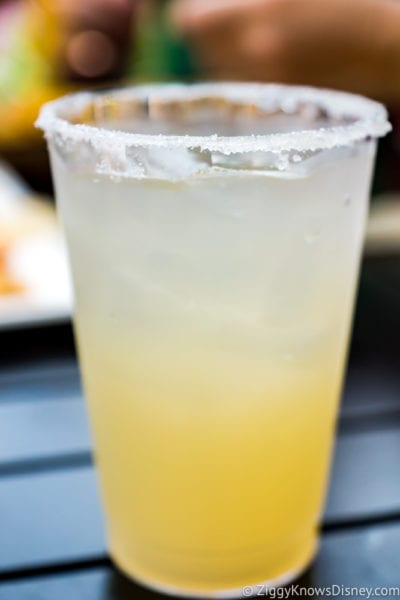 Next we tried the Tequila Chipotle Shrimp: Served on a Black Bean Huarache garnished with Red and Green Cabbage, Queso Fresco and Crema Mexicana.  Mexico always has a shrimp taco it seems, and this was pretty good, but not as good as last year imo.  The shrimp were tasty, cooked right, lightly fried.  The cheese sauce was really good too, rich, but there wasn’t enough of it on there and you couldn’t taste it over the black beans.  I like black beans, but that seemed to be all I tasted.  Also, I don’t know what the shell (Huarache I believe) is made out of, maybe beans too, but I didn’t like it, too stiff, and had a funky taste.  Shell from last year’s taco was more traditional and tasted better.  While I didn’t hate it, I was a little disappointed. 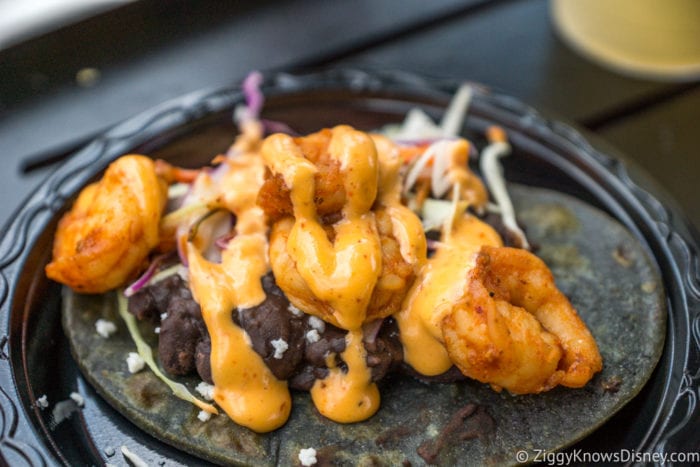 Mexico always seems to have a shrimp dish, and it always has a beef dish next to it.  So we tried the Rib Eye Taco: Marinated Rib Eye, Roasted Chipotle Sauce and Grilled Scallions on a Corn Tortilla.  This too seemed better in the past.  The meat that was on there was very tender and succulent, pretty good, but just not enough of it for the price. The tomato based sauce was a hit with everyone, smooth and the tomato didn’t overpower the meat.  It’s just hard justifying the price, I mean with almost $7 you can go to some of the best Taco stands in the country and get 2 for that price which are much bigger too.  This was a corn shell, which was also really hard and ripped when we went to fold it, which made the sauce drip everywhere.  I have seen other pics from other people, where it looks like a flour tortilla, so I’m not sure it’s always the way it was served to me.  Again, it’s pretty tasty, but beware you are paying a high price. 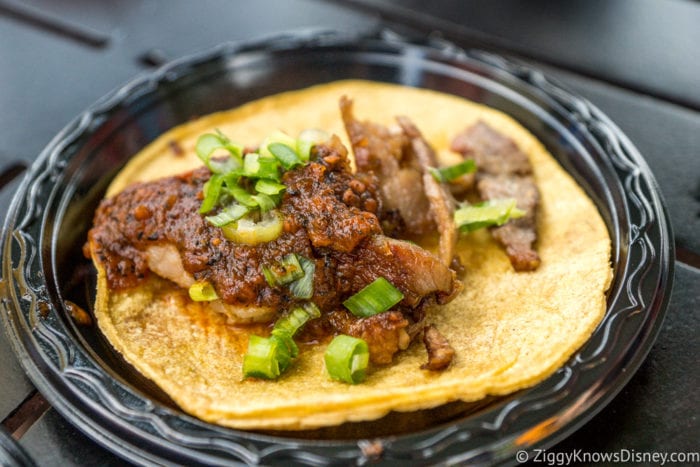 Lastly is the Cajeta Mousse served with Cajeta Sauce and White Chocolate Flakes.  The desserts in Mexico are usually pretty good, though I didn’t like the Flan from last year.  This one is more palatable, a caramel mousse and even more caramel sauce drizzled over the top of it.  Very smooth and creamy, probably because of the goat’s milk it’s made from.  I’d say it’s worth a shot and probably the best thing here as far as food goes this year.

I have to drop Mexico down a bit from last year unfortunately.  Again, not because the food was necessarily bad, it wasn’t, but for one the price was too high for what you were getting, and second there was one or two changes that could have been made to each dish that would have dramatically improved the quality of the dish.  The Classic Margarita, while expensive, is life-changing, so give that a try for sure!!

If you have to get just one thing: Classic Lime Margarita

I want to know what you think of my Mexico Review 2017 Epcot Food and Wine Festival.  Which was your favorite item?  Where does it rand on your list of 2017 Food and Wine booths?  Let us know in the comments section below!