In December we had a first look at Pixar’s next film Coco, the story of a young Mexican musician Miguel (voiced by Anthony Gonzalez), who goes on a strange journey in search of his idol, musician Ernesto de la Cruz.  This leads him to the land of the dead where he runs into his ancestors and he learns about his past.  Pixar just released the first Coco poster: 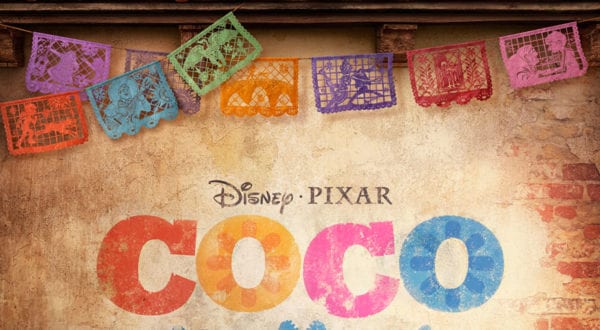 Coco welcomes Director Lee Unkrich and Producer Darla K. Anderson as the Oscar and Golden Globe winning duo from Toy Story 3 and they hope to pick up where they left off.

The release of the Coco poster this week means there’s a Coco trailer coming soon, perhaps next week.  Coco has a release date of November 22, 2017.

I want to know what you think about the First Look at Coco.  How does the film look to you?  Will you be going to see it when it comes out?  Let us know in the comments section below! 🙂