Model of Pixar Pier Revealed Showing Incredicoaster and other Attractions 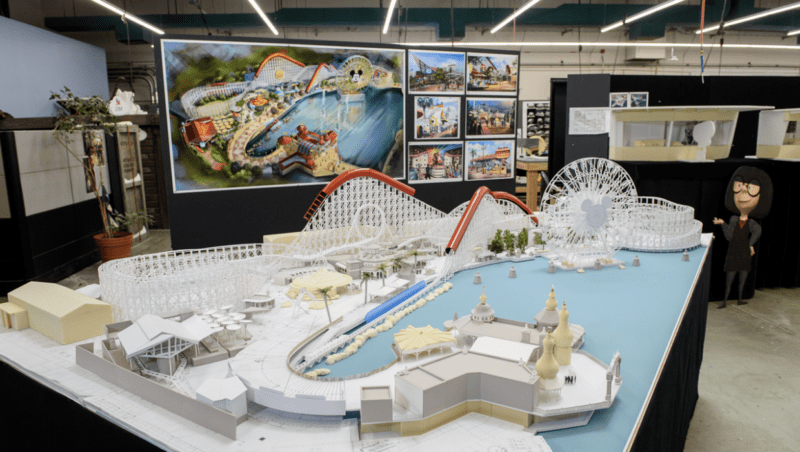 As we heard at D23 Expo this past Summer, Paradise Pier in Disney California Adventure is going away and Pixar Pier is coming to stay.  Today Disney released a new model of the Pixar Pier, which will move away from the California seaside setting to a whimsical land filled with your favorite characters from the Pixar movie studio.  Here’s a look at what the Pixar Pier model Walt Disney Imagineering is working on.

Pixar Pier will include themed attractions, food and merchandise, this area will introduce new neighborhoods representing beloved Pixar stories.  First there will be an entire neighborhood inspired by “The Incredibles.”  The most dominating of the attractions will be the Incredicoaster, taking the place of California Screamin’, which will have a new mid-century-modern-style loading area inspired by the Parr family home.    This fits with the Disney film release schedule seeing as Incredibles 2 hits theaters in Summer 2018.  will be anchored by the Incredicoaster, which will feature a  as seen in the upcoming “Incredibles 2.” 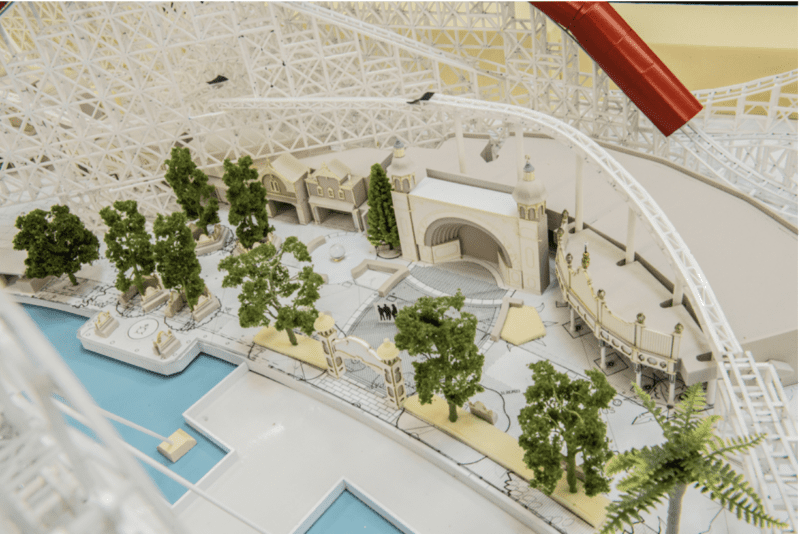 There will be another Pixar neighborhood too, this one will be a celebration of many of your favorite Pixar stories and will include the Mickey’s Fun Wheel as its focal point.  Each of the 24 gondolas on the wheel will feature different pairs of Pixar pals.  Also the Games of the Boardwalk, all of the midway games will be inspired by characters from films such as “a bug’s life,” “WALL·E” and the Pixar short “La Luna.”

Pixar Pier is opening in Summer 2018, and also look for the first-ever Pixar Fest celebration, which begins April 13.  The celebration will include the new “Together Forever – A Pixar Nighttime Spectacular” fireworks spectacular as well as the return of Pixar Play Parade and “Paint the Night” parade, and much more throughout the Disneyland Resort.

I want to know what you think about the New Pixar Pier model for Disney California Adventure.  Do you like the look Pixar Pier?  How would you like to to be?  Let us know in the comments section below!