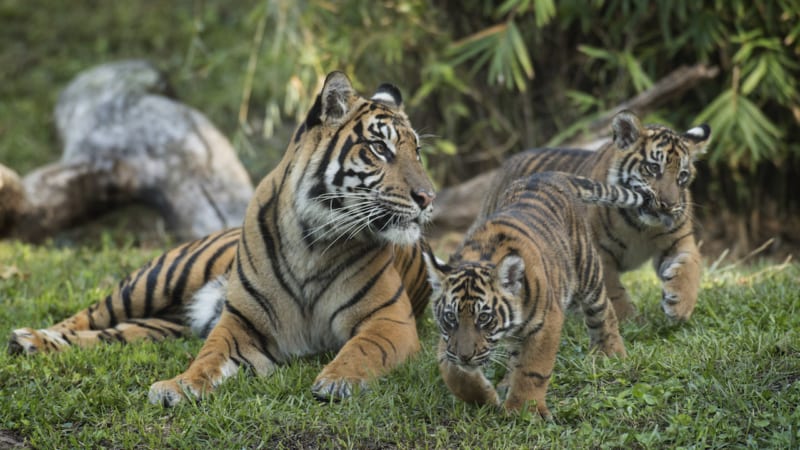 About four months ago we were happy to report about the New Sumatran tiger cubs Anala and Jeda who were born in Disney’s Animal Kingdom.  Now this week guests will have a chance to see them in person as the new tiger cubs are now on display on the Maharajah Jungle Trek.  The super cute brother and sister cubs will be made visible periodically so don’t get discouraged if they aren’t there the first time you go.

Disney released some new photos and a video of them in their new habitat:

These are such incredible creatures and its amazing watching them roam around and playing with each other! ? 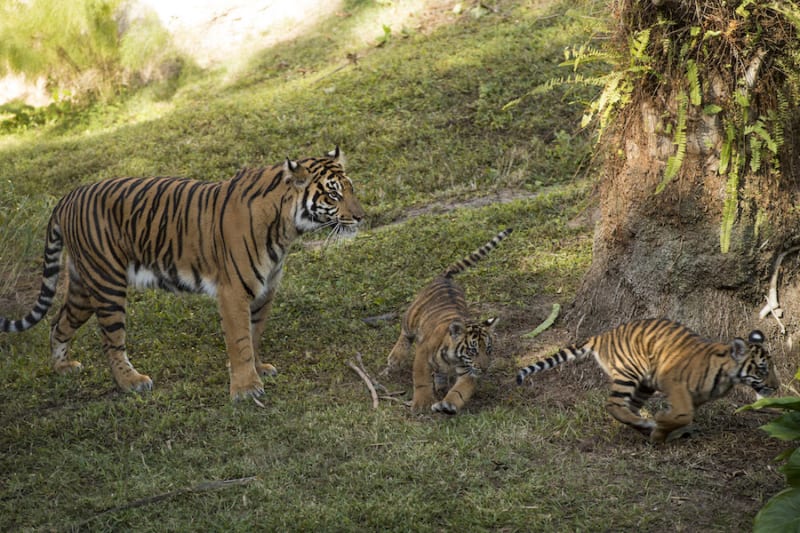 Of course Disney is trying to help others become aware of the importance of worldwide conservation and understanding of Sumatran tigers, which is a critically endangered species with only about 500 left in the wild.  At least with Anala and Jeda it just increased by 2!  Disney participates in the Species Survival Plan, a breeding program through the Association of Zoos and Aquariums which helps ensure a diverse, healthy population of threatened and endangered species for years to come. 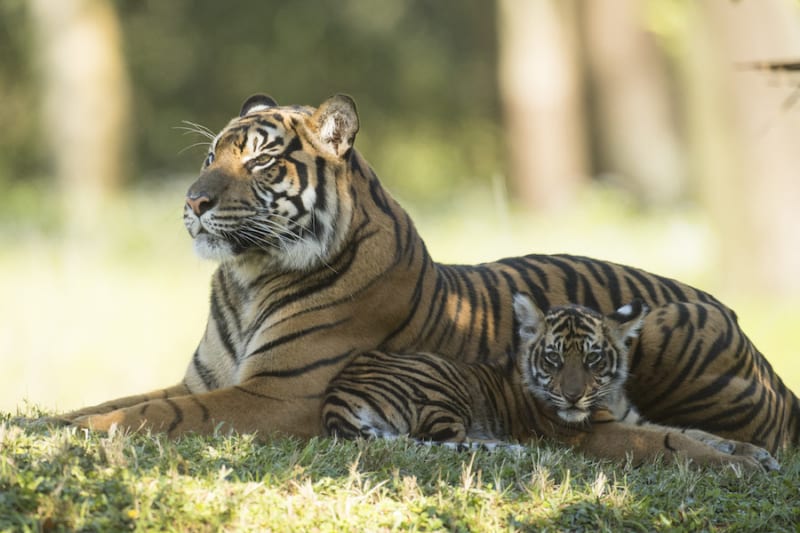 The dedicated and highly trained team of animal care experts and veterinarians in Disney’s animal Kingdom have spent three years preparing for the birth of these Sumatran tigers and provided them with the best possible care so they can grow and thrive.  You’ll be happy to know that the tiger cubs also have a new play area backstage where they can learn to swim and climb before venturing out into the Maharajah Jungle Trek. 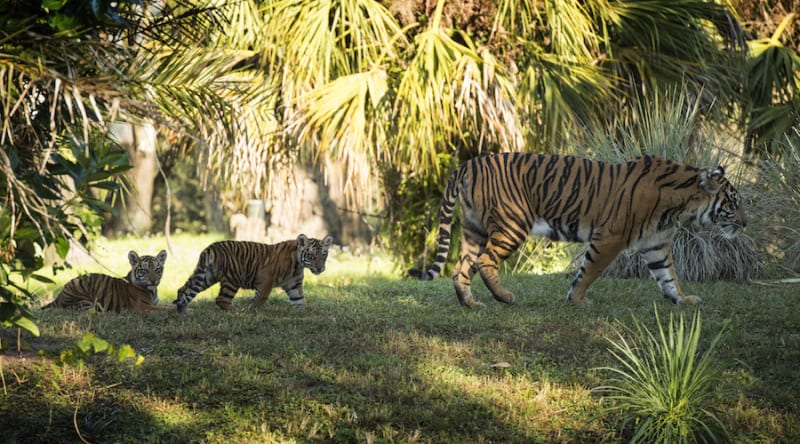 The Disney Conservation Fund (DCF) is working with groups like the Wildlife Conservation Society on its Reverse the Decline initiative to develop strategies for saving these majestic animals.

I want to know what you think about the Tiger Cubs being on display at Disney’s Animal Kingdom.  When are you going to see them?  Let us know in the comments section below!