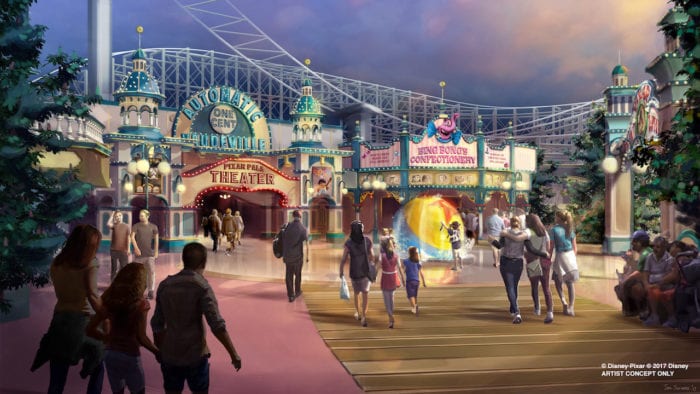 Of course we were super excited about the new Marvel-themed Land with attractions for Spider-man and The Avengers, but we also heard about more upgrades coming to the Disneyland Resort.  Yesterday at the D23 Expo Bob Chapek Chairman of Walt Disney Parks & Resorts, announced that in 2018 the Paradise Pier will be renamed Pixar Pier, but not in name only.

Pixar Pier will feature a brand-new look and some of your favorite characters who come to life on this seaside waterfront.  Expect to see characters from “The Incredibles,” “Inside Out” and possibly “Toy Story.”  This fits in nicely as Toy Story Midway Mania is already there and will blend seamlessly.

When is this coming?  Pixar Pier will be permanent, but it will open in a new limited-time celebration taking place throughout the Disneyland Resort in 2018 — Pixar Fest!  One question that comes up is whether or not The World of Color will continue or not?  It seems like it will based on this next announcement…

Another par to Pixar Fest will be at Disneyland park where there will be a brand-new fireworks spectacular as well as the return of the guest favorite, Pixar Play Parade.  This popular parade is moving across the Esplanade, which means that the popular “Paint the Night” parade is returning, only this to Disney California Adventure park!  And with it will be a new float joining this already amazing nighttime parade.  Wow!! Mind Blown!

I can’t get over this concept art of the new fireworks show, it looks incredible and I want to hear more: 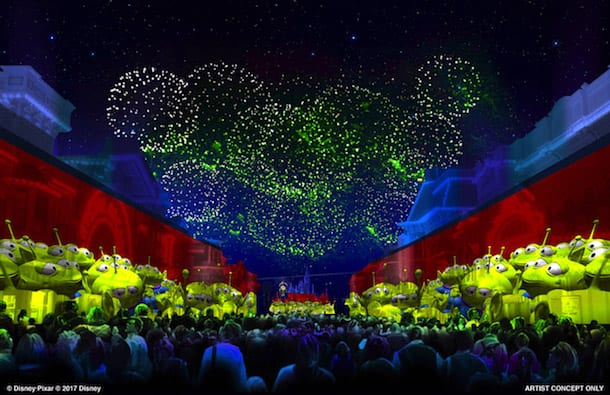 Disney announced there will be more details coming soon about Pixar Pier and Pixar Fest so stay tuned.

We’ll have more details to share on Pixar Pier and Pixar Fest in the months to come, so keep your eye on the Disney Parks Blog!

I want to know what you think about Pixar Pier and New Fireworks Show Coming to Disneyland Resort.  Let us know in the comments section below!