This is a Tron Roller Coaster in Disney’s Magic Kingdom Construction Update for October 2018.  The last time we updated the Tron Roller Coaster we saw construction cranes being moved onto the site as well as bulldozers flattening the land in preparation of the building’s foundation.  Now we see why the project is talking so long as Disney is re-routing the drainage canal from in front of the construction site to behind it with huge retaining walls.

A couple months back Disney dropped this sign on the Walt Disney World Railroad track to build excitement for the project, but we haven’t seen much visible progress since then, until now when things really look to be moving. 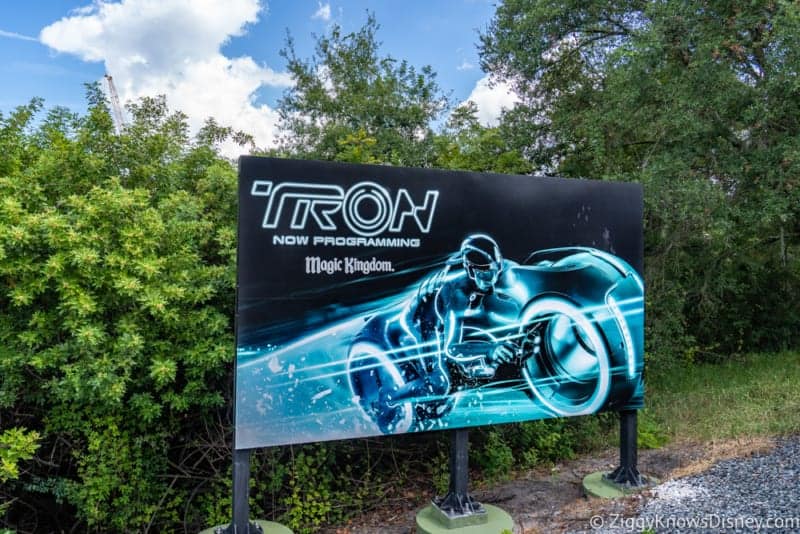 We thank @Bioreconstruct who always takes amazing shots of the construction going on around Walt Disney World property, especially the ones from the air!  Let’s dive in and see what’s new this time…

Here is an amazing shot of the Magic Kingdom from high up above everything.  It all looks so small from up here doesn’t it?? 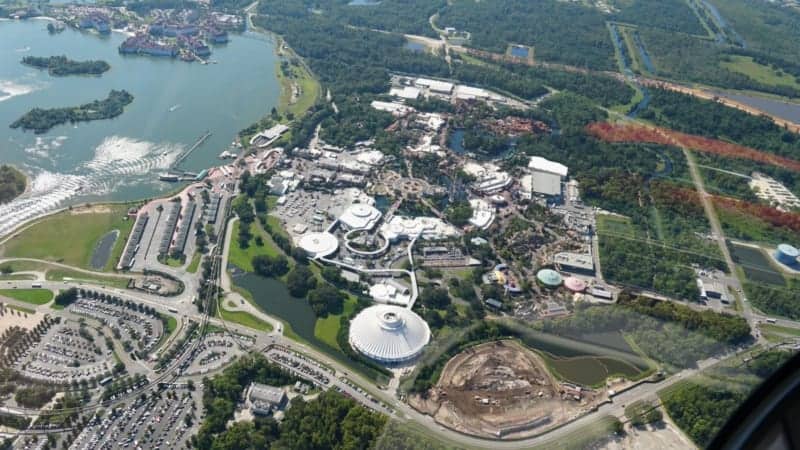 This is a beautiful shot from behind the Contemporary Resort with Bay Lake Towers on the right, Space Mountain in the distance and the Tron construction site to the right of that: 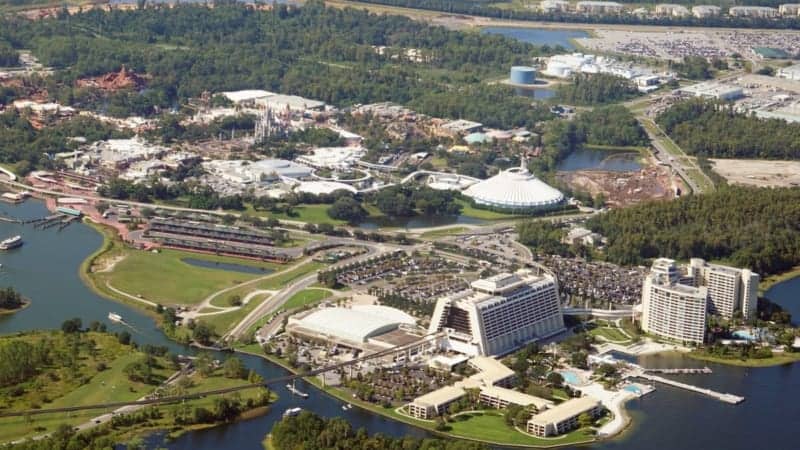 So the first thing that jumps out at you is the sheer size of the Tron coaster site.  Everything together, it’s significantly bigger than Space Mountain.  However not all that space is going to be used for the attraction show building, but also for a drainage canal which is going to be relocated. 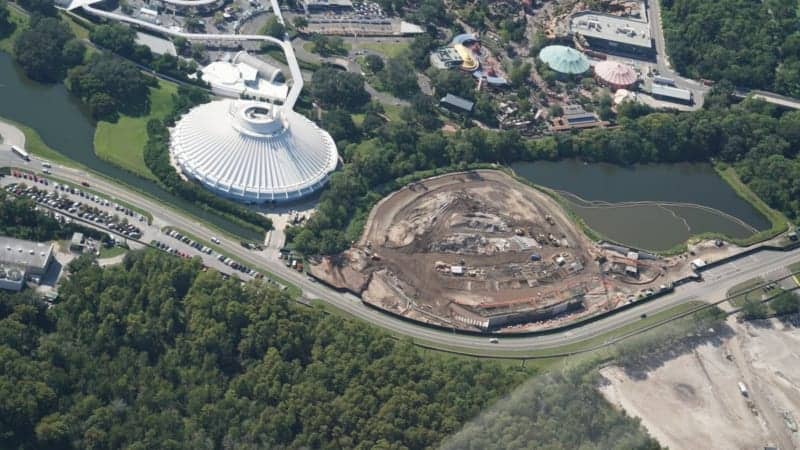 Right now if you look at the above picture, the canal comes in from the left side in front of Space Mountain, and then passes under the ground and in between Space Mountain and the Tron construction site and into the retention pond on the right.  Instead new permits submitted from Disney to the South Florida Water Management District reveal that the new canal will run between World Drive and the Tron site.

The below permits show it in better detail: 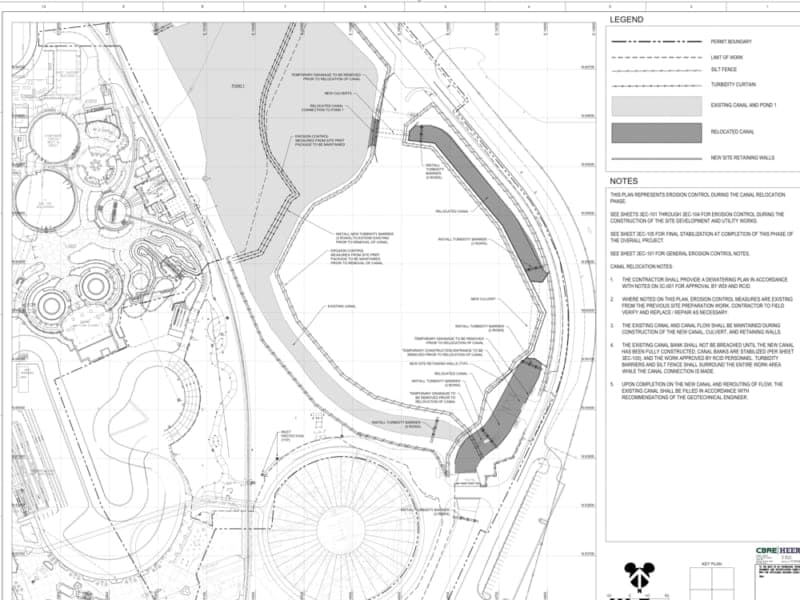 The light grey path was the old canal, the dark grey going up the right side of the plans in the new canal: 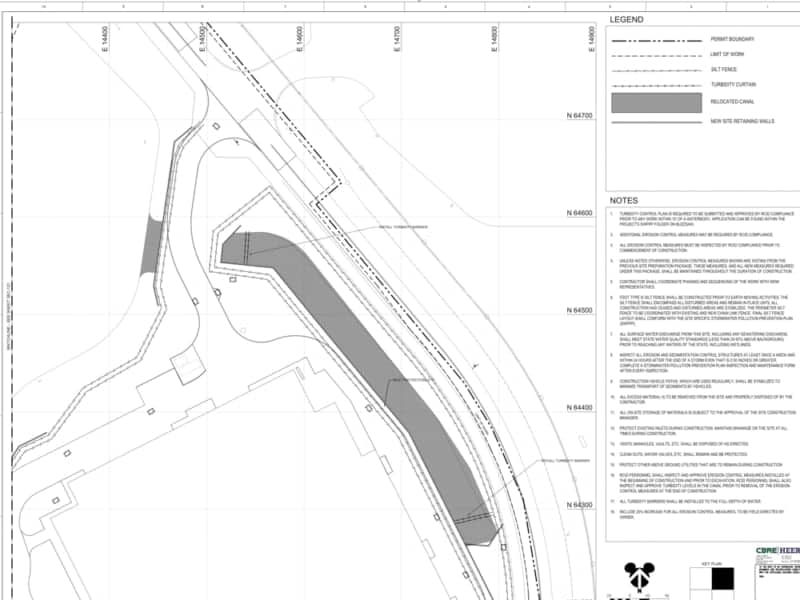 It’s going to be held in place by a huge retaining wall which will route the canal through an underground tunnel and into the pond. 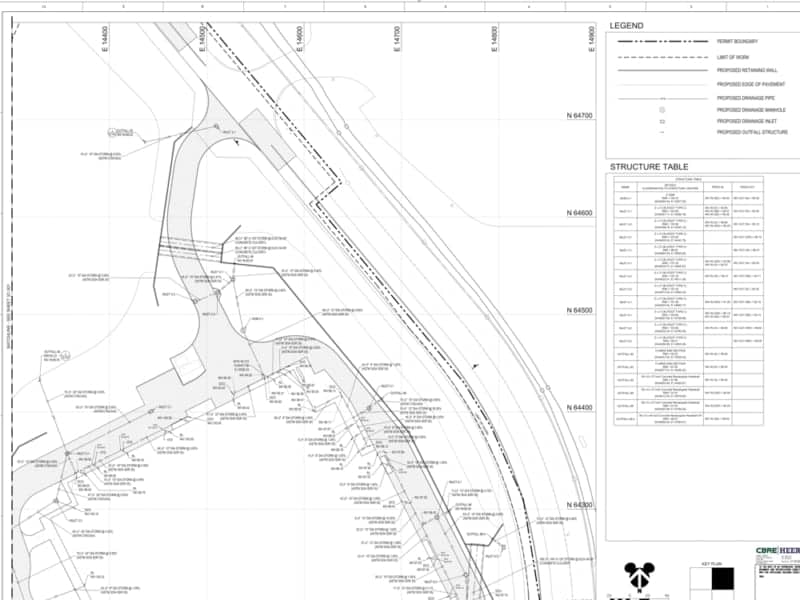 In this shot you can see a better shot of Space Mountain on the left (the arrow indicates the attraction’s re-routed exit path.  The canal comes from the left and will go under the tunnel and along the front of the Tron site near the road, where you can see a big concrete retention wall going up: 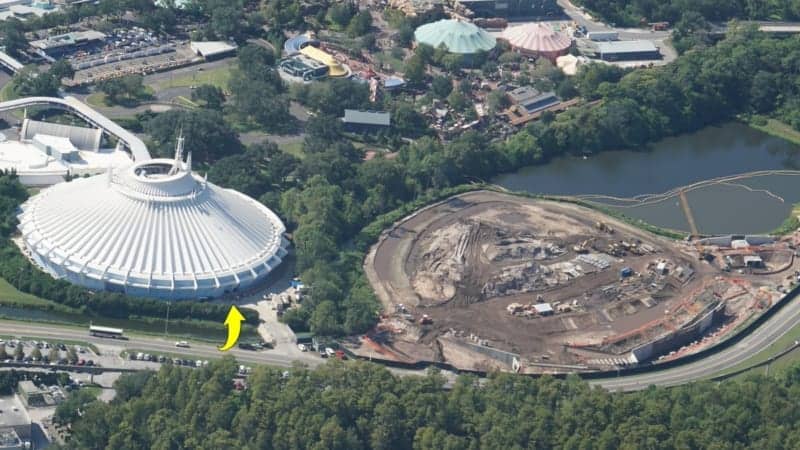 Here’s an even closer look at the wall.  The sight is really massive! 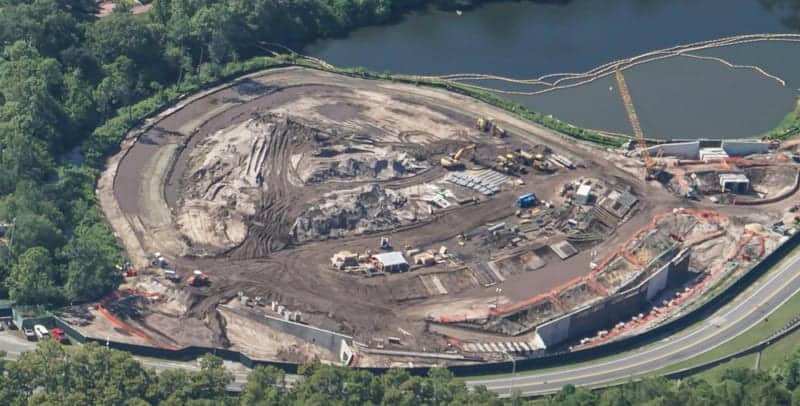 Across the street from the Tron construction site you can see the Liberty Square Riverboat docked and getting refurbished: 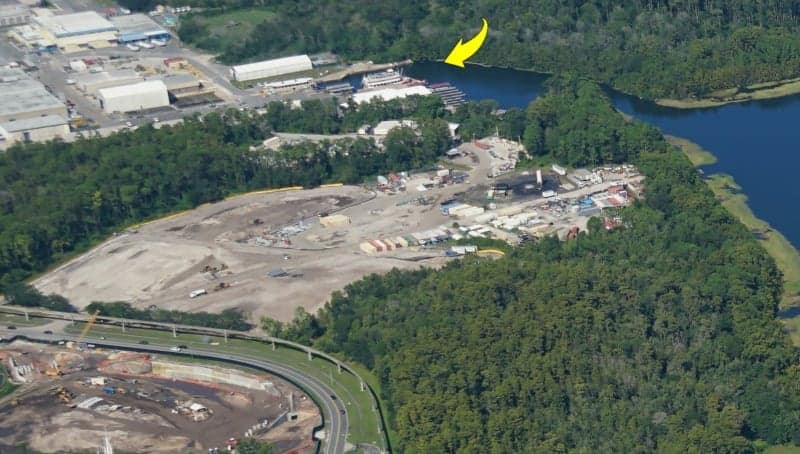 All of the re-routing of the canal system has to get finished before structure work on the Tron roller coaster and show building starts, but it looks like they already have a good size cup on it and could be done in a month or two.

The Tron Roller Coaster is expected to open in time for the Walt Disney World 50th Anniversary, we’re probably looking at Summer 2021, sometime after the Guardians Coaster goes in Epcot.  No word yet if it’s going to be a direct clone of the Shanghai Disneyland version or different.  If I were to guess I would say the trek is going to be identical, with maybe some slight changes to the show building/queue area.  Don’t expect a different coaster though imo.