It’s been a little while since we’ve looked at the progress on Toy Story Land in Disney’s Hollywood Studios and there’s been some changes to the land since last time, including some new details installed on the Slinky Dog Dash coaster, and progress on the Alien Swirling Saucers too.  Thanks to @bioreconstruct we have some great areal shots of Hollywood Studios.  So let’s take a look and see what’s new in this Toy Story Land Construction Update October 2017.

Here’s an overview of Toy Story Land under construction: 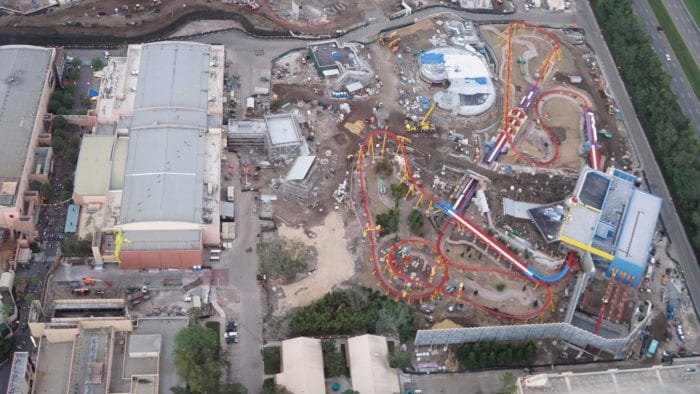 Here you can see the work being done on the New Entrance to Toy Story Land in the current Pixar Place.  The entrance will go between the Walt Disney Presents building and Toy Story Midway Mania, making a natural entrance point.  It’s still unknown exactly what Disney will do with Pixar Place once Toy Story Land is done: 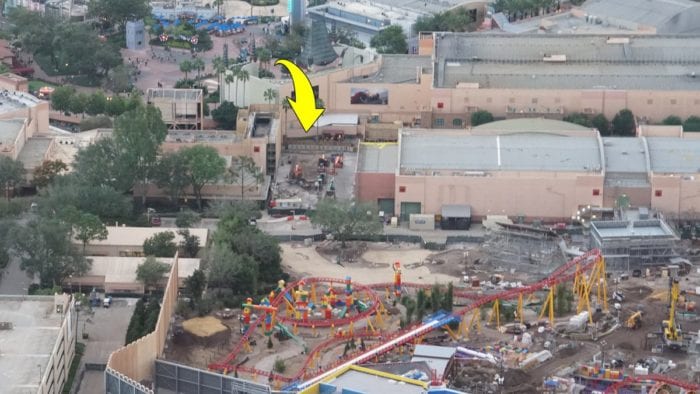 One reason being that the New Entrance to Toy Story Midway Mania will now be moved from Pixar Place, to Toy Story Land, essentially flipping sides of the building.  In the top of the photo you can see the entrance way being built: 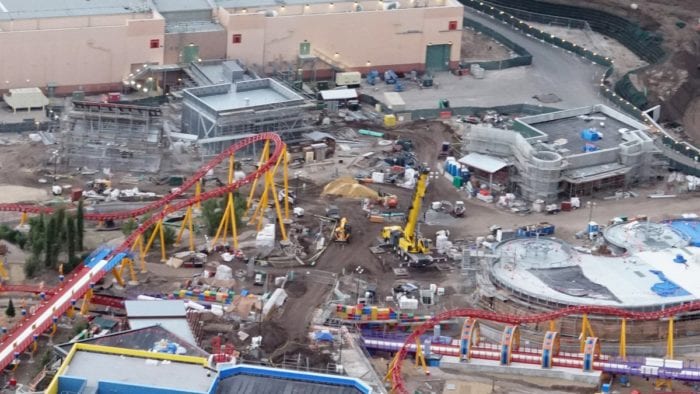 At the bottom of the photo you can see again the entrance to Toy Story Midway Mania, and you also get a better view of Alien Swirling Saucers there now covered in the grey, blue and white roof: 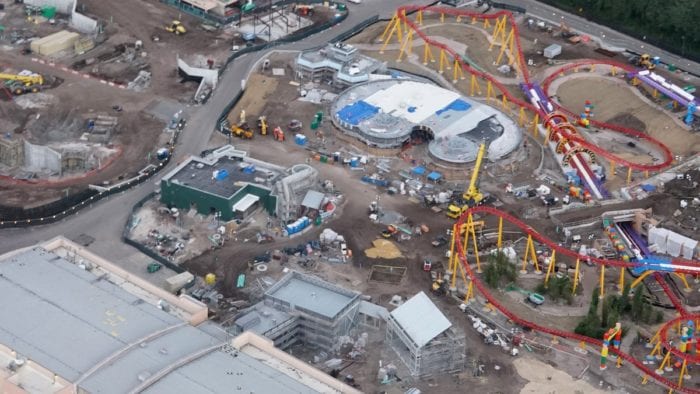 Now moving over to the north end of Toy Story Land you can see the Slinky Dog Dash Coaster with its show building there and the wooden fence as part of the theming of being in Andy’s Backyard: 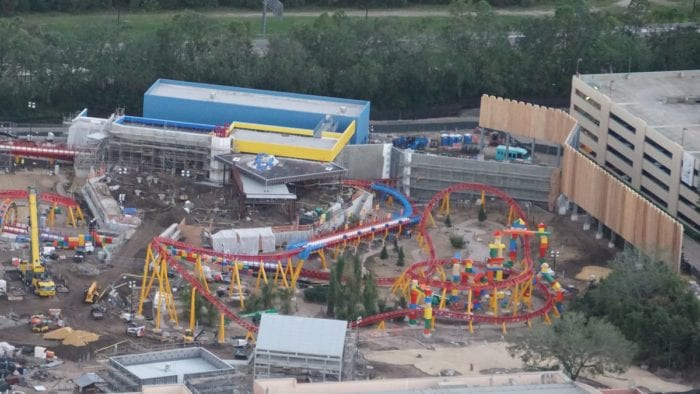 At the bottom middle of the pic you can see one of the Slinky Dog Dash trains in tact and set for more ride testing: 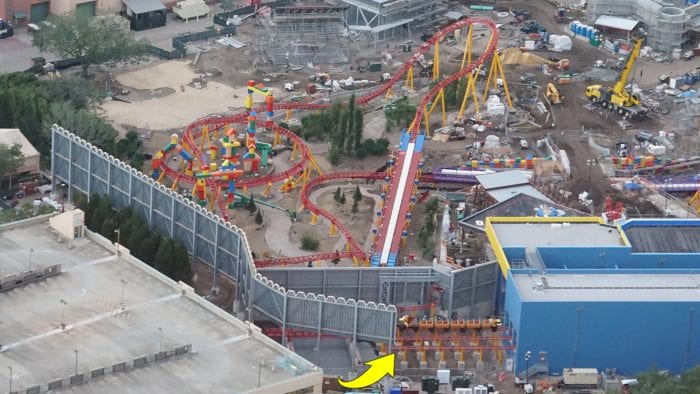 Lastly you can also see more of the theming has been installed for Slinky Dog Dash, with the acceleration rings over the track at the launch point: 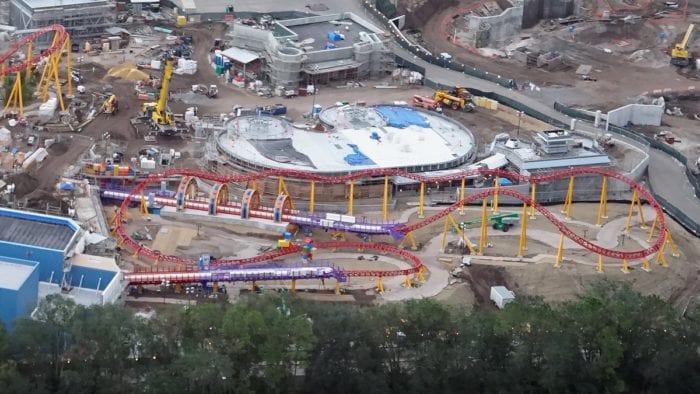 Notice they get progressively smaller, obviously exaggerating the effect of speed on the ride launch: 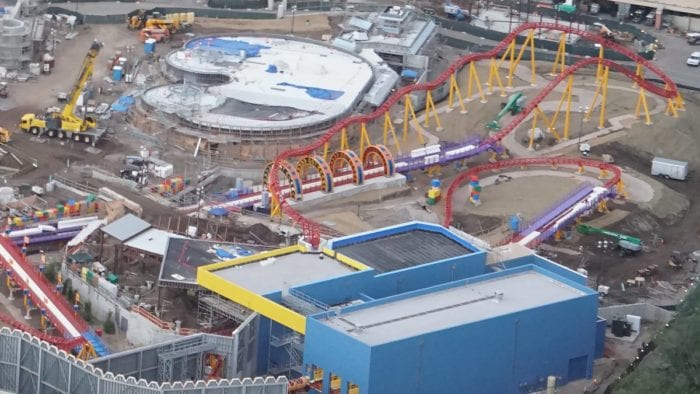 It’s great to progress on Toy Story Land moving along at a rapid pace, we are on a countdown to the finish with probably about 6 months out from when soft openings start in approximately April 2018.  Toy Story Land has a Summer 2018 Opening Date which we anticipate being Memorial Day weekend.

I want to know what you think about this Toy Story Land Construction Update October 2017.  What are your overall thoughts on the project?  Which attraction are you most excited to ride?  Let us know in the comments section below!