Lots has happened since our last Disney Skyliner update where we saw the whole landing system being installed at various stations around property.

As usual @bioreconstruct over on Twitter took some amazing aerial shots and we want to thank him for that.  Let’s see what changes to the Disney Skyliner we find so far in June…

First let’s look down at Disney’s Pop Century and Art of Animation Resorts.  You can see the route for the Disney Skyliner leading from the left of the photo, through the middle of the lake and over to the right where the Skyliner station is located: 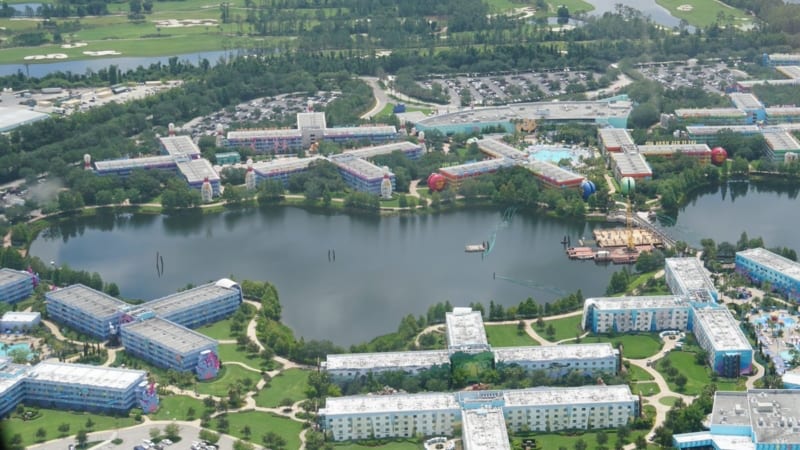 Here’s a reverse shot with the route going to the right.  Essentially this will either be the first or last stop on the Disney Skyliner (depending on where you are starting from).  You can see the poles in the middle of the lake which will support the Skyliner towers: 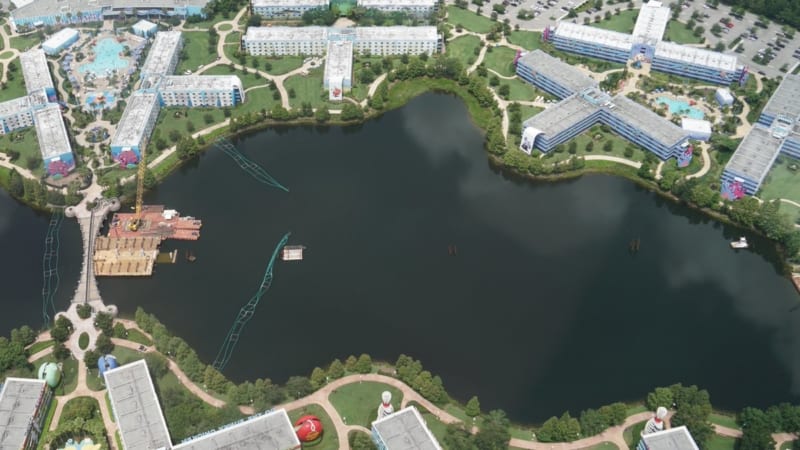 The Disney Skyliner station for Pop Century and Art of Animation will be suspended over the water and in the middle of both resorts.  I think this is really cool and unique and will probably be a very dramatic arrival or departure riding the Skyliner: 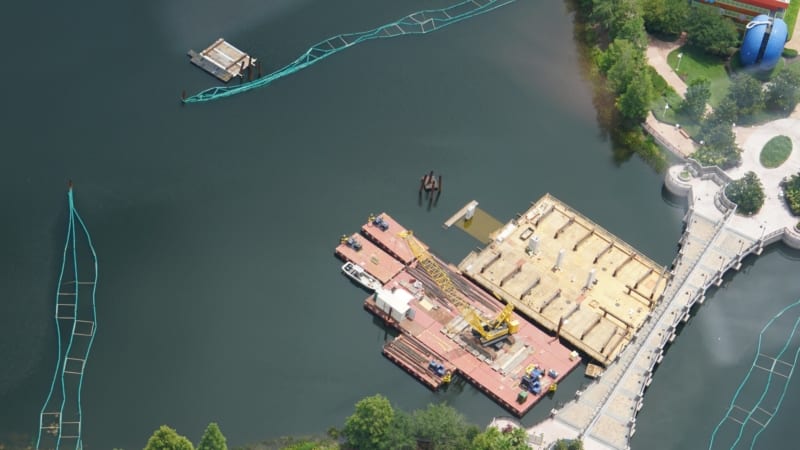 The bridge connecting the two resorts will also serve to lead guests to the skyliner: 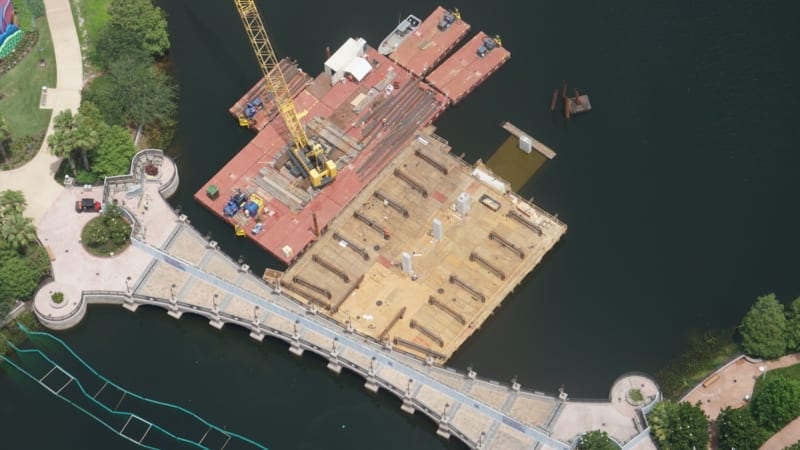 Now moving up from this station we get to the Caribbean Beach Resort which is the next stop.  Here you can see the current progress on Caribbean Beach’s Port Royale which will have a new quick service area an a totally remodeled Shutters restaurant. 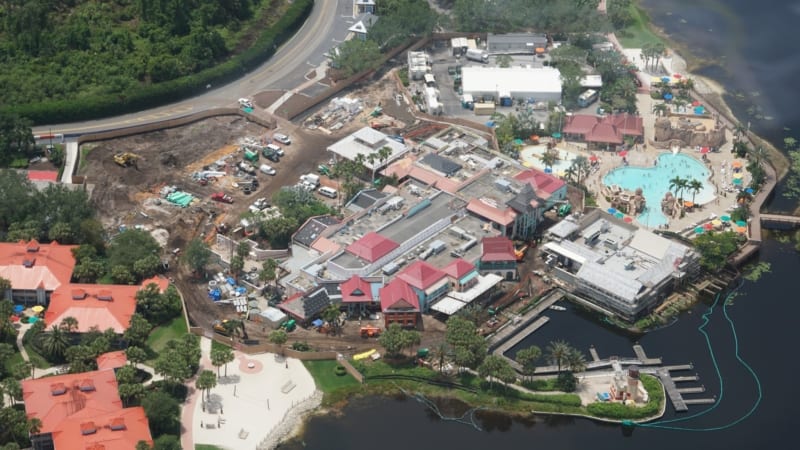 Just up the road is where the Caribbean Beach Skyliner Station will be located: 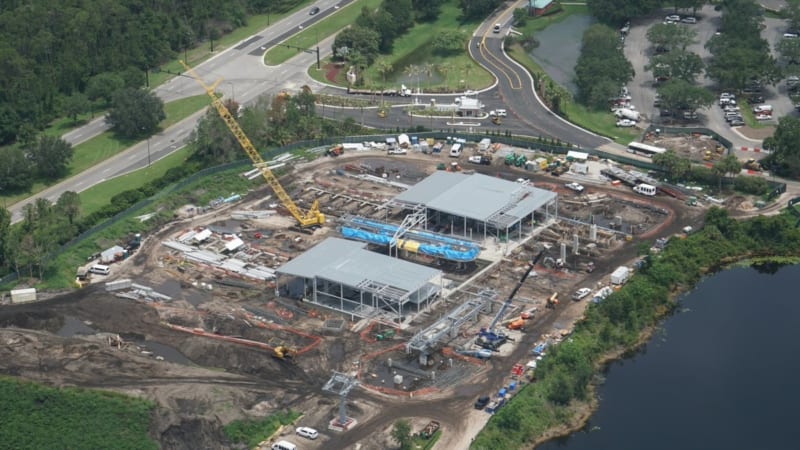 We’ve already told you that this will essentially be the hub for the Disney Skyliner as it will be a converging point for all 3 Skyliner routes: 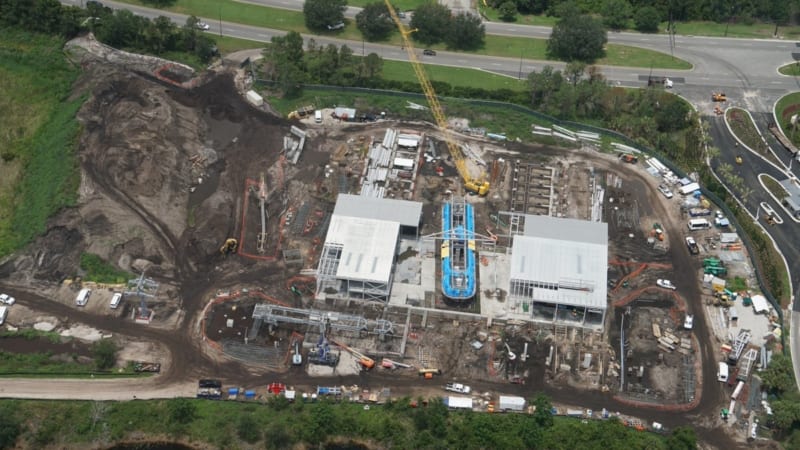 The landing in the middle will take guests back and forth to Hollywood Studios.  It’s covered in blue plastic to protect it from work currently being done.  You’ll then notice on the bottom left, another landing is being built.  This one will bring guests to Pop Century/Art of Animation and the pillars for another landing are being formed on the right which will take guests up to the Riviera Resort and Epcot.  Storage and maintenance buildings are also being constructed: 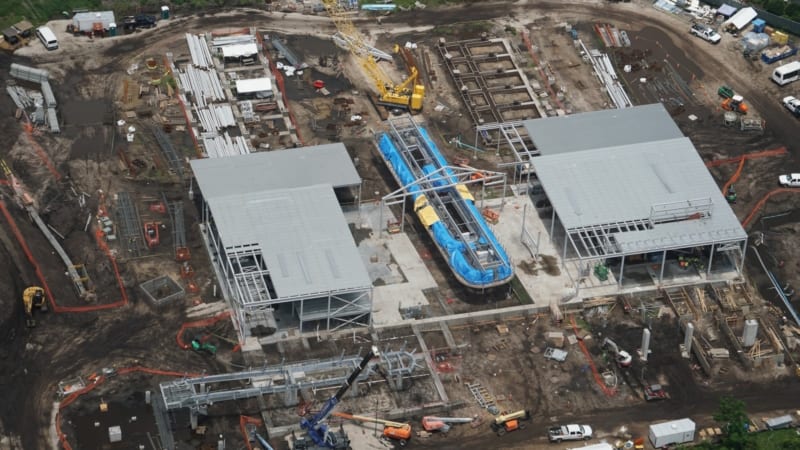 Branching off form the Caribbean Beach Resort is the station at Disney’s Hollywood Studios.  You can see the materials for the station arriving from the staging area on the left: 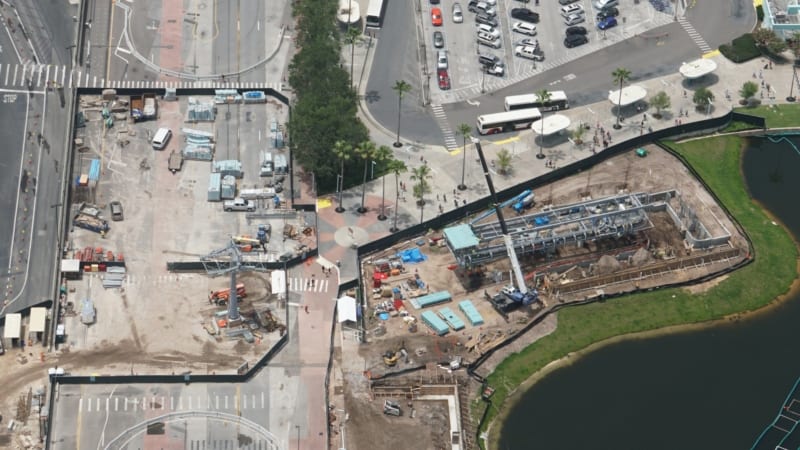 These shots were taken just a few days ago, and you’ll soon notice the difference when looking at the roof of the Hollywood Studios station which here is just beginning to get the panels installed: 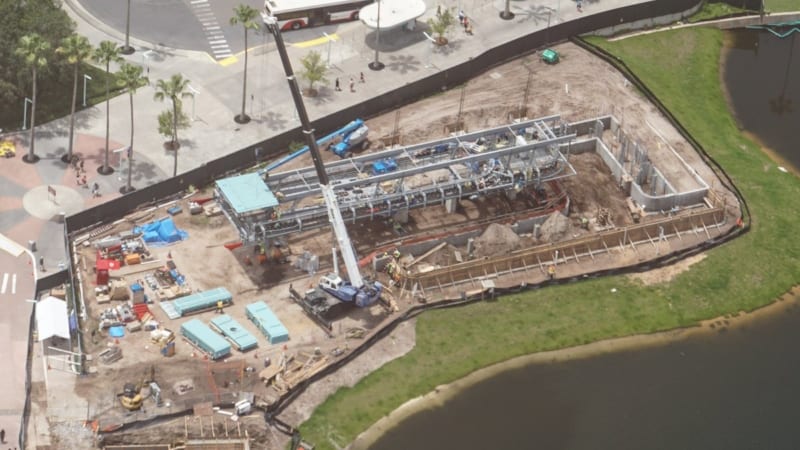 new concrete forms are being installed at the yellow arrow on the right: 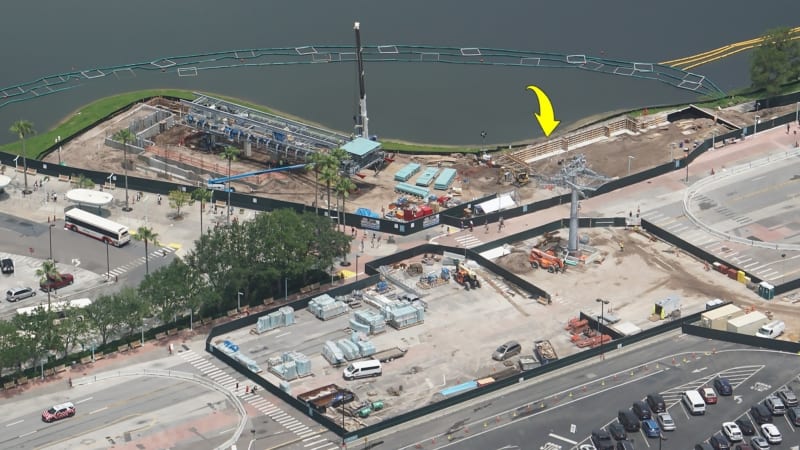 Back to the roof on the Hollywood Studios Disney Skyliner station.  Here you can see more progress has been made since the above photos and workers are handling the metal panel s for the roof being passed from the crane above: 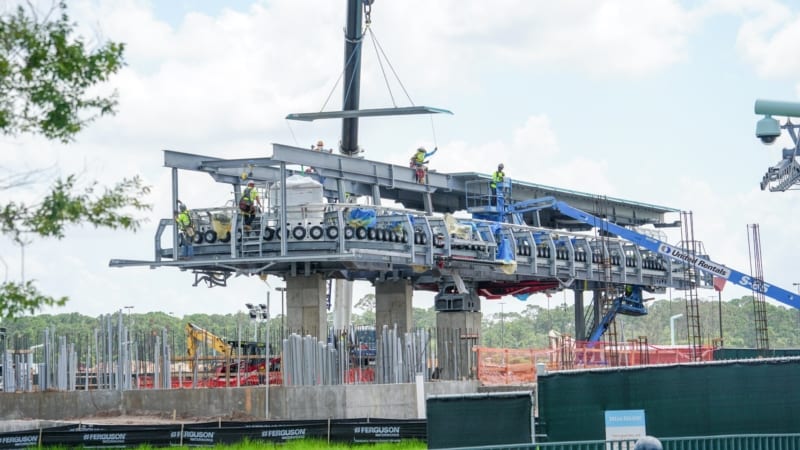 Here’s an angle from the opposite end where the roof panels have been installed: 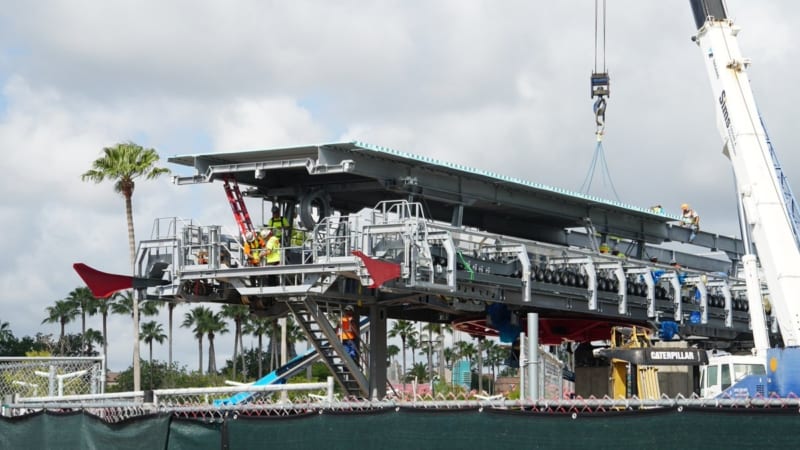 then the final product!  All the roof panels in place on the Hollywood Studios Skyliner station!

Looking closer at the landing system on the station reveals how the safety mesh above the wheels fit up when maintenance is needed: 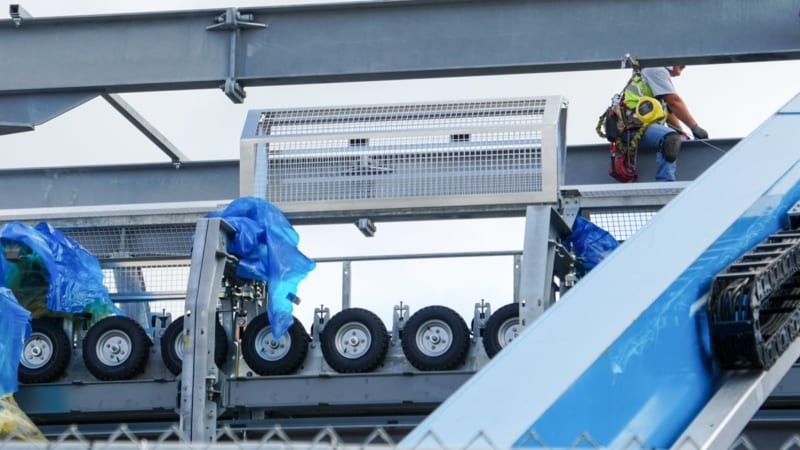 Some ventilation to keep you cool in the hot Florida weather: 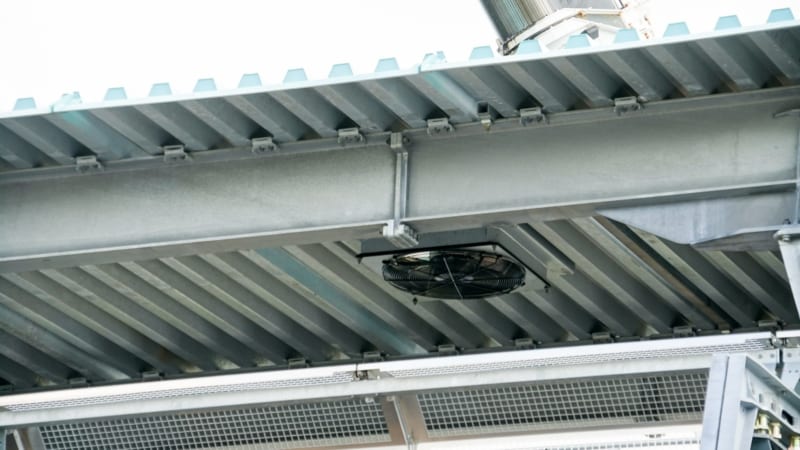 Leaving Hollywood Studios we head back through the Caribbean Beach station and up to the Riviera Resort.  As you can see the resort itself has pretty much reached it’s maximum height and is now starting to be closed off: 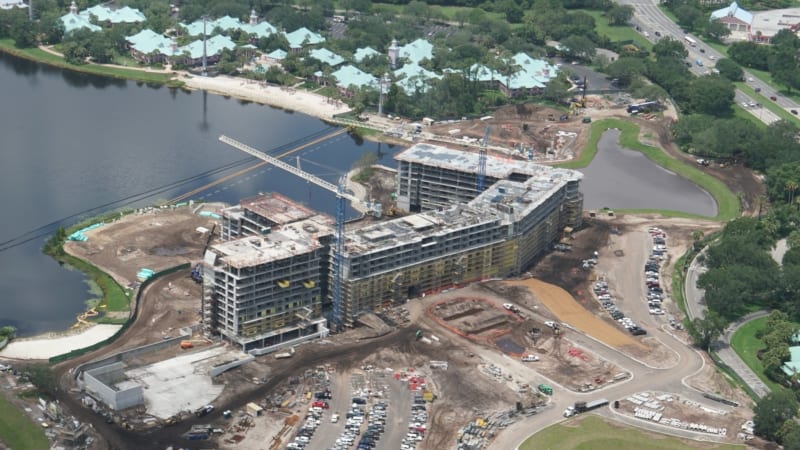 Just over the top is the location of the Disney Skyliner station at the Riviera Resort.  This one isn’t as far along as the others yet, but it’s also going to be smaller: 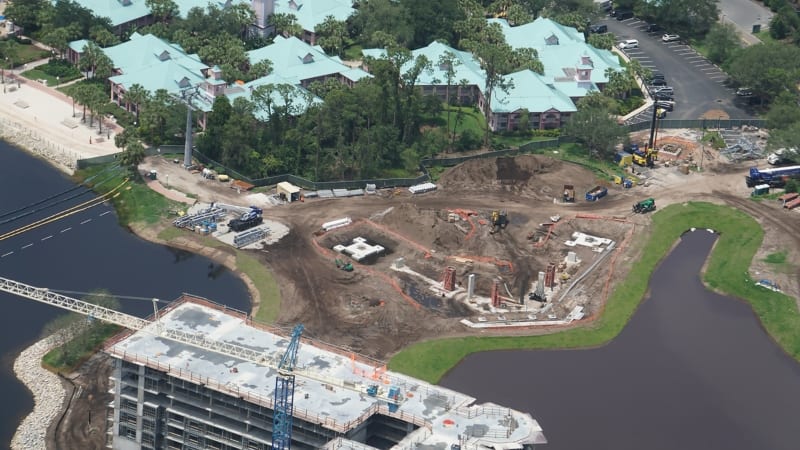 After leaving the Riviera Resort we head up along the Epcot route.  Before getting to Epcot though we see the turn station situated behind Disney’s Boardwalk Resort: 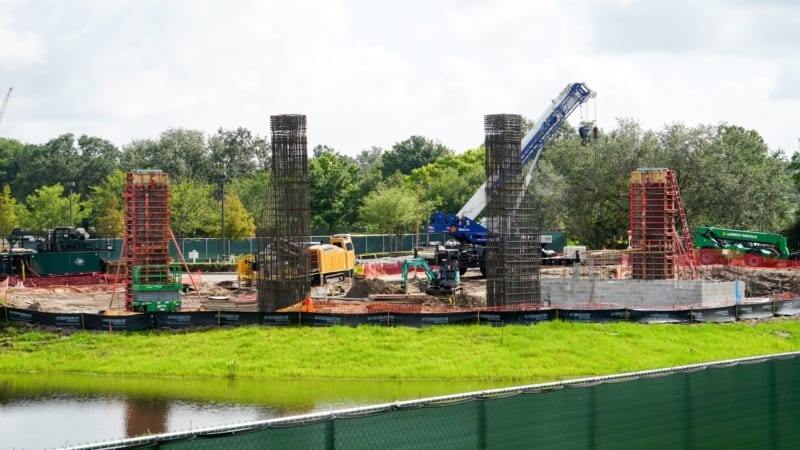 New columns and rebar are be constructed here: 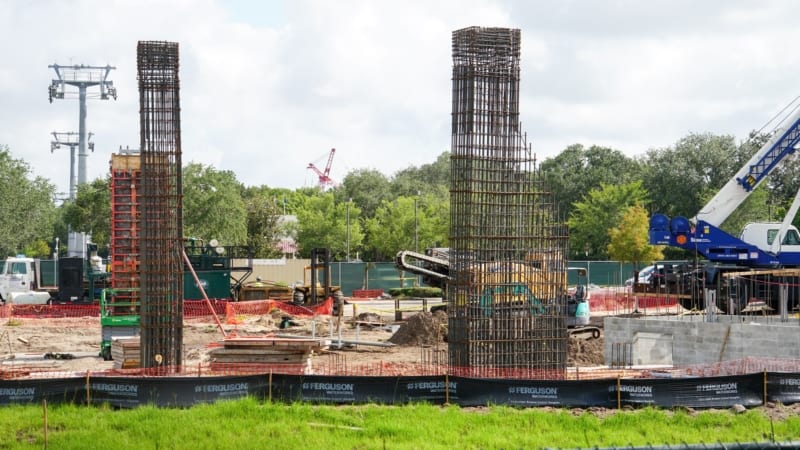 Here is the line of Disney Skyliner towers heading to Epcot: 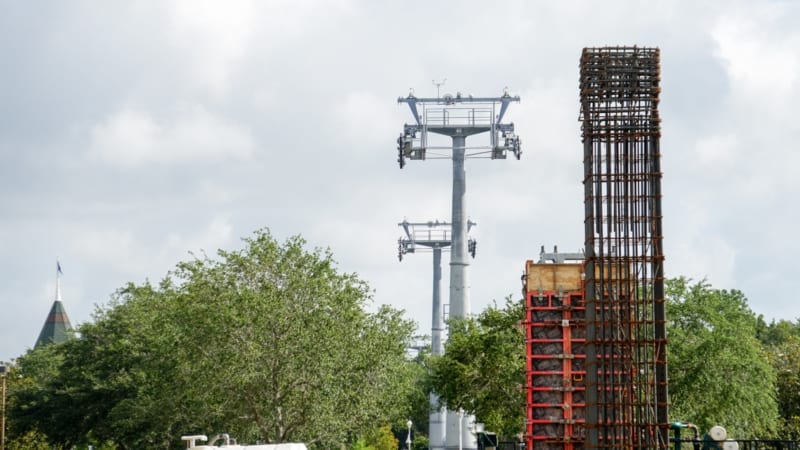 Not too much progress has been made at the Epcot Skyliner station recently.  The question on a lot of people’s minds is how Disney will handle all this new traffic coming from some of the biggest resorts to the Epcot International Gateway which is small and only has about 3 or 4 turnstiles.  So far Disney says it’s not worried about it but in my estimates they are going to have a significant traffic jam especially after the fireworks and the guests that before went out the front entrance are now going to be all herded here. Hopefully Disney is working on a solution just in case! ? 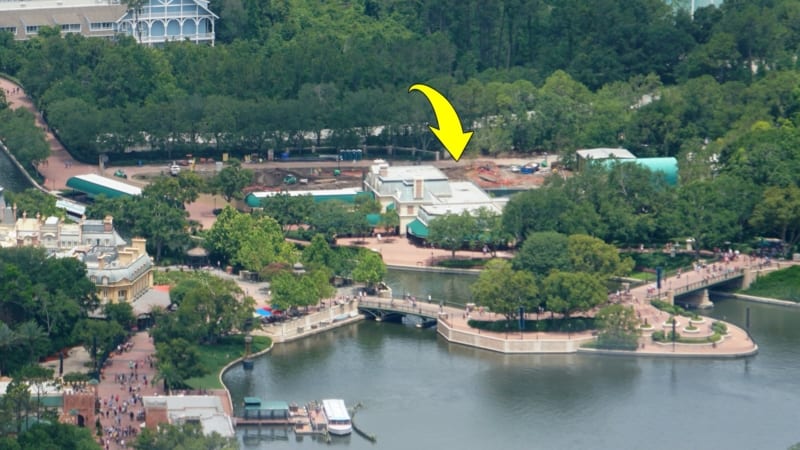 That does it for this latest Disney Skyliner construction update, I hope you had a good time, I know I love seeing all the work being done to a fascinating system like the Disney Skyliner.   We’ll keep you updated on any other Skyliner news that comes out, and hopefully get an official opening date soon.  Right now I’m guessing Mid-Late 2019.  Stay tuned…

Read our complete guide to the Disney Skyliner Gondola system including a look at the Skyliner map, capacity, route and opening. 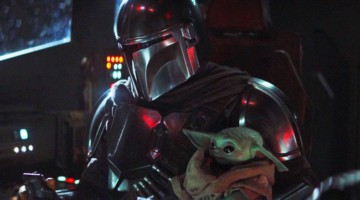 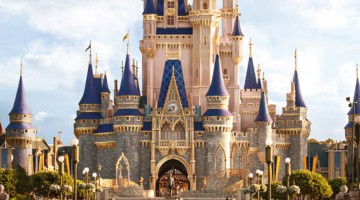 Cinderella Castle Getting Refurbishment This Year in Disney’s Magic Kingdom 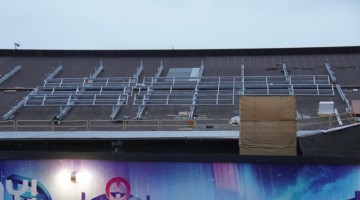 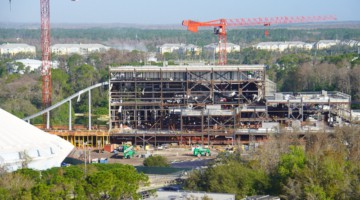