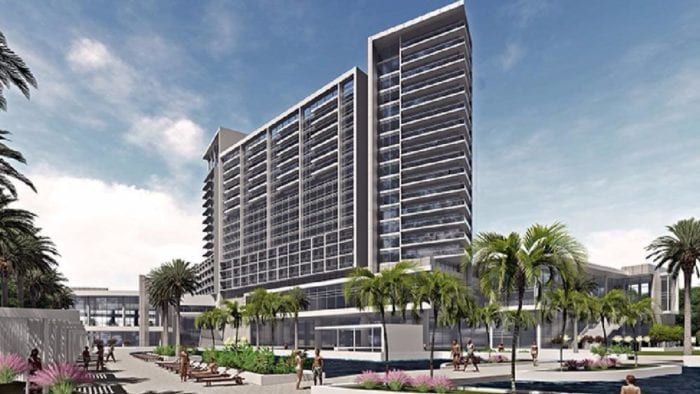 If everything goes to plan, Orlando will have its second JW Marriott hotel as we found out that there have been permits filed for a new JW Marriott near Epcot.  The plans call for a 516-room JW Marriott hotel on a 10.6 acre property near Wyndham’s Bonnet Creek Resort and southeast of Epcot.

According to the Orlando Sentinel, the JW Marriott would be 16 stories, with 50,000 square feet of meeting space, a rooftop bar and signature restaurant.  The other JW Marriott in the area, Grande Lakes,  is about double the size of what this one will be at about 1,000 rooms. By the architect on the project, Huitt-Zollars, you can expect a modern design.

The property is owned by DCS Investments of West Palm Beach, who was the developer of the upscale Bella Collina golf resort development near Clermont.  The company obtained $240 million financing from Bank of the Ozarks.

According to the application the project is known as JW Marriott at Bonnet Creek, and has an address on Chelonia Parkway, which puts the hotel at the southwest corner of Epcot Center Drive and Interstate 4.  You can see the location on the map below: 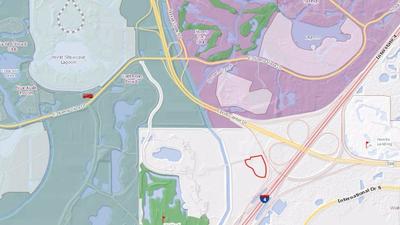 Of course this is a trend you will probably see more of in the near future with hotel developers scrambling to get positioned before the big rush of new guests to the Orlando area ahead of the new developments for Walt Disney World.  2 weeks ago at the bi-annual D23 Expo, Disney announced new attractions coming to the Magic Kingdom, Hollywood Studios and Epcot, ahead of the 50th anniversary of Walt Disney World in 2021.  It’s almost an endless list of attractions including a Tron Coaster, Guardians of the Galaxy Coaster, Ratatouille ride, Mickey and Minnie ride, a new DVC Resort, Disney Skyliner transportation system, two complete new lands in Toy Story and Star Wars, and more.

To find out more about all the new attractions coming to Walt Disney World you can read here.

I want to know what you think about the plans for a New JW Marriott near Epcot.  Do you like the look of the design?  Do you think this is the beginning of a wave of new hotels coming to the area?  Let us know in the comments section below!

I think it's going to be spectacular. I have seen the plans in detail and it is going to blow the Four Seasons out a bit in terms of luxury, easier access, and a whole host of other things.

sounds awesome! if you have anymore info about it let us know!