Pandora: The World of Avatar Album Released on Apple Music

Today Disney released the entire Pandora: The World of Avatar album soundtrack for streaming on Apple Music and purchase on iTunes.  This includes all of the music and sound effects you hear when visiting the land of Pandora in Disney’s Animal Kingdom, even what’s on Flight of Passage and Na’vi River Journey. 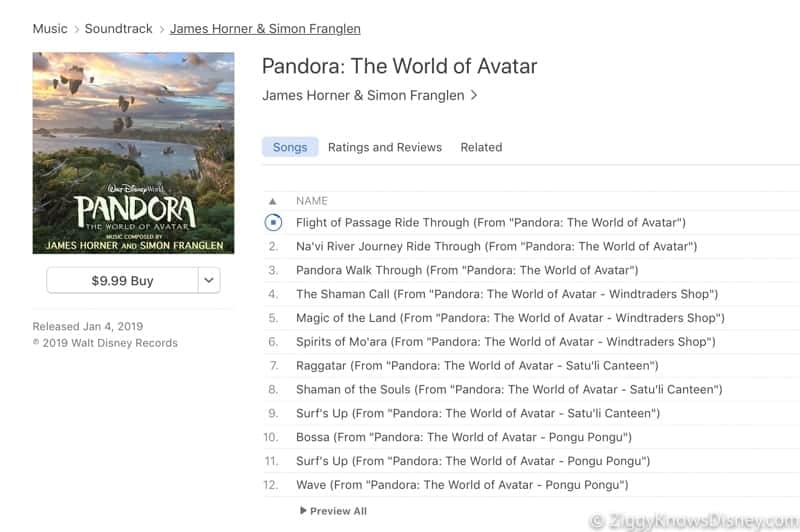 The album was released early this morning and features music from the late James Horner and Simon Franglen which you hear on the two Pandora attractions.  You also get the music from the land’s two restaurants (Pongu Pongu and Satu’li Canteen) and the shop Windtraders.

The soundtrack is available for streaming if you use Apple Music or you can buy the music on iTunes as a whole album ($9,99) or individual tracks ($1.29 each).

This is a really cool release that Disney doesn’t usually do and it’s kind of surprising actually.  Either way I’m really excited to be able to download it all because I think Pandora: The World of Avatar has quite possibly the best soundtrack and sound effects in all of Walt Disney World.  Some of the effects of the animals and things is just incredible.

Head over to iTunes or Apple Music and take this amazing piece of the parks home with you!

I want to know what you think about the music from Pandora: The World of Avatar being released on Apple Music and iTunes…