Today Lucasfilm released a new “Solo: A Star Wars Story” Trailer and it gives us a much better look inside the next film in the Star Wars franchise.  We get to see a lot of Han Solo’s backstory, how he won the Millennium Falcon and we even find out that Chewbacca’s 190 years old!!

Here is the official “Solo: A Star Wars Story” Trailer:

They also released a brand new poster for Solo too: 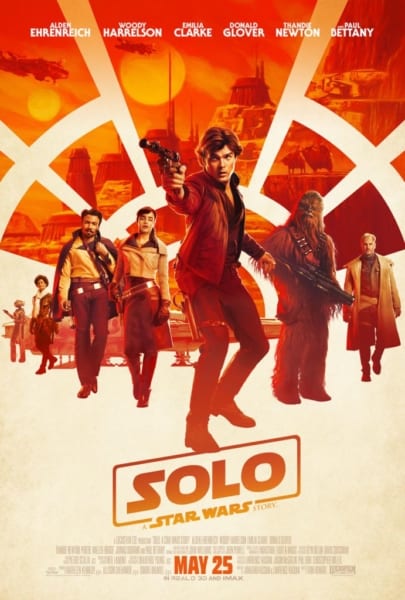 For all those who were worried about the movie after noted difficulties earlier on in the production process (me), it looks like Ron Howard has been able to pick up the pieces and make something good out of the film.  So major props to him and now I’m actually looking forward to Solo again, which is only less than 2 months away!

I want to know what you think about the new Solo: A Star Wars Story trailer.