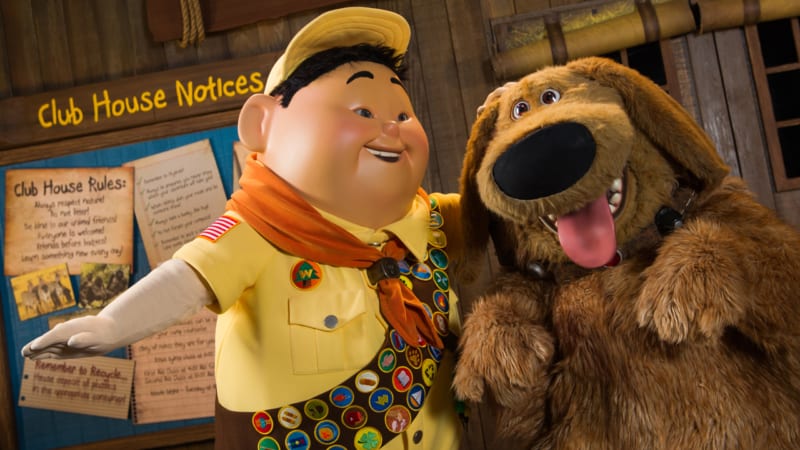 The Disney Parks Blog continues it’s 12 Days of Disney Parks Christmas announcements today announcing a New Pixar UP Show Replacing Flights of Wonder in Disney’s Animal Kingdom.  The show will feature Russell and Dug from Pixar’s UP will debut next year.  Guests will join the popular characters as they discover species of birds from around the world. As you may have guessed based on that description, this show will replace Flights of Wonder at the Caravan Stage. Flights of Wonder will have its final performance on December 31st, 2017 while the UP-themed performance will debut in 2018.

This is something we’ve been expecting for a while since last month we told you that Flights of Wonder was indeed closing, giving way to another show.  Now we know exactly what it’ll be.  Fans seem to be mixed so far on this one, with many people questioning the relevance of the movie UP and also its place in Disney’s Animal Kingdom.  Me personally I don’t have a problem with it, I loved UP and think it’s one of the most underrated Pixar movies out there, and would love to find it a place in one of the Disney parks.  I think since some of the main characters are indeed animals, some being birds, it may not be the most natural fit but I don’t find it out of place necessarily.  I also like Flights of Wonder but I’m ready for a change since it’s been about 20 years.  Worst case they just switch it out after a while for something else.

Looking forward to hearing more about this UP show and all it entails when it opens in 2018!

I want to know what you think about the Pixar UP Show Replacing Flights of Wonder.  Do you think it’s a good change?  Let us know in the comments section below!

2018 Epcot Festival of the Arts Disney on Broadway Line-Up Announced
← Previous
REVIEW: Satu'li Canteen in Pandora The World of Avatar
Next →
Click here to cancel reply.