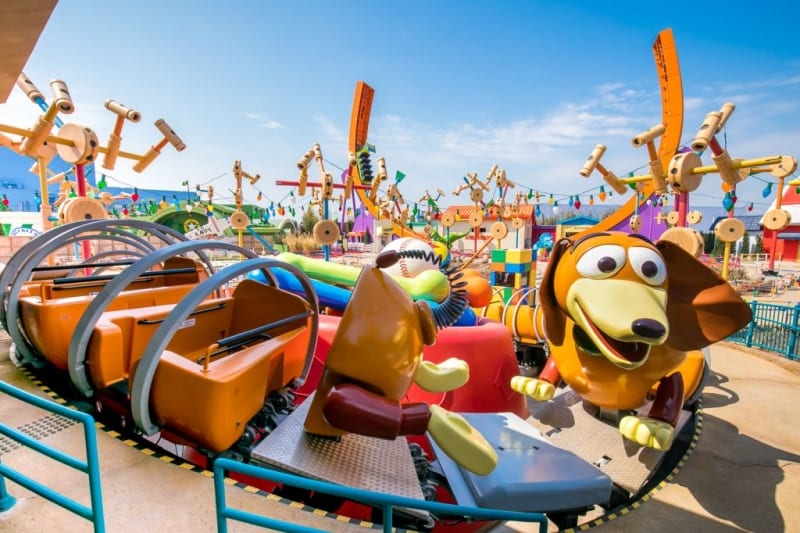 Toy Story Land in Shanghai Disneyland is opening April 26, 2018, even before the Walt Disney World version. It will have 3 Attractions: Rex’s Racer, Slinky Dog Spin and Woody’s Round-Up.

Slinky Dog Spin which you can see in the above photo, looks like a pretty standard spinning ride, but with some nice Toy Story Land theming. 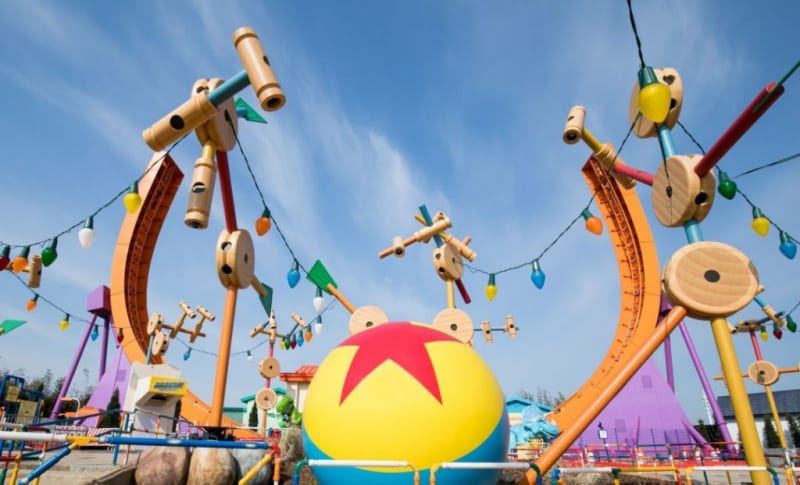 Rex’s Racer is an attraction that sends guests on a Toy Car, back and forth, up and down the U-shaped race track. 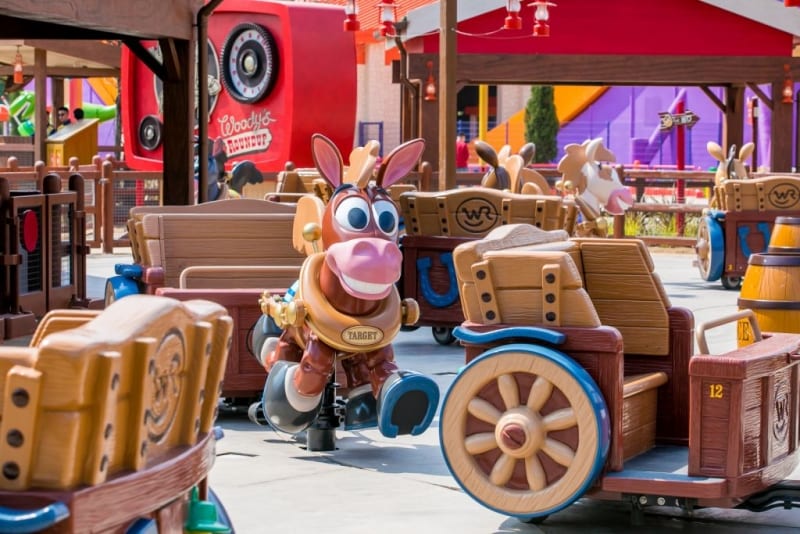 If you’ve ever been out to California Adventure and tried Mater’s Junkyard Jamboree, Woody’s Round-Up will be a similar attraction.

I want to know what you think about the New Toy Story Land Shanghai Disneyland images.