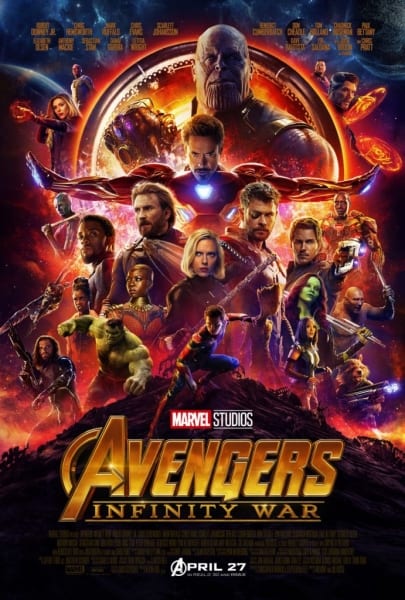 Here is your first look at the new Avengers Infinity War Trailer:

The countdown is on now as we only have just over 40 days till it hits theaters!!

Also Tickets for Avengers Infinity War are now On Sale!  Click here to buy them.

Here was the announcement from yesterday that the trailer was coming:

The last Avengers Infinity War Trailer from the Super Bowl showed us some new parts of the film we hadn’t seen yet.  It sure seems like our heroes are split up into two groups and it doesn’t look like they will all be uniting together in the first part of Avengers Infinity War.  Iron Man, Dr. Strange, Spider-Man and The Hulk seem to be dealing with Thanos in the streets of New York, whereas Captain America, Black Widow, Black Panther, Vision and the crew will be holding down Wakanda from the oncoming invasion.

Who is going to make it out alive to be in Avengers 4 and who will die?  Iron Man?  Captain America?  Loki?  One of them is my best guess, but I’m on pins a needles waiting to find out.  We only have a few weeks left!!

I want to know what you think about the new Avengers Infinity War Trailer.  What was your favorite part?  Who is going to make it to Avengers 4?  Let us know in the comments section below! 🙂