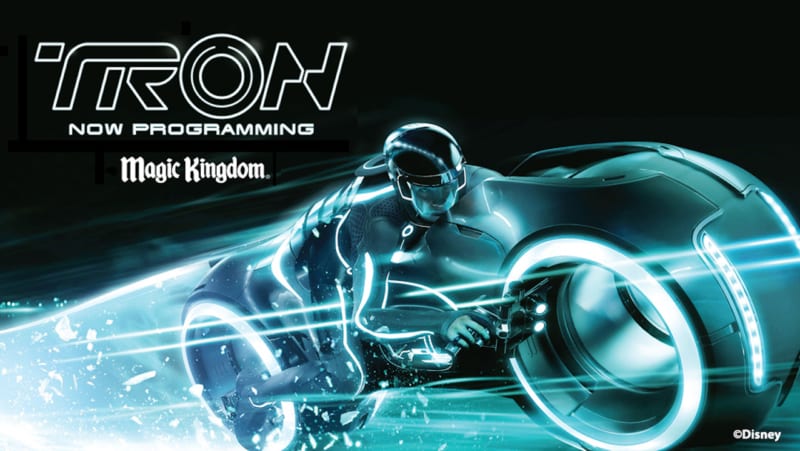 One of the attractions we’re looking forward to most is the Tron roller coaster coming to Disney’s Magic Kingdom in Tomorrowland.  Well today Disney gave us some new info on the attraction’s opening and also some Magic Kingdom attraction closings to make way for the Tron coaster construction.  The Tron coaster is going to be located right next to Space Mountain, and because of it’s location both the Walt Disney World Railroad and the Tomorrowland Speedway are going to be affected as we move into 2019.

Starting in December 2018 the Walt Disney World Railroad is closing temporarily, but the train itself is going to be parked at the Main Street Station.  That means you will still be able to go over and see it, and also get in some good photos you you and your family with the train as it’s parked there.  It’s my guess that the railroad is going to be down for a significant period of time as it essentially goes right under the Tron show building.  We’ll have to wait and see the exact time-frame but don’t expect anything less than a year. 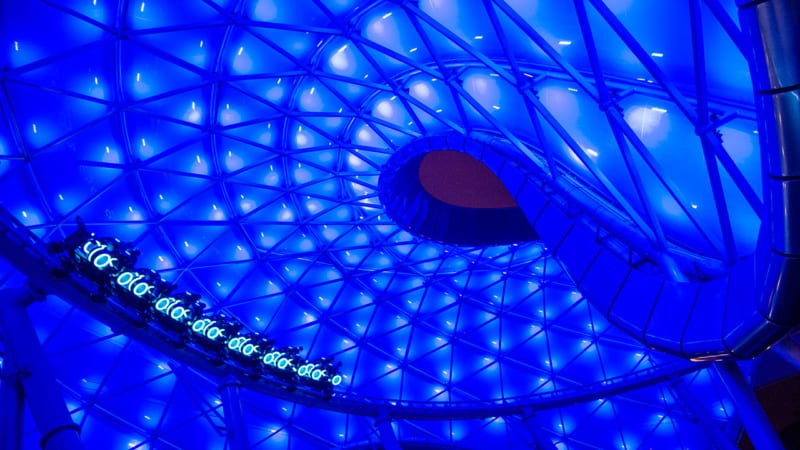 Then in early 2019 the Tomorrowland Speedway is closing as the attraction’s track is going to be adjusted, then it will reopen in Summer 2019.  You can see that part of the Tron building hangs over the speedway, so it’s obvious that it has to close at some point for that construction.  It’s also going to be a pretty cool effect when you are flying over the speedway or on the speedway looking up at the trains going by!

Disney hasn’t gone into specifics but that sounds like the Speedway might actually be getting some enhancements to it which are well needed.  Almost every time I go on it my car is almost un-drivable.  I don’t think they’ll replace the cars themselves, but I hope something is done to make this a smoother more pleasant ride.  they really need to do something more than just landscaping because as it stands right now the Tomorrowland Speedway isn’t exactly Tomorrowland’s most futuristic attraction and it could really use a total facelift.

The Tron attraction in Disney’s Magic Kingdom is going to be very similar to the Shanghai Disneyland version which opened with in park in 2016.  It’s the fastest attraction in any Disney park in the word and allows riders to board their own light-cycle for the ride of their lives.  It’s the most popular attraction in the park with guests and even if the whole surrounding area isn’t done exactly the same in the Magic Kingdom version, it’s going to add a whole new look and feel to Tomorrowland which is in desperate shape of looking more like “tomorrow.”

If you go to Storybook Circus in Fantasyland you can see a new billboard that tells you the Tron coaster is coming to Tomorrowland.  Also some of the construction is visible from the road outside the park.  As we suspected before, Disney has promised the Tron coaster will be open in time for the Walt Disney World 50th Anniversary in 2021.  No big construction has been done on the attraction yet, but that’s going to change very soon.

Looking forward to this new attraction. Should be a lot of fun.

yes, me too! Is this the one you're most looking forward to?