Live Stream of The Music of Pixar Live! 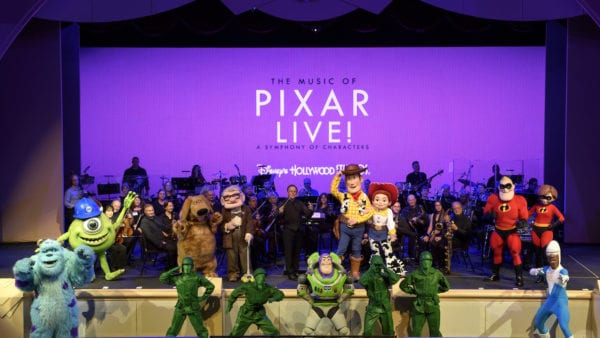 This The Music of Pixar Live! streaming event will be available on the Disney Parks Blog at 7:55 pm EST on June 29, and can also be reached using the Twitter hashtag #DisneyParksLIVE.  A new post on the Disney Parks Blog will appear with a live video at the top of the blog.  At the start of the stream there will be special behind the scenes looks at The Music of Pixar Live! so make sure to tune in!

If you prefer to see the show live, The Music of Pixar LIVE! A Symphony of Characters is playing nightly at Theater of the Stars at Disney’s Hollywood Studios.

Thanks for the info Ziggy! I'll be tuning in tonight!!