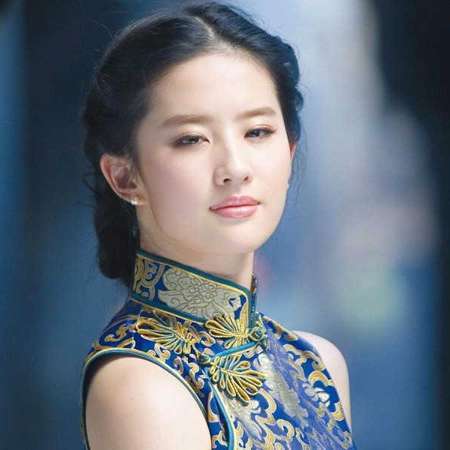 One of the numerous Live Action remakes in the works for Disney right now is Mulan, and new now know who the lead is going to be!  The Hollywood Reporter is saying that Liu Yifei (also known as Crystal Liu) has been cast as Mulan, the girl who pretends to be a man to save her kingdom.

We found out a little bit about the upcoming Mulan film in July at the D23 Expo, and ever since then we’ve been anxious to here more.  The live-action film will be inspired by the Disney animated classic and legendary ballad.  Mulan will be being directed by Niki Caro, and produced by Jason Reed, Chris Bender, and Jake Weiner.

Of course is wasn’t easy to cast Mulan as the actress had to be ethnically Chinese, know English, know martial arts and have the star power to carry the lead role.  Thankfully Disney found Liu Yifei!  She has a great reputation with the Chinese for her pure and innocent look.  This won’t be her first role either as she’s already a star in China and played in 2008’s The Forbidden Kingdom, 2014’s Outcast, and the romance The Chinese Widow, which opened the Shanghai International Film Festival in June.

Mulan is looking at a 2019 release date so filming should be beginning soon!  Stay tuned for more!

I want to know what you think about Liu Yifei Cast as Mulan.  Do you think she was a good choice for the role?  Let us know in the comments section below!

[…] one year ago we found out that Liu Yifei had been cast as Mulan in Disney’s live-action remake of the 1998 animated film.  Today we learned that production […]