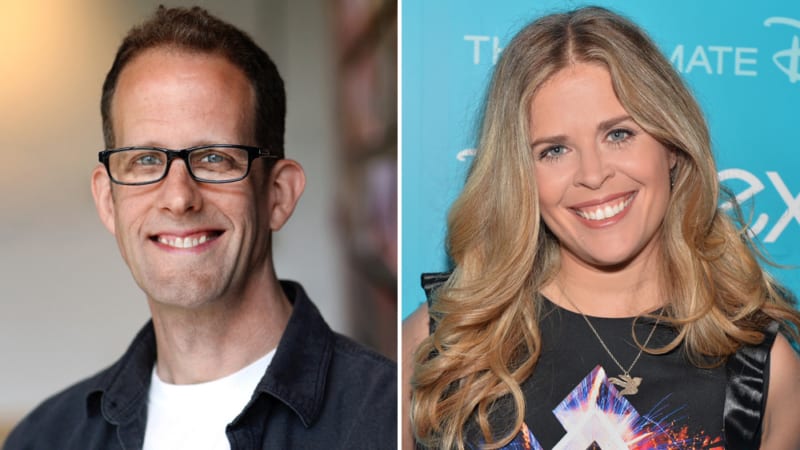 With news that John Lasseter is leaving Walt Disney/Pixar Animation Studios at the end of the year it didn’t take long to find his replacement, even if it won’t be by one person.  The Hollywood Reporter says that Jennifer Lee and Pete Docter are going to head Disney and Pixar Animation Studios as the new Chief Creative Officers.

Though Lasseter was in charge of both studios, their responsibilities will be split up with Jennifer Lee taking over as head of Walt Disney Animation, while Pete Docter will be Chief Creative Officer of Pixar Animation Studios.

Both candidates are suitable replacements and they equally have experience in both companies.  Jennifer Lee has been with Walt Disney Animation since 2011 when she was brought in to work on Wreck-It Ralph which turned out to be a smash hit.  She also has a little film under her belt as director, you may have heard of it…Frozen.

Pete Docter also has a ton of experience as he’s worked in the film industry for 30 years and has directed Pixar hits like Inside Out and UP!

Of course time will tell if they are ultimately able to fill Lasseter’s shoes which will be a tall task to take on.  At least the studios are off to a good start with Incredibles 2 to smashing records at the Box Office in its first weekend and it just so happens Wreck-It Ralph 2 is coming out later this year as well.  Both Docter and Lee have had lots of time to work with Lasseter who will continue to guide them over the rest of 2018, so they should be well prepared by then.