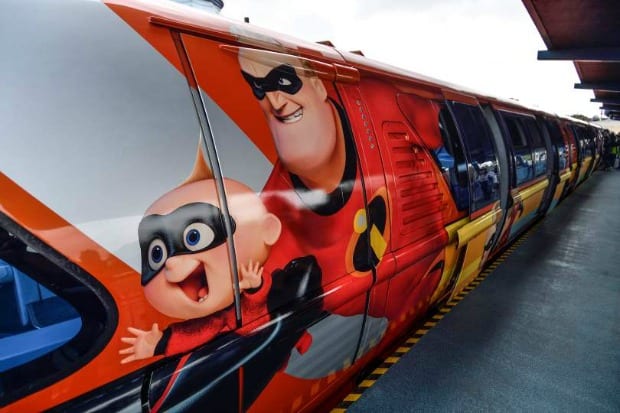 With Pixar Fest coming up next week in Disneyland, there are many surprises on the way.  But guests were surprised about what change to the transportation system has just debuted.  The Disneyland Monorail has got an Incredibles overlay and it looks fantastic!

UPDATE: Besides the Incredibles Monorail, there is also a Finding Nemo Monorail too: 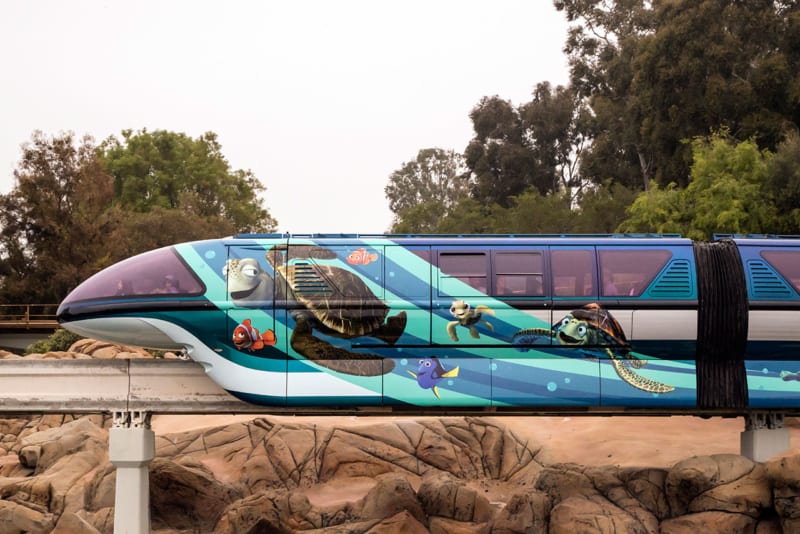 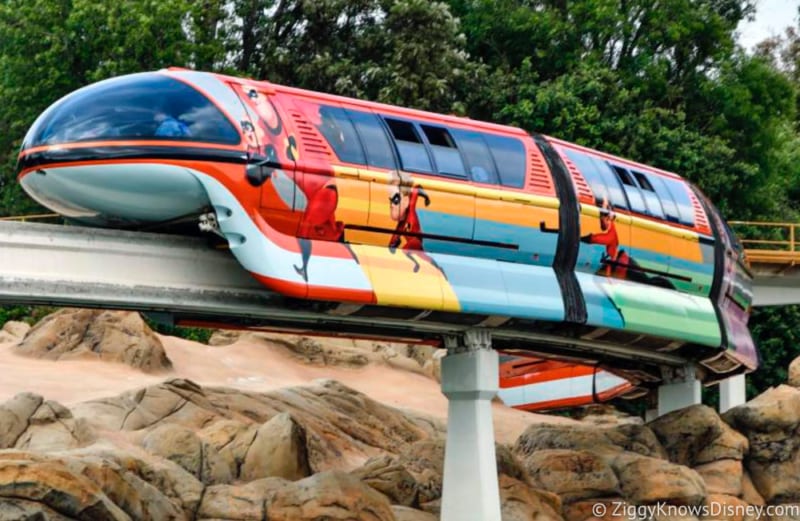 This Incredibles Monorail features all your characters from the Pixar franchise including: Mr. Incredible, Jack Jack, Elastigirl, Dash, Violet, Edna Mode and Frozone. 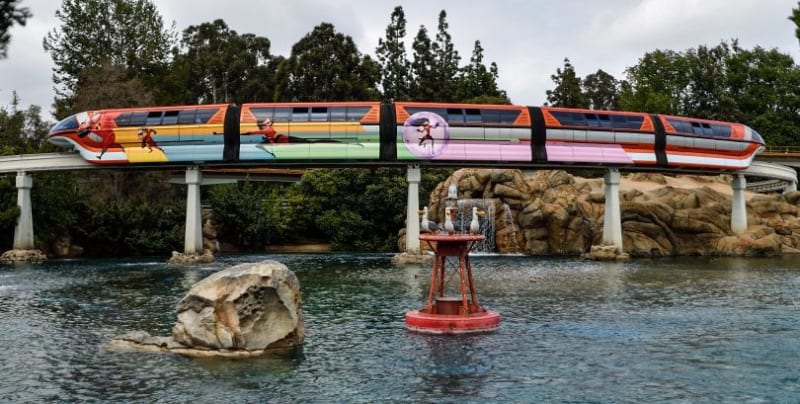 If you haven’t heard of Pixar Fest before, it’s a celebration coming to both Disneyland Park and Disney California Adventure from April 13 – September 3, 2018, and it’s celebrating of course all your favorite Disney-Pixar characters, some of which are the Incredibles, but also UP!, Inside Out and more.  Pixar Fest is going to bring new nighttime entertainment to the park in the form of the new Disneyland Fireworks show “Together Forever – A Pixar Nighttime Spectacular”, plus improvements to the “Paint the Night Parade” and “Pixar Play Parade.” 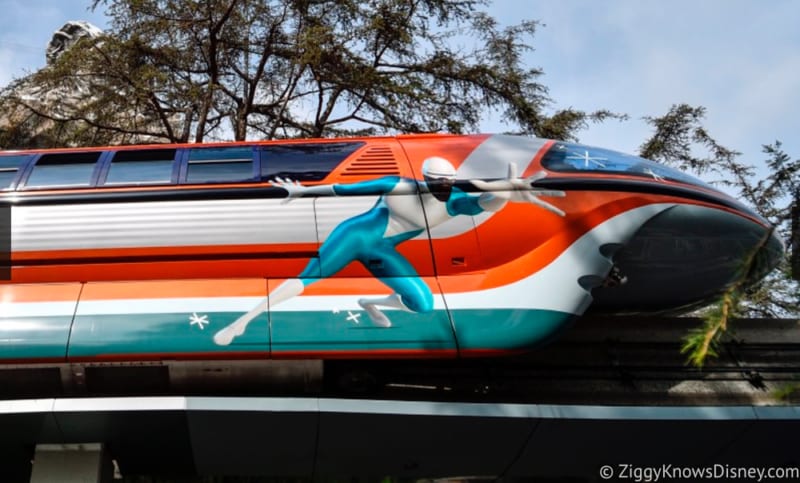 Also Paradise Pier is being completely remodeled into Pixar Pier (opening June 23, 2018), overhauling some of the attractions like California Screamin’ Coaster into the Incredicoaster, plus other new dining and shops along the pier.  Pixar Pier will continue even after Pixar Fest is over September 3, 2018.

I want to know what you think about the Incredibles Monorail in Disneyland.