Heads Falling Off Animatronic Figures in Disney Parks Around the World 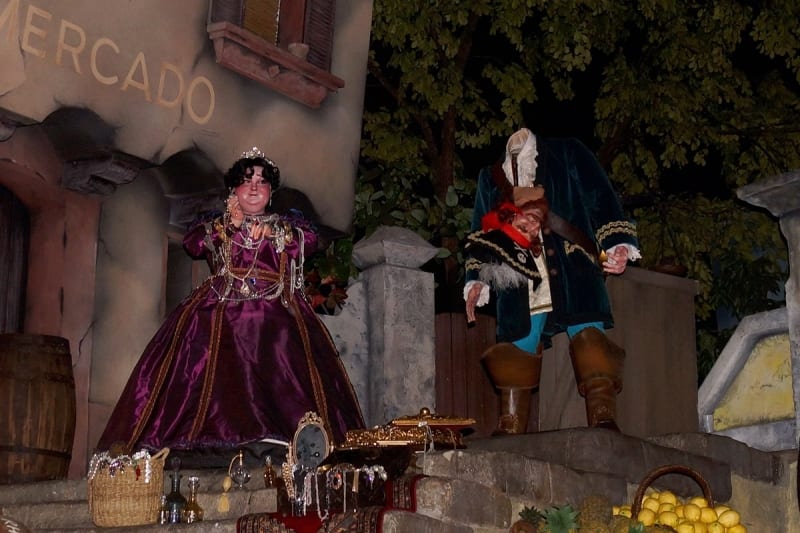 In a strange coincidence Heads were falling off Animatronic Figures in Disney Parks around the World a couple days ago, both in Disney California Adventure and Disneyland Paris.

The first incident was one of the pirate auctioneer’s head on Pirates of the Caribbean in Disneyland Paris, whose head came off and was just hanging down by some wires.  Some guests were able to get a good shot, like this one by @FiBelleFi below or the one by @HOPAJUL above.  Is this the Pirate Auctioneer’s way of telling us he’s not happy the Redhead Auction Scene is changing soon??

Not to be outdone by Pirates, the head also came off of the Ursula animatronic figure from The Little Mermaid: Ariel’s Undersea Adventure:

How I feel on a Monday morning before I’ve had coffee. pic.twitter.com/QftTdPjtUd

Here’s a video of the same figure:

Both attractions were shut down until the fallen-off heads could be fixed.  Stuff like this happens from time to time, but it’s just ironic that both incidents happened the exact same day and in Disney parks on complete opposite ends of the earth!

I want to know what you think about the Heads Falling Off Animatronic Figures in Disney Parks Around the World.  Have you ever had a similar experience with audio animatronic figures on a Disney attraction?  Let us know in the comments section below!