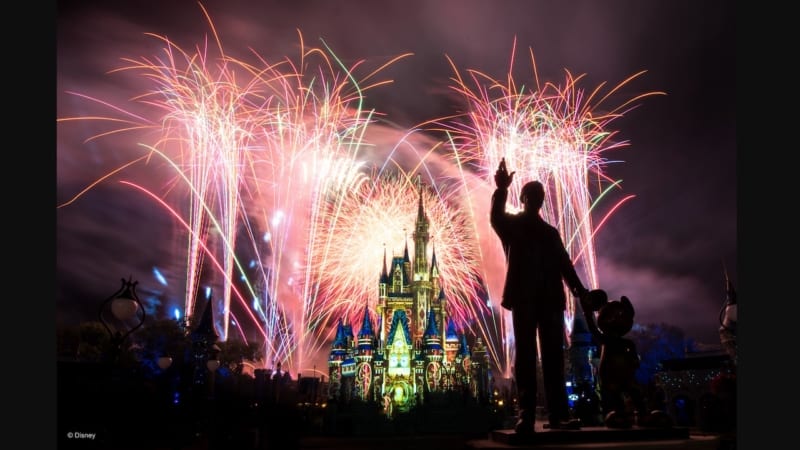 Today May 12, 2018, the nighttime spectacular Happily Ever After celebrates its first anniversary, and wow has it been a big success.  Many were worried over Wishes going away and being replaced by a new show, but Happily Ever After has proven to be a worth successor, and in my opinion, the best fireworks show that Walt Disney World has ever had!

Happily Ever After is such an inspiring show, from the fantastic fireworks display, the moving music and the amazing projections that show off various Disney films on Cinderella Castle.  I was really hoping it would be this good, but never really thought it could pass Wishes for me, but it has.  I find myself even throughout the day humming the music and I get chills during the last 2-3 minutes of the show, even after seeing it an innumerable amount of times.  I still feel the same way I did as I wrote in my Happily Ever After Review 1 year ago when I saw it for the first time.

I’m so happy that Happily Ever After is here, and here to stay!