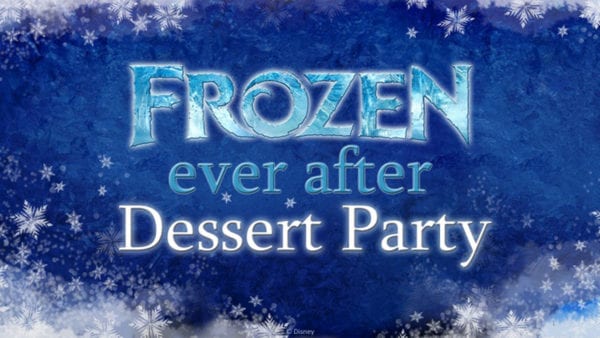 Just days after finding out that Epcot would be getting a Frozen themed Dessert Party to replace the Illuminations Sparkling Dessert Party, Disney has confirmed this on their website and we now have a look at the Frozen Ever After Dessert Party Menu, and it looks really yummy!

The party will be held in World Showcase Plaza East, where guests will have a great viewing area for Illuminations: Reflections of Earth!  During the party there’s going to be 3 Buffet Stations with mostly Desserts, but also some Savory Snacks too, including:

Besides the food there’s going to be a selection of Drinks such as: 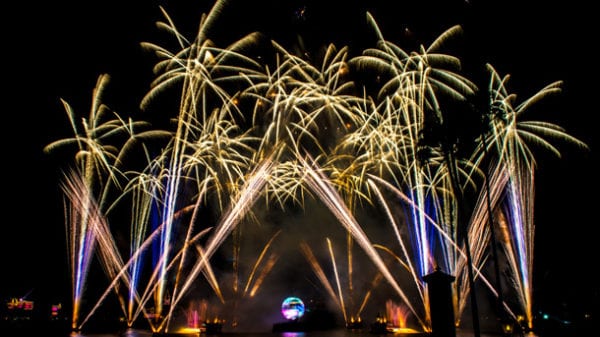 After the treats and a viewing of Illuminations, guests will be brought to the attraction Frozen Ever After when the park is otherwise closed down and here they can ride without waiting in line.

The price is $79 per adult and $49 per child (3-9) including tax and tip.  It looks like a decent enough selection of Desserts, I’ll have to see, and more importantly try them myself though to let you know if it’s worth the rather high price of a dessert party.  If you are interested in the Frozen Ever After Dessert Party, I suggest you book ASAP on the Disney Website.

I want to know what you think about the new Frozen Ever After Dessert Party Menu.  Do you like the dessert choices?  Which sounds the best to you?  Do you think it’ll be worth the $79?   Let us know in the comments section below!

Why Disney Robots Might Soon be a Possibility
← Previous
Disneyland's Fantasmic! Return Date Announced
Next →
Click here to cancel reply.