Ellen DeGeneres Animatronic Figure Expected to Sell for up to $5,000 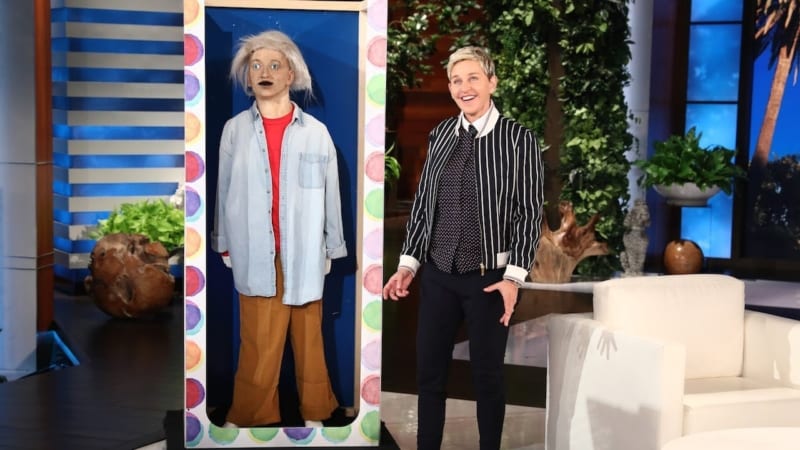 As you already know, Ellen’s Energy Adventure closed back in August to make room for the upcoming Guardians of the Galaxy attraction in Epcot.  One of the biggest questions after the closing was: “What’s going to happen to the Ellen DeGeneres Animatronic Figure?”  Ok, maybe it wasn’t on everyone’s minds, but it was definitely on Ellen’s mind.

Back in September she demanded to have the animatronic figure back and her staff surprised her by presenting it to her on her show.  She was slightly surprised and had a bone to pick with Disney Imagineering saying the figure looked nothing like her.  “Is this real? This is … me?” she said. “This is not real. This is the robot they used for Ellen’s Energy Adventure? … That is so offensive.”

Here’s a clip from the show:

Now next month the Head and Clothing from the Ellen Degeneres animatronic figure will be going up for sale in Los Angeles as part of Profiles in History’s animation and Disneyana auction on May 5.  It’s being estimated it’s going to sell in an auction for between $3,000 and $5,000.

I have to say her animatronic is particularly ugly, I mean it doesn’t look anything like her!  I don’t know if hers is worse or the new Donald Trump animatronic in the Hall of Presidents!  I guess we know when Imagineering has it out for certain celebrities! hahahaha

So if you want to bring home this keepsake from the Ellen’s Energy Adventure you better get bidding! 😉

I want to know what you think about the Ellen DeGeneres Animatronic Figure being sold in an auction.