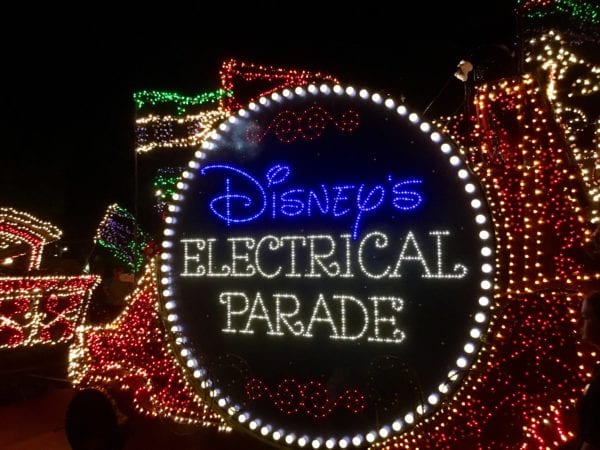 45 years and still going strong people still love the Main Street Electrical Parade.  This year it made the move from Walt Disney World to Disneyland in Anaheim and is still a crowd-pleaser.  Well now we have word that the Disneyland Main Street Electrical Parade will be extended from the original ending date of June 18th, to at least August 20th, through the busy Summer run.

Some have speculated on the future of the Main Street Electrical Parade since it is almost a half-century old, but Disney hasn’t yet made any comments about it.  It’s possible that some of the floats could be replaced or severely modified as there is some noticeable wear and tear on some of them.  Yet even so, it’s proven to be a timeless Disney classic, one that I always want to stop and see when I’m in the parks, I just can’t get that song out of my head!  I for sure will watch it this Summer in Disneyland.

With the Magic Kingdom replacing “Wishes” with the new “Happily Ever After” show, could Disney have a replacement in store for the legendary Main Street Electrical Parade?  The answer for sure is yes, it’s just a matter of when….

I want to know what you think about the Disneyland Main Street Electrical Parade being extended till August.  Are you happy to see it stick around a bit longer?  Do you want to see it replaced?  Let us know in the comments section below!