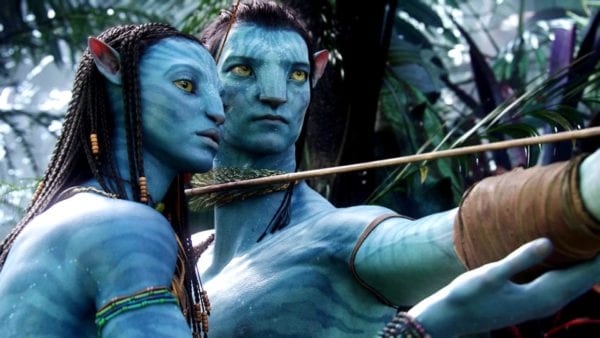 Starting Friday May 5th the Disney Springs AMC Theater is showing Avatar (the original film) to celebrate the May 27th opening of Pandora: The World of Avatar.  The new land in Disney’s Animal Kingdom was named after and inspired by the film, so this will bring even more buzz to the opening of Pandora

I also find it interesting that even though Avatar was the highest grossing movie of all-time, a ton of people who are big Disney World fans have never even seen the movie, and have even been a bit negative towards the Avatar presence coming to the park.  This will give guests a chance to familiarize themselves first with the film before visiting.

This is just the beginning as they announced an additional 4 Avatar sequels that are coming in the next years, so you better watch the first Avatar film to get caught up.

Avatar will be available in both 3D and Standard Digital viewings at the AMC.  It’s not yet known how long Avatar will run in the theaters, one would think at least up until the opening but perhaps even longer.

I want to know what you think about Disney Springs AMC Theater Showing Avatar.  Have you already seen Avatar?  Are you going to see it there?  Let us know in the comments section below!

Johnny Depp Visits Pirates of the Caribbean Ride in Disneyland
← Previous
Mickey Mouse Club Coming to Facebook as part of the Disney Digital Network
Next →
Click here to cancel reply.