VIDEO: Disney Sneak Peek at Happily Ever After 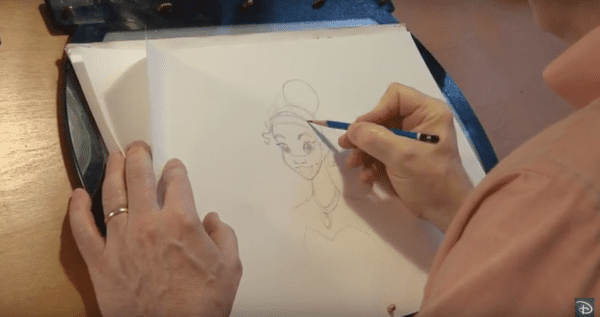 This week Disney is giving us another Sneak Peek at Happily Ever After, the new Nighttime Fireworks Show which replaces ‘Wishes’ at the Magic Kingdom.  A cool feature of this show which is a bit different from other ones are the Hand-drawn Character Animation Sequences which are projected up onto the castle and work together with all the other special effects of the show (fireworks, lights, etc).  Some of the Disney characters we get a look at in the video are Ursula, Aladdin, and Princess Tiana, but a bunch more will surely be shown during the show.

They show uses an advanced projection-mapping technology that brings these characters to life.  Check out the sneak peak in the video below where Randy Haycock, Mark Henn and Eric Goldberg talk about their experiences creating animation for Happily Ever After:

We also had a look recently at some of the music that’s going to be featured in Happily Ever After, and that sounds great too!  We don’t have that much time left until ‘Happily Ever After’ makes its debut on May 12th, 2017.  Stay tuned for more updates…

I want to know what you think about the Sneak Peek at Happily Ever After.  Do you like the character animation?  What else could they add to the show to make it even better?  Let us know in the comments section below!