This is a Disney Skyliner Construction Update.  Today we’re going to see the Disney Skyliner landing system being installed in Disney’s Hollywood Studios station, and take a better look at how the system works.  Just last week we saw images of the bull wheels being installed, and now with it all together you get a better idea of the final product.

As always we want to thank @bioreconstruct over on Twitter for taking these awesome shots, whenever we need construction shots he’s the best!  Let’s see how the installation of the landing system at the Hollywood Studios station is coming…

Here you can see a piece of the landing system which will load and unload the Disney Skyliner cars at the station, being lifted over to the station in Hollywood Studios: 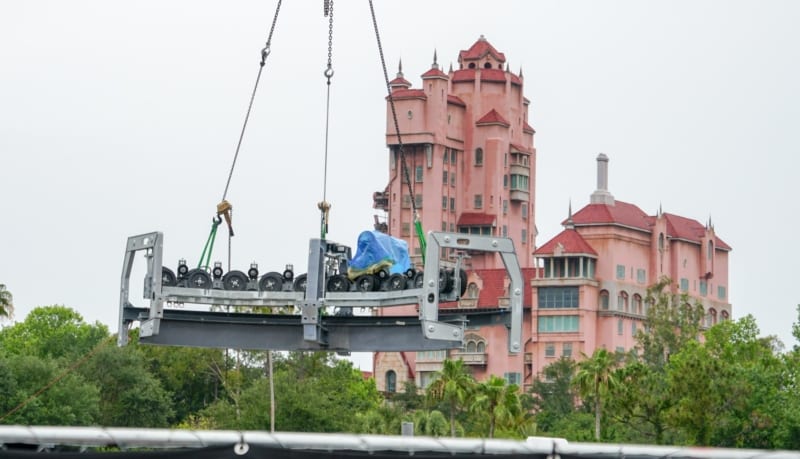 Each piece of the landing system is pre-assembled and then put into place by this big crane: 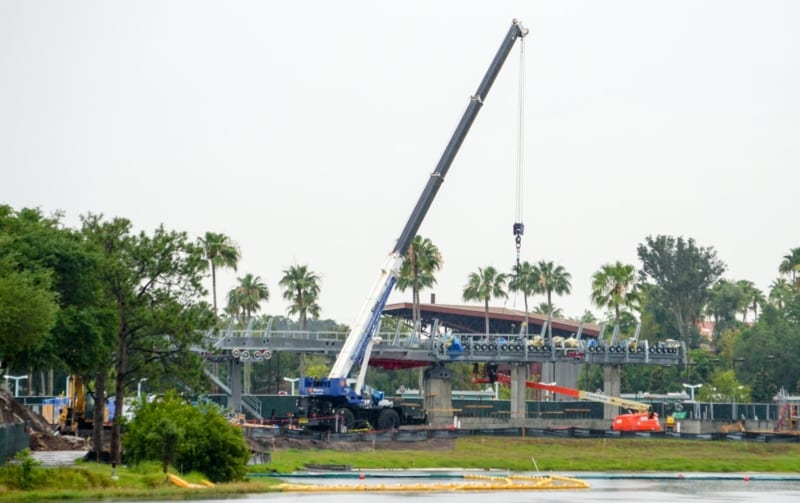 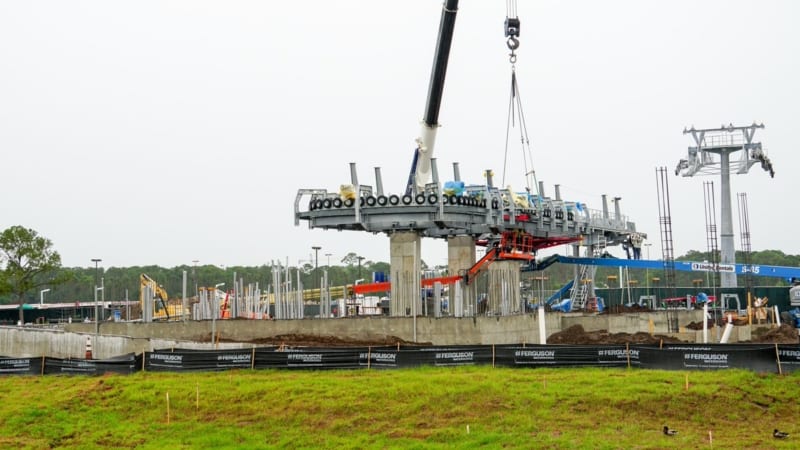 The Disney Skyliner Stations will have two turnarounds and here you can see pieces for the inner turnaround being installed: 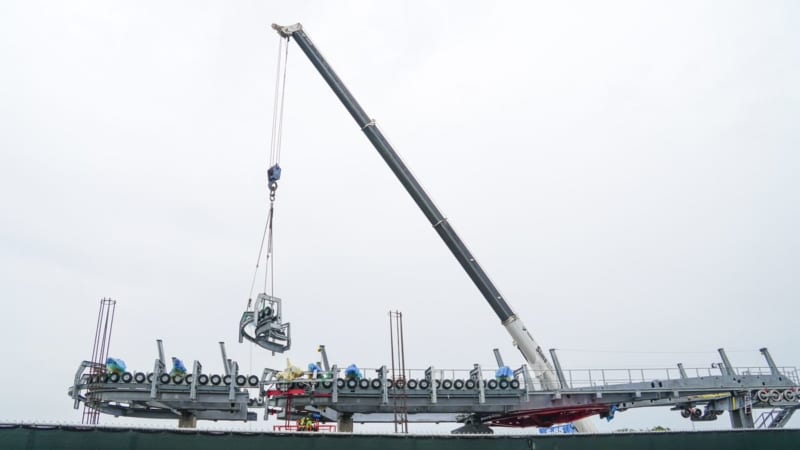 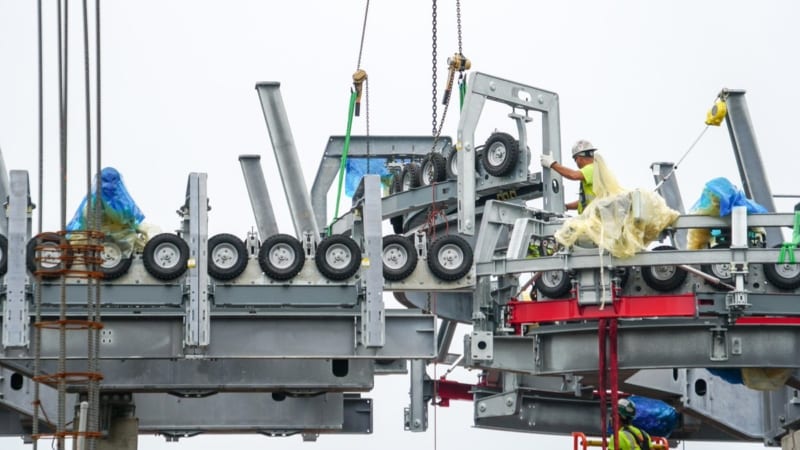 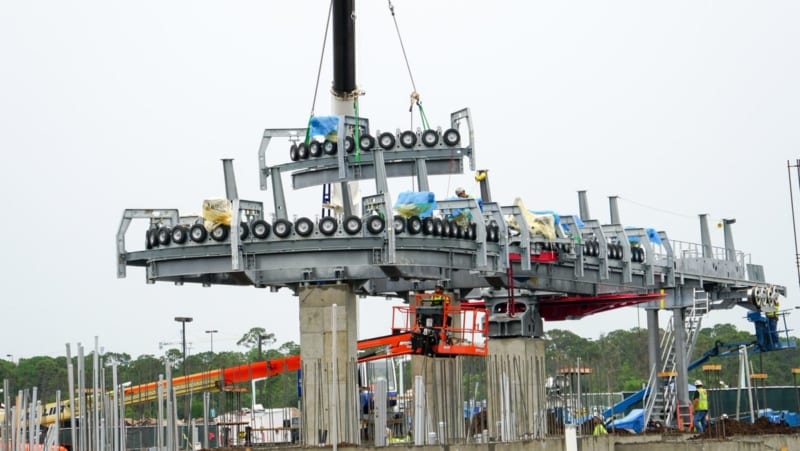 This is the gap for the inner turnaround: 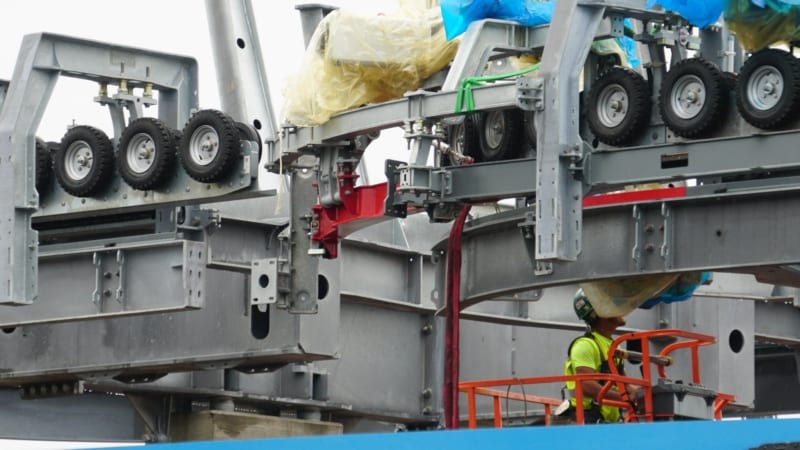 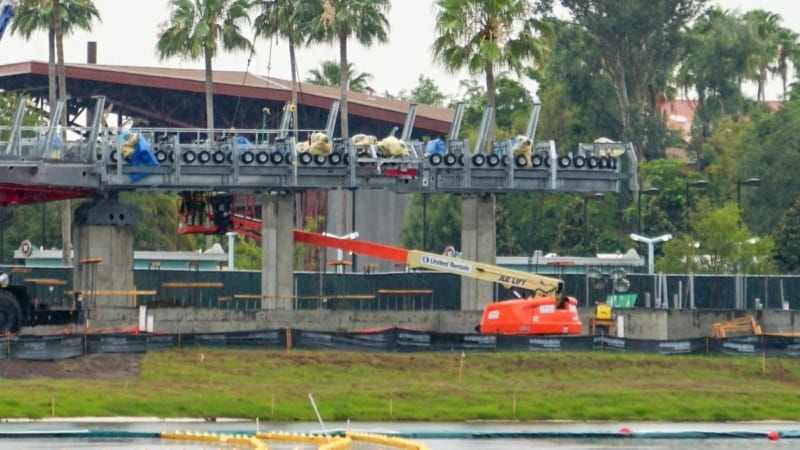 There are a tremendous amount of wheels in each section of the landing system: 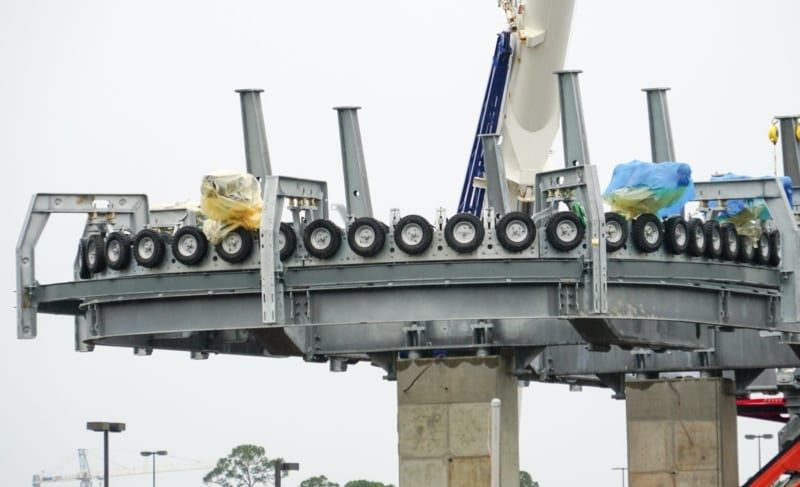 This is the inside of the track, showing how the Disney Skyliner cars are lead through the track: 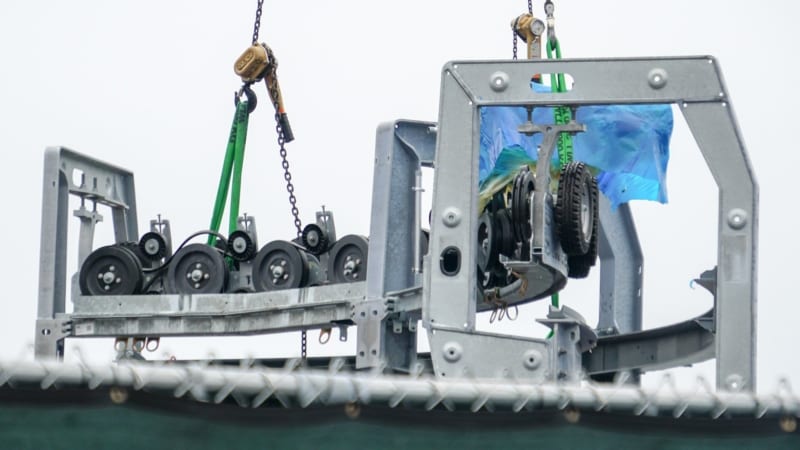 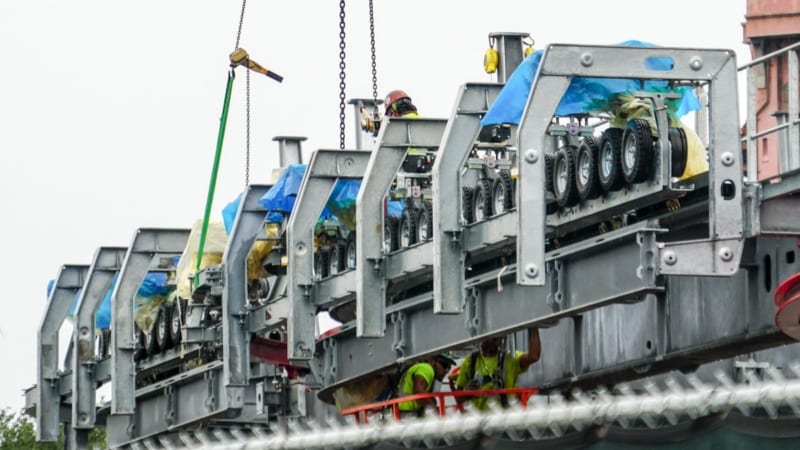 Here is a good view of the wheels where cable meets the landing: 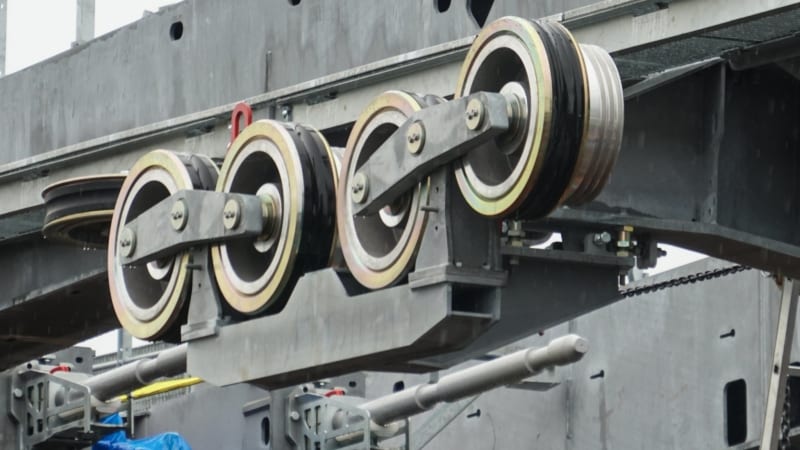 As we saw last week the bull wheels which will power the cables, you can now see them together with the other pieces of the Disney Skyliner landing system, giving you a better idea how it all works together: 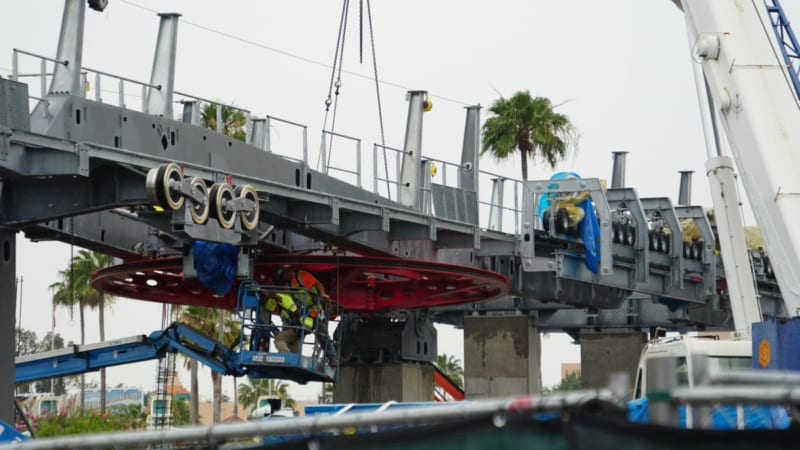 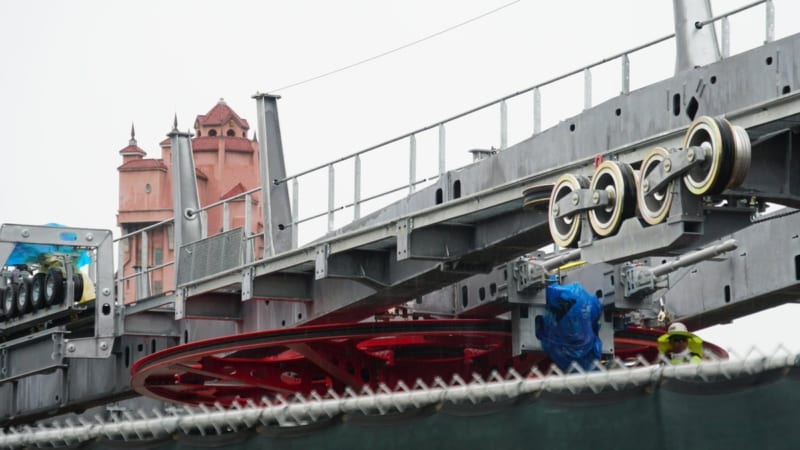 Over in Epcot, you can see one of the Disney Skyliner Towers rising up behind the Italy Pavilion.  This shouldn’t be visible unless you are in the lagoon or across on the other side of it: 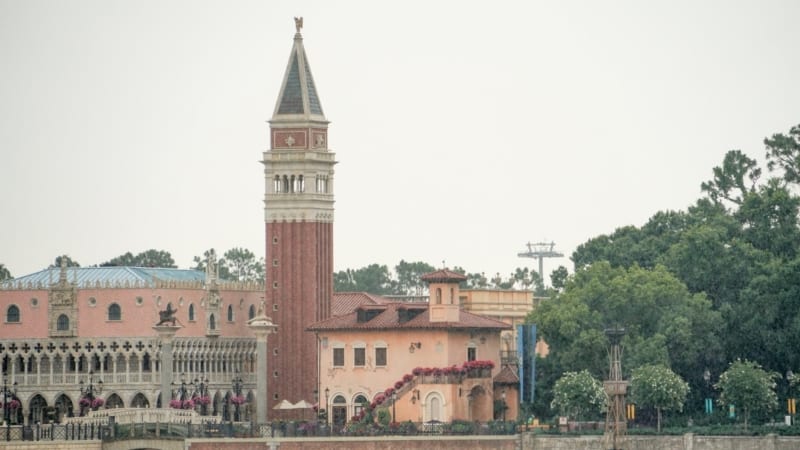 Lastly we can see the construction work being done on the Disney Skyliner turn station between the Riviera Resort and Epcot stations: 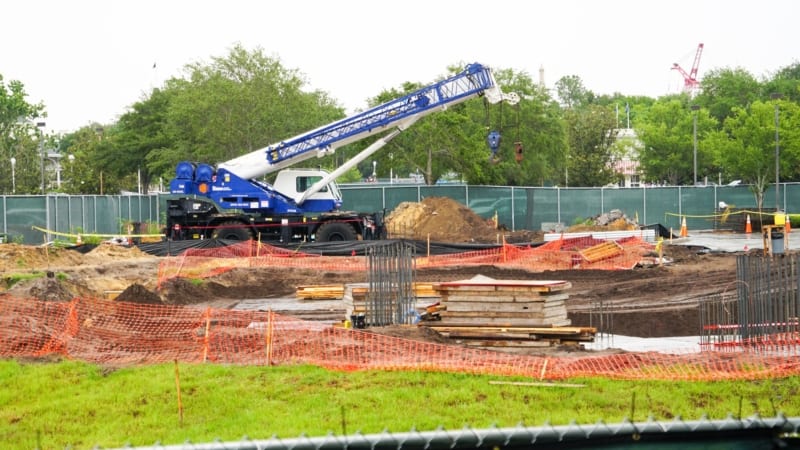 For an in-depth guide you can read our Disney Skyliner Gondola Guide for info on the capacity, air cooling, route and map.