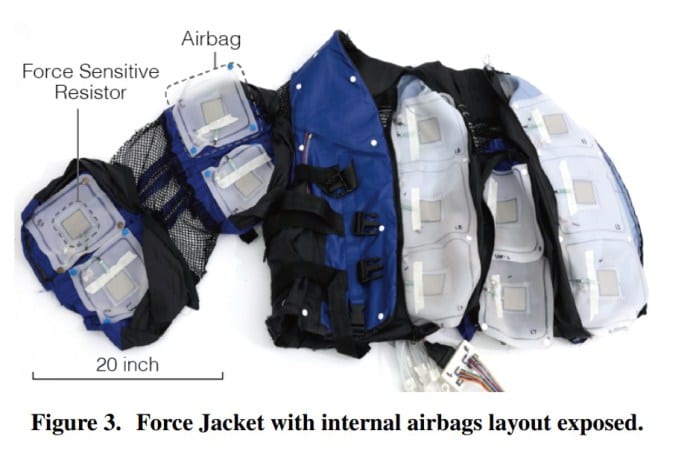 The problem with Virtual Reality is although it’s often beautiful visually, it lacks the realness to make the user actually feel like he is in that environment.  That might be changing after the news that Disney is developing the “Force Jacket” which could change virtual reality experiences like never before.  According to Variety, Disney is working with an R&D team from MIT and Carnegie Mellon University on this new technology. 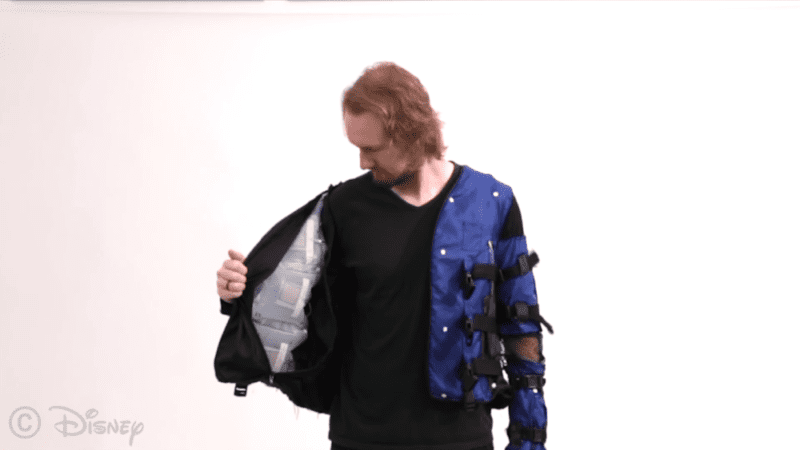 Basically the Force Jacket has “26 pneumatically-actuated airbags force sensors” inside the jacket which inflate and deflate according to what the user is watching visually.  This will allow them to actually feel whatever they are experiencing on screen.  They give the example of being in a snowball fight and feeling the snowballs hitting your body, a snake moving across your body or or being able to feel a hug.

This video explains how the Force Jacket works:

Just what Disney wants to use the Force Jacket is unknown at this time, but we could see this technology being used in a variety of ways throughout the Disney parks.  Right now I’m thinking of new attractions coming to Walt Disney World like Star Wars Galaxy’s Edge and the Battle Escape attraction, or something similar.  Imagine being able to feel getting hit by debris or enemy fire during the attraction.  Staying on the Star Wars theme, it could also be worked into the Star Wars Secrets of the Empire, which is a Hyper-Reality Experience created by ILMxLAB and The VOID.  If you’ve been to the location in Disney Springs or Downtown Disney, then you know how fun it is, and how much better it could even be with the Force Jacket.

The possibilities are limitless and makes for many exciting possibilities to put this technology in use.  We’ll keep you updated when we hear more about it!

Disney World Friendship Boats Closing for Refurbishment in May
← Previous
UPDATE: Na'vi River Journey Back Up and Running in Pandora The World of Avatar After Technical Difficulties
Next →
Click here to cancel reply.