It’s cool to look back and see what could have been in the Disney Parks and today we have a look at some rare concept art for the Critter Country 500, a dark ride based on the Country Bears that was proposed but never built for Critter Country in Disneyland.

Thanks to Kirk Hanson we got a look at some of the concept art for this ride, the Critter Country 500.  The dark ride started off with Henry and Sammy the raccoon as broadcasters for the race: 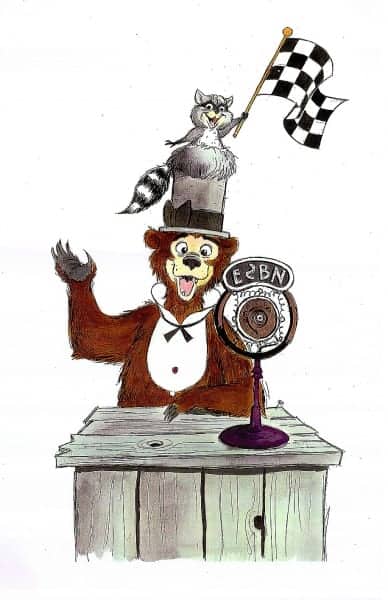 This looks like it would have been a lot of fun to drive!! ? 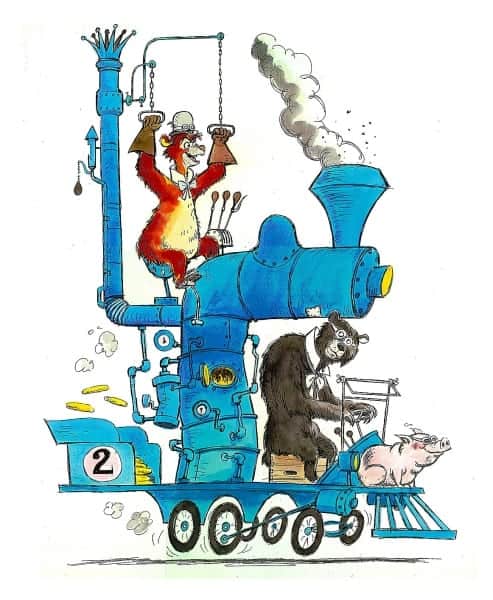 Guests would have gone through the dark ride racing against the Country Bears in their dilapidated and whacky vehicles!  Not surprising at all…??? 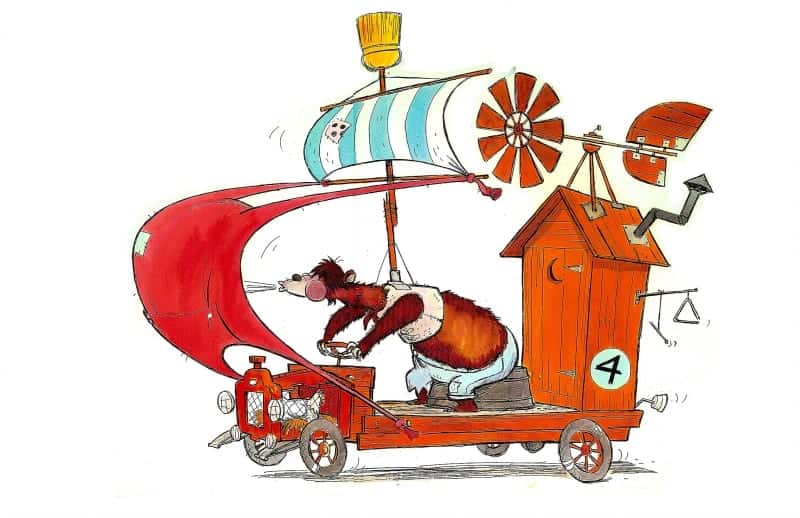 Eventually Disney chose to build The Many Adventures of Winnie the Pooh attraction instead of Critter Country 500.  Disney couldn’t ignore that at the time Winnie the Pooh was the second most popular character besides Mickey Mouse and they chose to go that route instead.

Still it’s cool to look back and see what could have been.  I think Disney made the right choice by going with Pooh from a financial and popularity standpoint, but I think this ride would have been super fun!