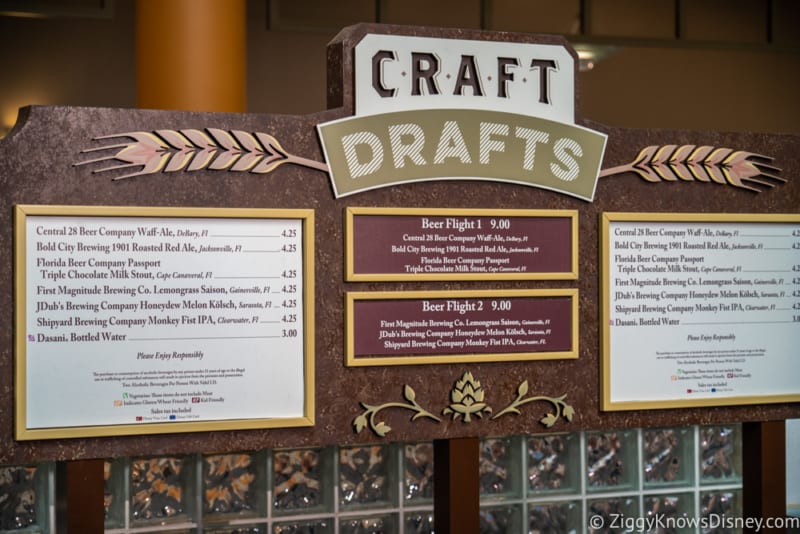 The beer drinkers will flock to here for sure, where you can get not one, but two different Beer Flights!  But Craft Drafts (formally Craft Beers) has undergone a big change since last year when they served food items too.  Let’s see if the changes were for the good or the bad in my Craft Beer Review: 2018 Epcot Food and Wine Festival….

So not only has the Craft Drafts marketplace changed names and menu, it’s also changed location too.  Last year you could find it in the Odyssey pavilion, but this year you have to go into the Food and Wine Festival Center in Future World East to get these amazing beers.  It’s located right next to the Shimmering Sips Mimosa Bar: 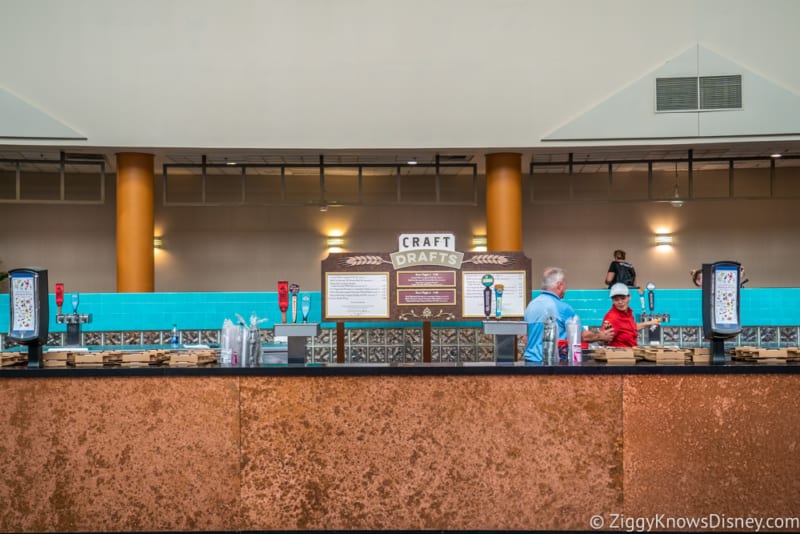 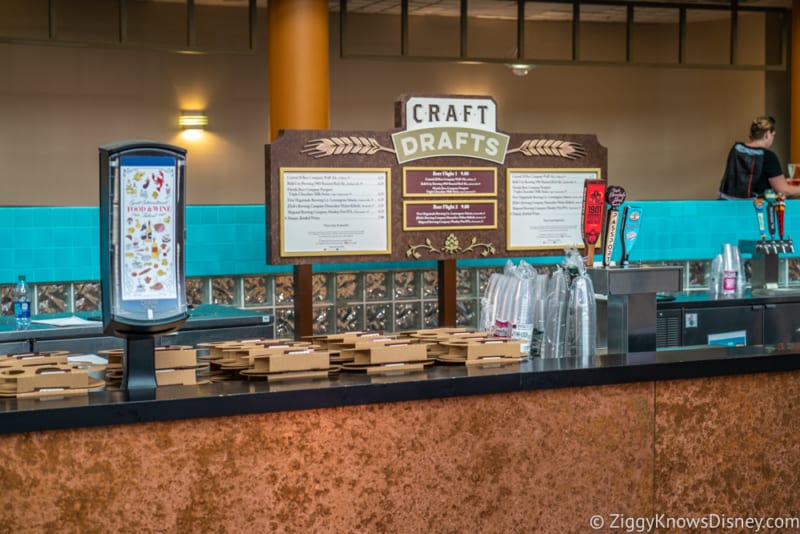 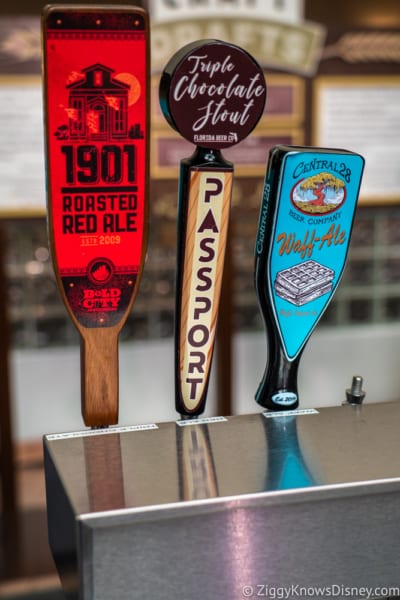 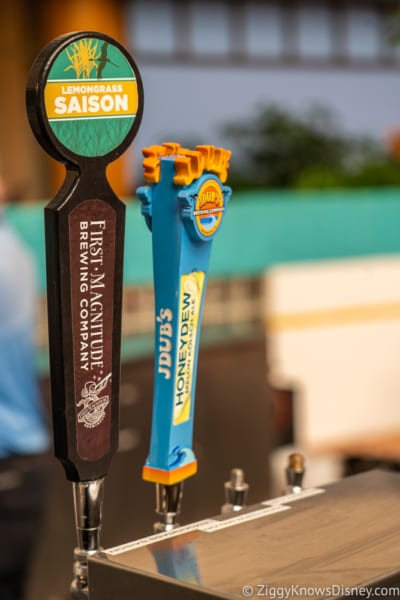 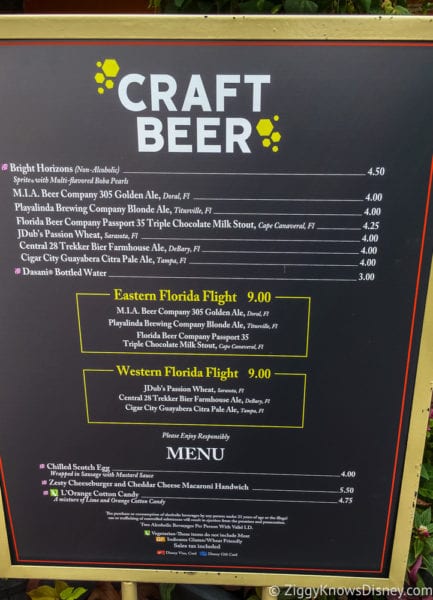 So the big difference in the Craft Drafts marketplace from last year to this year besides the name and location is that they eliminated all food from the menu.  Last year they had the Scotch Eggs, Cheeseburger Handwich and the Cotton Candy.

A couple of the beers are hold overs from last year but 4 of them are new, and some of them are pretty interesting choices… 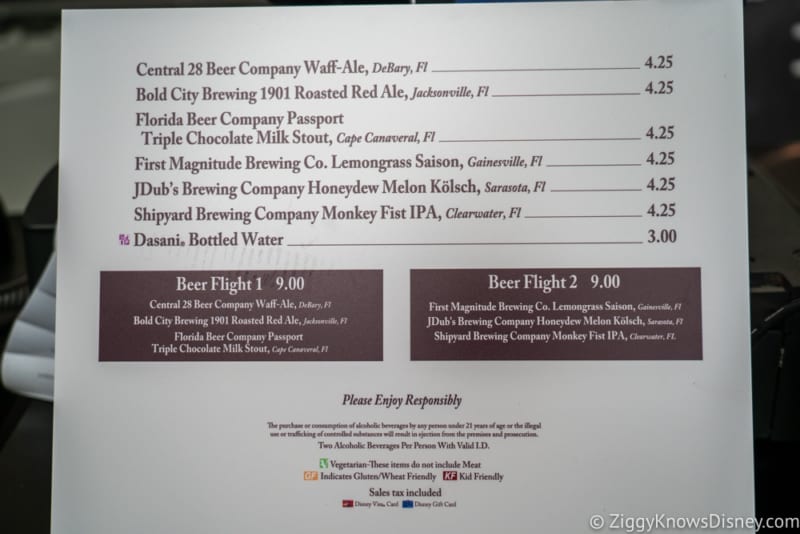 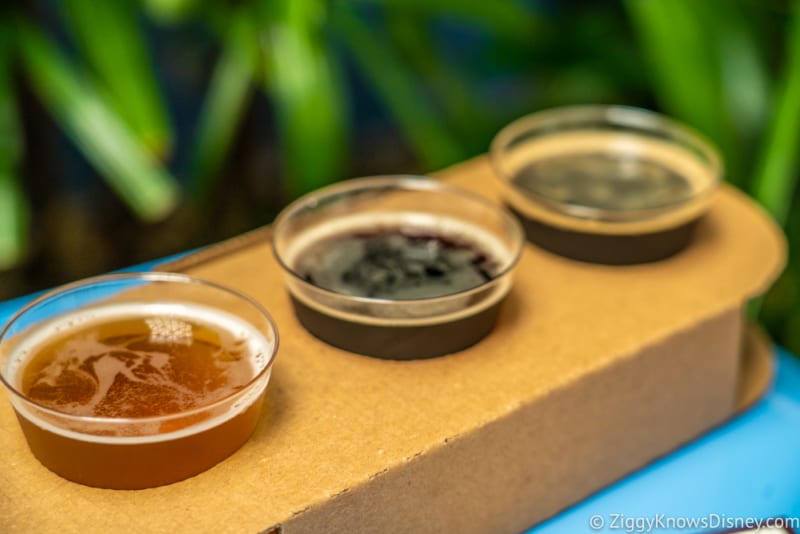 This was one of the only beers we really liked.  It’s supposed to taste like waffles, and it actually does.  It has a hint of syrup in it, and a little sweet.  But since we aren’t big bitter beer fans, this one was perfect for us!

This is a red ale that is a little different than most.  It was light on the hops which is a surprise for red ales, and was pretty smooth.  Also a nice choice.

This was our favorite beer of both flights.  If you’ve ever wondered what a tootsie roll beer would taste like, one sip here and you’ll understand.  It’s rich and has a wonderful chocolatey flavor to it which is sooooo addicting! 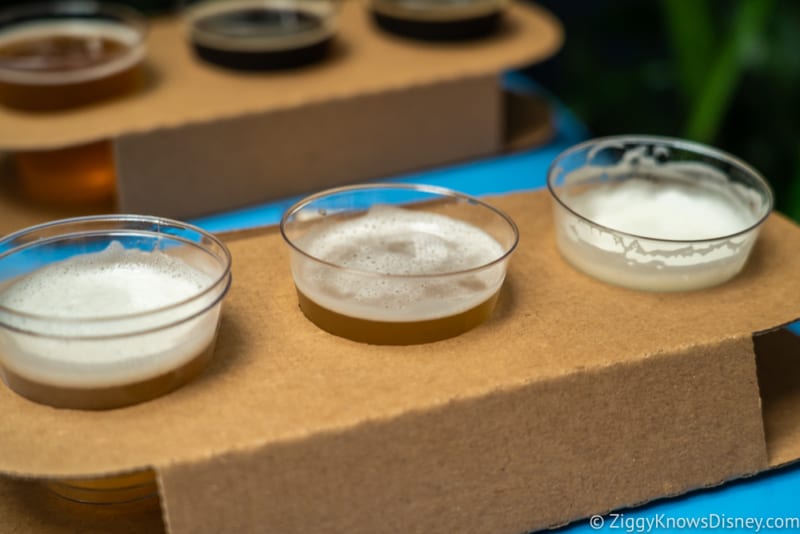 Of the second beer flight, this was the only one that was actually decent in our opinion.  It was light and easy to drink, but a little lacking on flavor.

This is supposed to taste like honeydew melon, but we couldn’t taste it in there at all, basically tasted like air.  Not worth trying.

We saved the worst one for last.  When they filled up the cup it was 75 head and 25 beer.  Either way it’s a normal IPA and something you can just as easily buy at Publix so not something you want to spend money on here at Food and Wine.

Without any food it’s hard for me to go absolutely crazy about the Craft Drafts marketplace.  Yes a couple of the beers are pretty good, especially the Triple Chocolate Milk Stout which we’d get over and over again.  But we have to dock Craft Drafts a bit for the lack of food options that they had last year.  Imo there are a lot better places for beer throughout the rest of the festival where you can also get good food.  Don’t make a special trip here unless it’s for the Triple Chocolate Milk Stout.

If you have to get just one thing: Florida Beer Company Passport Triple Chocolate Milk Stout

I want you to be able to have the best info on the Festival so you have a great time and don’t waste your time!  Take a look at all of my 2018 Epcot Food and Wine articles including: