Construction Has Begun on the Ratatouille Attraction in Epcot 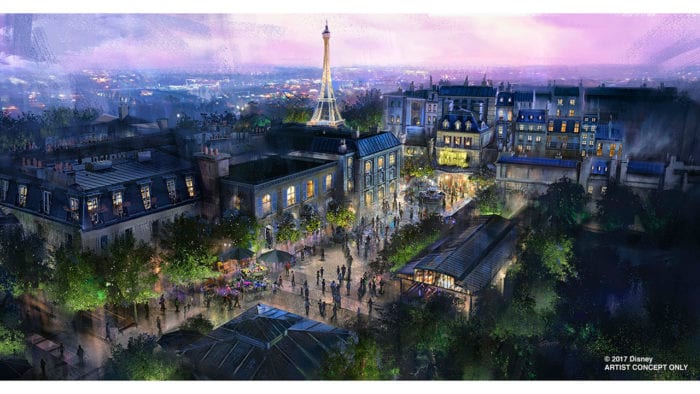 According to Chip and Co. Construction has begun on the Ratatouille Attraction in Epcot.  It began on Wednesday Sept 20th.  Now the obviously question is why aren’t we able to see anything then?  That’s because all the work so far is going on behind the scenes and isn’t visible to park guests.  This comes right after the news yesterday that the land has been cleared for the Guardians of the Galaxy Coaster also in Epcot.

We also know that the Ratatouille attraction will be completed before October 2021, in time for the 50th Anniversary of the Walt Disney World Resort.  As of now we don’t have an exact date however.  Some are reporting it will take 4 years, which would bring us right up to the 50th Anniversary celebration.  I find it to be absurd for one attraction, some shops and maybe a dining option to take 4 whole years to build, considering it took less than 3 1/2 years to build ALL of Epcot!!

We should have a better idea in a few months when we start to see some exterior progress on the attraction.

It’s an exciting time to be a Disney Parks fan as we also are waiting for a Guardians of the Galaxy coaster in Epcot, a Tron Coaster in the Magic Kingdom and Mickey and Minnie’s Runaway Railway in Hollywood Studios, just to name a few, all before the 50th Anniversary of WDW.  Not to mention Toy Story Land and Star Wars Galaxy’s Edge!  Good times indeed! 🙂

FYI: When I was down in the Utilidors last week, I noticed a display with concept art for future WDW attractions and they had dates of 2021 for both the Tron and Guardians of the Galaxy attractions.  Now again that might just mean they will for sure be open by then but maybe sooner, but it also might mean we have to actually wait 4 years for them.  I hope it’s the former, but the way Disney moves sometimes I fear for the latter…

I want to know what you think about that the construction has begun on Ratatouille attraction in Epcot.  Are you excited that it’s coming to Epcot?  What attractions are you most excited for that’s coming to Walt Disney World for the 50th Anniversary?  Let us know in the comments section below!