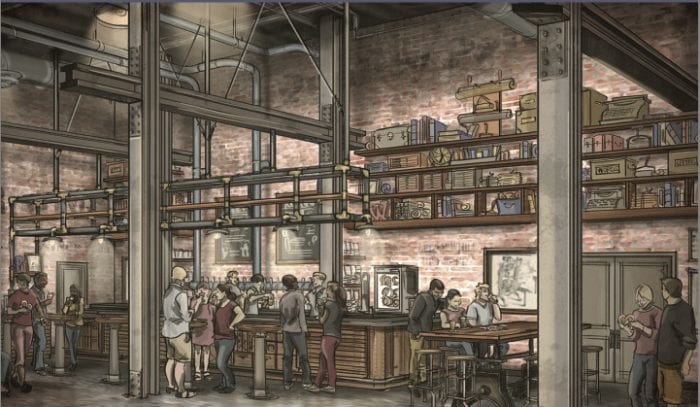 There’s a brand new Pub restaurant named BaseLine Tap House coming to Hollywood Studios this Fall.  In fact the BaseLine Tap House is going to be part of a new Grand Avenue Area of the park.   This I guess comes a little unexpected as we haven’t yet heard anything about this Grand Avenue area, but now we find out we are getting a new Pub for the area. 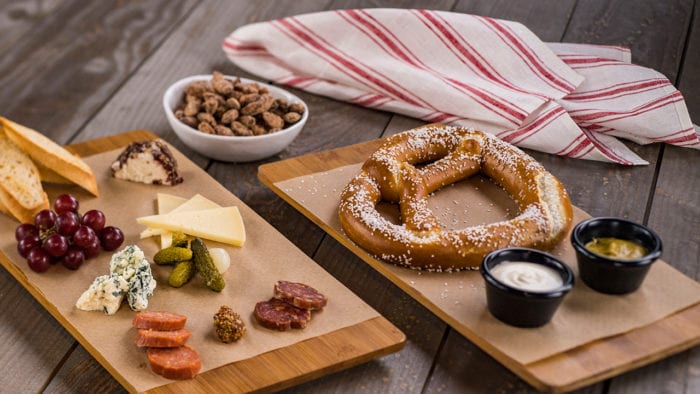 The new Grand Avenue is being totally re-imagined by Walt Disney Imagineers to show the spirit of modern-day Los Angeles, showing the different cultures and districts of the city.  The BaseLine Tap will be in the former Writer’s Stop between the Sci-Fi Dine-In Theater and the former Streets of America, right near the entrance to Muppets Courtyard.

The brick building that will house the BaseLine Tap House will have a backstory: now residing where the Figueroa Printing Company was, a mom-and-pop print house that had ties to the Disney studios in nearby Burbank.  Disney is billing it as a nice relaxing spot where you can enjoy a drink and snack. 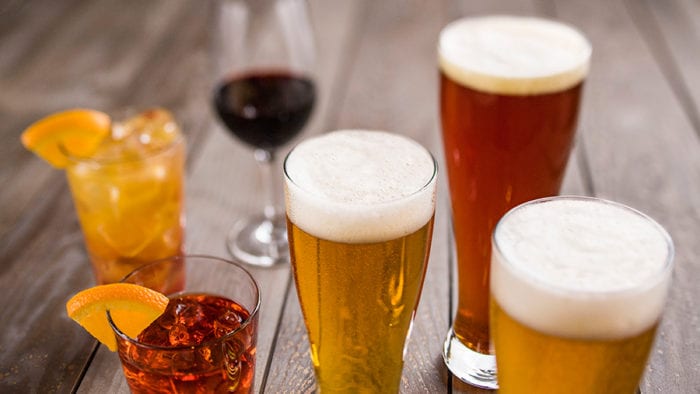 The menu is going to focus on California craft ales, lagers and cider, as well as California wines on tap along with specialty cocktails.  There’s also a gourmet non-alcoholic lemonade and soda on tap too, and snacks like a Bavarian pretzel with mustard and beer-cheese fondue, spiced almonds or a charcuterie board featuring California cheeses.  These offerings are very similar to the former Writer’s Stop Lounge, and makes me wonder if they couldn’t have been a little more inventive.

This whole thing comes a little surprising honestly as Hollywood Studios already has a bunch of bar/pub locations, and an area like Grand Avenue seems a little weird as Disney has really moved towards more IP presence in Hollywood Studios with Toy Story and Star Wars.  So having another California-based area is an odd move and makes me wonder if this is really the long-term play for Disney here.  Could this area be a holding area until Star Wars Galaxy’s Edge needs some expansion space in the future?

I’m all for beer and wine and it’s nice to have options, but It’ll be interesting to see if this area will stick around or if it’s temporary and part of another transformation down the line.

I want to know what you think about BaseLine Tap House coming to Hollywood Studios.   Is this a good choice?  Do you like the sound of the Grand Avenue area or would you prefer to see something else?  Let us know in the comments section below!