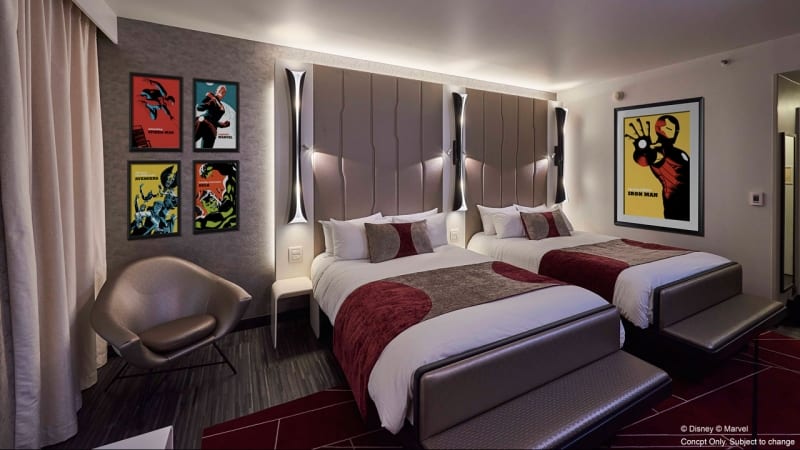 Disneyland Paris is re-imagining one of its resort hotels Disney’s Hotel New York into The Art of Marvel Hotel.  Expect it to showcase the dynamic, inspiring world of Super Heroes with theming including including Iron Man, The Avengers, and Spider Man among others in a contemporary art gallery style.  The Art of Marvel has an opening date of 2020.

In the shot above you can see a sneak peek inside one of the rooms of The Art of Marvel Hotel.  Notice how everything is of course themed to Marvel.  I’m loving that Iron Man poster over the bed!! 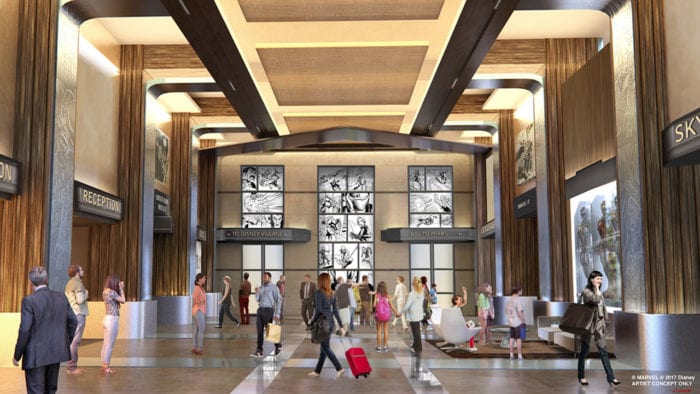 But that’s not all for Marvel fans at Disneyland Paris.

The Art of Marvel Hotel was just one of the Disney resorts we heard new info about at D23 Expo Japan.  We also got some new details about the Star Wars Hotel coming to Walt Disney World.  While The Art of Marvel won’t be exactly as immersive as the Star Wars Hotel, you can see Disney is really investing in hotel theming moving forward and I love the fact that Marvel is getting used.  It has so many great characters to draw from, there’s a limitless number of possibilities for the future.  Here’s hoping we get something similar stateside eventually.  Maybe adjacent to Disney California Adventure and the new Marvel Land going there?

I want to know what you think about the The Art of Marvel Hotel New Details.  Do you like Marvel as a Disney hotel theme?  What unique Marvel experiences would you like to see there?  Let us know in the comments section below!