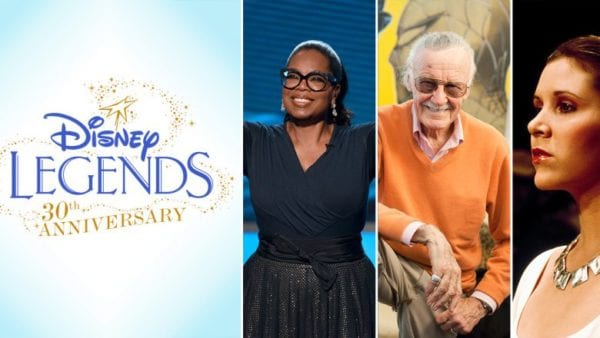 Yesterday Disney announced the lineup for the 2017 Disney Legends. This year is the 30th Anniversary of Disney Legends and celebrates the incredible contributions these people made to the Disney legacy.

The 2017 Disney Legends are as follows:

The honorees will be inducted in a ceremony at the Anaheim Convention Center on Friday July 14th, 2017 during the D23 Expo, and hosted by Disney CEO Bob Iger.

I think this is a good lineup of inductees, I love when some of the people who are more behind the scenes and don’t usually get a ton of recognition are able to get some during an event like this.

Tickets and more information are available now at D23expo.com.

I want to know what you think about the 2017 Disney Legends announcement.  Do you agree with the selections?  Is there someone who was left out that you feel is deserving?  Let us know in the comments section below!

VIDEO: Behind the Scenes Beauty and the Beast Musical on the Disney Dream
← Previous
The Rock Starring in Disney's Jungle Cruise Movie
Next →
Click here to cancel reply.