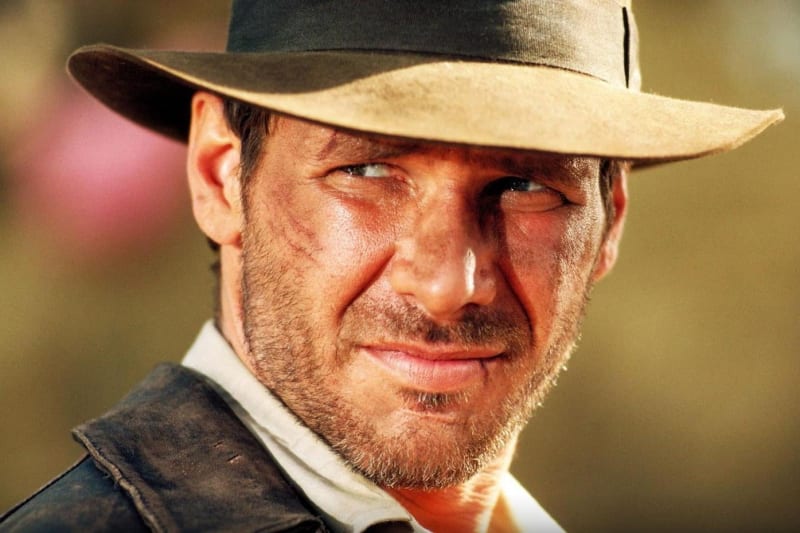 We got word just a couple of weeks ago that Harrison Ford is once again coming back to play our favorite explorer/archeologist Dr. Jones in Indiana Jones 5, which starts filming in April 2019 in the United Kingdom.  That being said, Stephen Spielberg had some interesting news in an interview with The Sun, and he said that this will be the last time Harrison Ford will play Indiana Jones and the next time we could be seeing a woman Indiana Jones.

“This will be Harrison Ford’s last Indiana Jones movie, I am pretty sure, but it will certainly continue after that,” he said.  This is interesting in its own right because this pretty much guarantees that the Indiana Jones franchise is going to connote for years to come.

But it gets even more juicy as Spielberg continues: “We’d have to change the name from Jones to Joan. And there would be nothing wrong with that,” he said.

I’m all for woman’s equality and everything, but it would be super strange imo seeing a character as iconic as Indiana Jones be played by a woman, it just seems weird. I mean you could invent another character similar to him, maybe a daughter or granddaughter or something who could continue the legacy, but to reboot the franchise with a woman playing the exact same character?

That leads to other questions though.  Could Harrison Ford die in Indiana Jones 5?  We know Disney doesn’t have any problem killing off his characters no matter how iconic they are as he was swiftly stabbed and dropped into an infinitely tall pit in Starkiller Base in The Force Awakens, would Disney do it again?

I want to know what you think about a Woman Indiana Jones.

ARE YOU KIDDING ME??? I am not sexist but let's keep characters where they originally belong and were written as. If they kill off Ford again or replace him with a woman version of him I am totally done with the ALL franchises of Indiana Jones, Disney and Star Wars and etc. Think of it this way, What would you think if they replaced Cinderella with a guy? I already know they tried doing that many, many years ago by calling him "Cinderfella" and look where it got... NO WHERE! Or how about Princess Ariel with Aquaman? Simba the lion with a turtle? No offense Crush you're still gnarly in my book dude or should I now say Dudette? AARGH! Or better yet instead of Captain America how about Corporal punishment, because that is what it will come down to any day now. LET THE SEXES BE AS IS!!! Like the old saying goes if it aint broke don't fix it!!! Just my two cents. AGAIN if I offended anyone oh well too bad, just move along!