Will Smith Playing Genie in an Aladdin Live Action Remake? 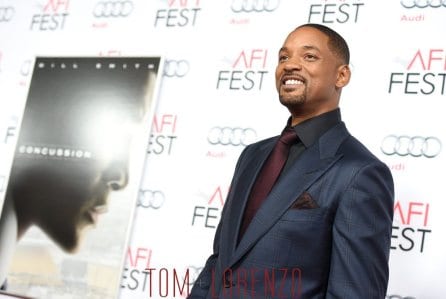 Seeing that the Live Action remakes are all the rage these days at Disney, the next one in line seems to be Aladdin, and there’s the possibility of Will Smith playing Genie (previously played by the late Robin Williams).  According to Deadline.com Smith is in talks with Disney about the role, even though things are still in the early stages and it might not amount to anything.

Will Smith was also in talks recently to have a role in the Live Action version of Dumbo, but things never panned out.

Smith has a musical backround, starting out his career as a rapper, so it might end up being a nice fit.  He also has a big personality which is needed to portray the Genie.  Beauty and the Beast has already reached the $1 Billion mark at the Box Office, so you can see why Disney wants to keep pumping these out as they are money makers.  The original animated version of Aladdin grossed over $500 million which is very impressive being 25 years ago.

Filming is supposed to start this July.  Stay tuned for more updates.

I want to know what you think about Will Smith Playing Genie in the Aladdin Live Action remake.  Do you think Will Smith is a good choice for the role?  Should anyone even try to replace Robin Williams?  Let us know in the comments section below!