The good news keeps getting better with regards to Disney World.  Permits have been filed with the South Florida Water Management District for a Typhoon Lagoon expansion!  According to the report it would be an expansion of 2.28 acres to the north of the park’s boundary. 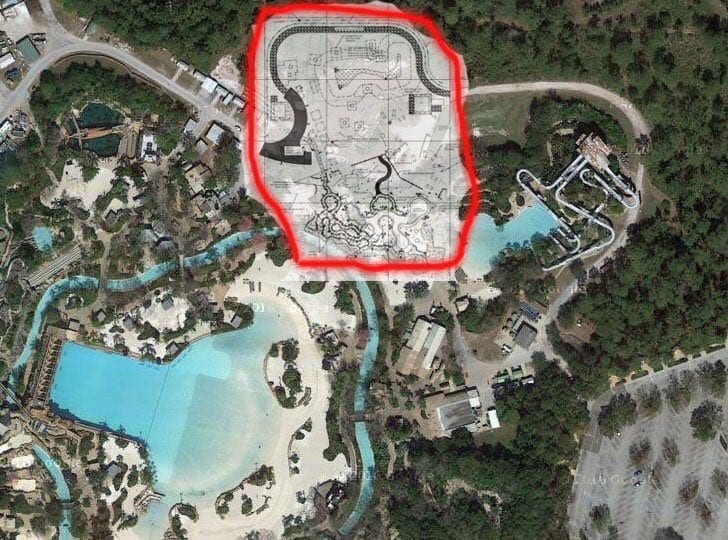 The report says: “construction of new guest areas, including a water feature.  Sidewalks and landscaped areas will be provided for guest access.”  Supposedly the new attraction will be a “family raft ride” and would have an elevated flume/track.  If you look at the image below the new family raft ride would be about to the north west of Crush n Gusher.

I LOVE family raft rides and this will be a much needed addition in my opinion to Typhoon Lagoon.  The park opened in 1989 and hasn’t had any upgrades in some years.  It’s not known exactly when this new attraction will open, but the early guess is in time for the 2017 season.  This will be good timing as Universal is set to open it’s new Volcano Bay water park and Disney needs to keep up with the competition.  Disney keeps investing in it’s parks and for us as fans that’s always good news!

Go Behind the Scenes of Soarin Around the World
← Previous
Chef Scott Hunnel being promoted at Grand Floridian
Next →
Click here to cancel reply.

[…] As I reported a while back one of Disney’s water parks is making an expansion.  Well now today we got confirmation on Miss Fortune Falls coming to Typhoon Lagoon.  Miss Fortune Falls is a family style raft ride that will share with people the story of the fictitious Captain Mary Oceaneer, a treasure hunter, who was stranded at Typhoon Lagoon years ago by a storm. […]