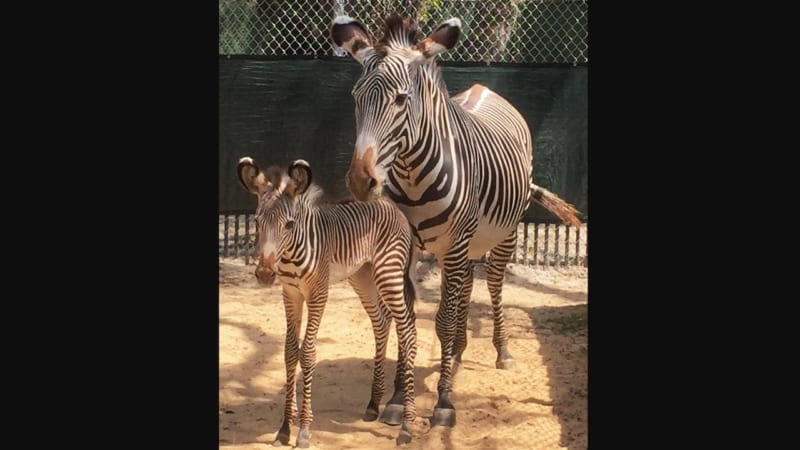 It’s been a great year for new animals being born in Walt Disney World, and now we are happy to tell you about two new baby Zebras Born in Disney’s Animal Kingdom Park.  Disney announced the news today about the two female Grevy’s zebras, which are the most endangered species of zebras in the world.  Their natural habitat is in Africa naturally, but there are only 2,500 of them remaining.

The first baby zebra (or foal as they are called) was born April 26 to Laylee and the second one was born on May 1 to Zuri (maybe some relation to the Sweets Shop?).  The zebras are from the group that is out on the Gorilla Falls Exploration Trail and these two new baby zebras will soon be joining the rest of the herd.

These zebras are in the long line of baby animals born in Disney’s Animal Kingdom recently.  Last Summer there were two baby tiger cubs born, (Anala and Jeda on the Maharajah Jungle Trek), and we also were introduced to a new baby hippo Augustus, who was absolutely adorable and not to mention the two baby giraffes too!

Of course Disney works super hard to make sure these sometimes endangered animals have the absolute best care available.  In fact the births are part of the Species Survival Plan, which helps increase the population of endangered and threatened species.  Disney also contributes to the Imperiled Species Conservation Project (ISCP), which allows cast members to help support the cause through animal conservation.  Recently some cast members travelled to Africa to participate in the ISCP program and Disney has also donated towards this cause. 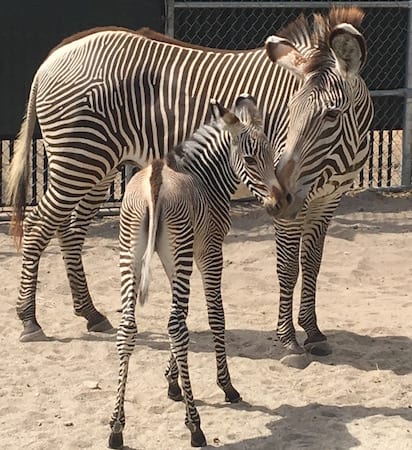 Later on this year even more cast members will travel to other parts of the earth in an effort to help the world’s endangered species populations, helping such animals as: painted dogs, dolphins, gorillas, Guam rails and kingfishers, rhinos, sharks and vultures.  Hopefully with more research and studying these wonderful animals, animal care experts will be able to help species like the Grevy’s zebras and more to continue to survive.

Go to DisneyAnimals.com for more information about the Grevy’s zebras and other animals at risk and what Disney is doing to help.