The Music of Pixar LIVE Coming to Disney’s Hollywood Studios 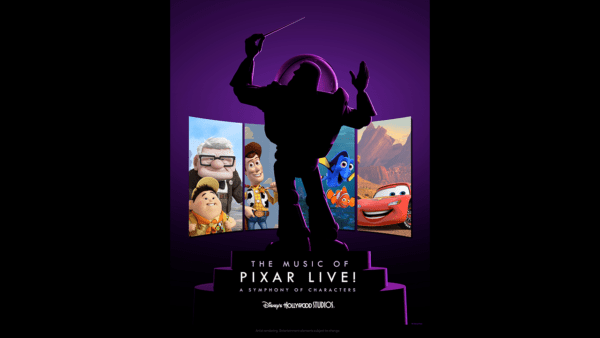 The music from Pixar films is certainly memorable, everything from Toy Story to Cars, you can’t help but get those tunes stuck in your head.  Well this Summer in Disney’s Hollywood Studios the musical event “The Music of Pixar LIVE! A Symphony of Characters” will be brought to life.  It will have some of the most memorable songs from the Pixar library and will include a live orchestra as well as some surprise Pixar Characters will make an appearance.

The spectacular kicks off May 26th and be presented 3 times nightly at the “Theater of the Stars.”  Some of your favorite tunes from your favorite Pixar films will be included!  It sounds like a ball and I hope a lot of Toy Story songs are included in there!  Stay tuned for more info!

I want to know what you think about the Music of Pixar LIVE coming to Hollywood Studios.  Do you like the idea for the show?  What films and songs would you like to see represented?   Let us know in the comments section below!