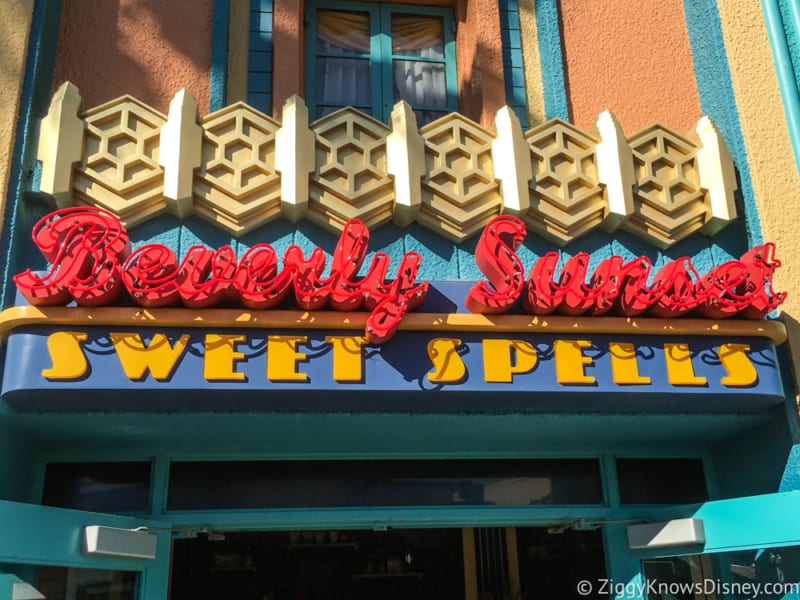 Today it’s been confirmed that Sweet Spells is closing permanently in Disney’s Hollywood Studios starting April 16, 2018.  A new Pixar Store will be opening in its place starting June 30, 2018 (the same day Toy Story Land opens) and it will be the primary location for all Pixar merchandise in Hollywood Studios.

Of course Sweet Spells, located on Sunset Blvd, always offered up so many tasty treats, but the kitchen and snacks will be removed for the new Pixar store.  You’ll be able to find some of the prepackaged items in other stores around Hollywood Studios instead.

While we don’t yet know what kind of shops or merchandise will be sold in Toy Story Land, I have to wonder if this is to split up some of the traffic that will be going to Toy Story Land looking for merchandise, especially in the first few days of opening.  It will be interesting to see where Disney sells the limited edition stuff, and it would actually make sense logistically keeping all the shoppers from crowding up the lines into Toy Story Land during the opening.

We’ll keep you posted as soon as we know what merchandise is coming to the new Pixar Store.

I want to know what you think about Sweet Spells Closing Permanently in Disney’s Hollywood Studios.