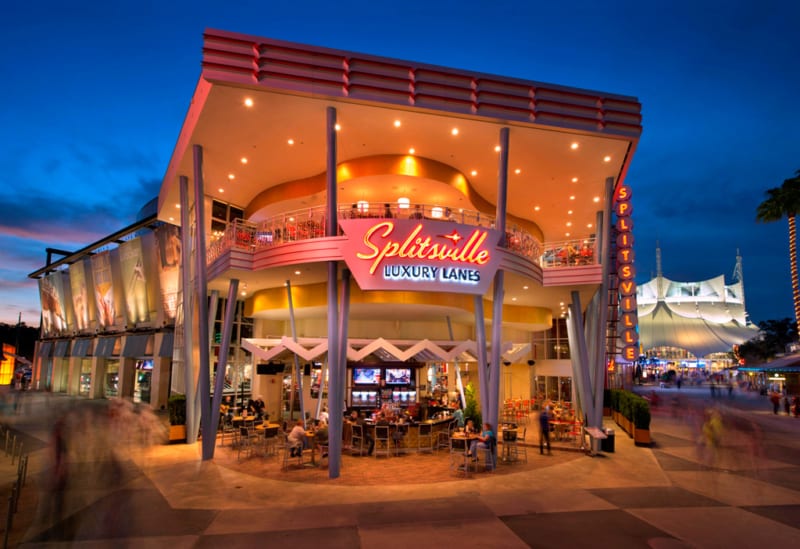 Splitsville Luxury Lanes is one of the absolute hidden gems of the Walt Disney World Resort, and a new one is opening up soon in the Downtown Disney District at the Disneyland Resort.  If you aren’t familiar with Splitsville, it’s a really fun place to go which combines great food with bowling, billiards and more.  The new Splitsville Luxury Lanes will be a spectacular 40,000-square-foot, two-story venue!

The Disney Parks Blog shared a Splitsville Luxury Lanes preview today with an all new video giving a sneak peak of what it will be like, and it’s even unique from its Walt Disney World cousin.  The environment will fuse modern elements with a mid-century vibe, featuring floor-to-ceiling windows, an expansive outdoor patio, two state-of-the-art kitchens and 20 bowling lanes interspersed throughout!  Some distinctly Californian touches are also being added…

Check out the construction progress for Splitsville Luxury Lanes in Downtown Disney:

I’m excited for the new Splitsville Luxury Lanes as it’s going to add a must-go destination to Downtown Disney which will be receiving a major transformation in the next few years.

Loved splitsville. The atmosphere and the food and of course the fun of bowling. A great place to go day or night