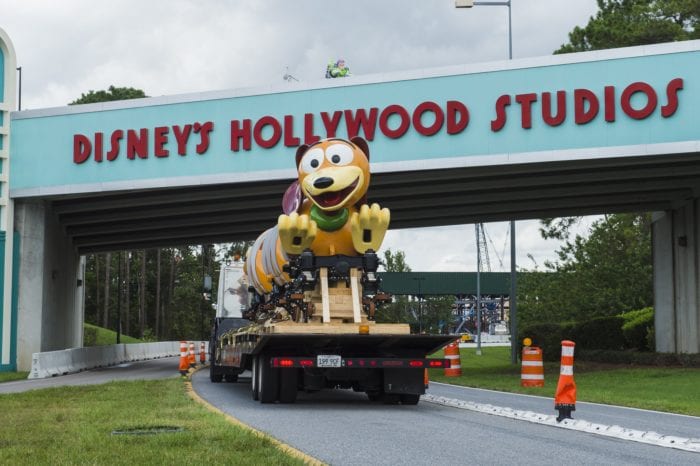 Earlier this week we posted a first look at the Slinky Dog Dash Coaster Ride Vehicle arriving at Disney’s Hollywood Studios.  Because today is National Slinky Day, Disney has prepared a special video for us showing that scene of it driving down the road.  We knew it couldn’t have been a coincidence that the ride vehicle was spotted so easily! 😉

Check out the cute video below of the Slinky Dog Dash Ride Vehicle arriving at Disney’s Hollywood Studios:

Slinky Dog Dash Coaster is going to be one of 2 new attractions that will be part of Toy Story Land, an 11-acre land in the back of Disney’s Hollywood Studios.  Guests will walk into this new land and it will seem like you’re walking around Andy’s backyard, shrunk down to the same size as his toys.   The Slinky Dog Dash Coaster will be a family-friendly coaster (think a little more intense than Seven Dwarfs Mine Train), which will be themed as if Andy built it in his backyard using his Mega Coaster Play Kit. 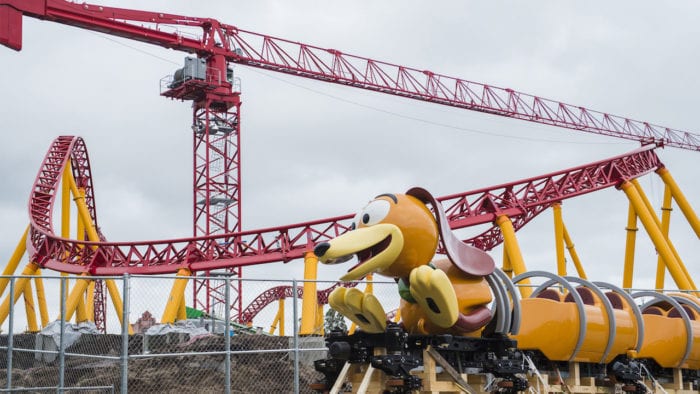 The second attraction is called Alien Swirling Saucers and is a toy play set that Andy got from the famous Pizza Planet.  The idea sounds fun with Aliens lying around in their toy flying saucers and trying to capture your rocket toy vehicle using “The Claw.”  We’ll have to wait and see just exactly what the execution is on this attraction, if it can be more than just a Tea Cups ride with aliens on the side.

Toy Story Land is expected to open in the Summer of 2017.  Stay tuned for more..

I want to know what you think about the Slinky Dog Dash Coaster Ride Vehicle.  Do you like the design?  What upcoming attraction are you most excited for?  Let us know in the comments section below!